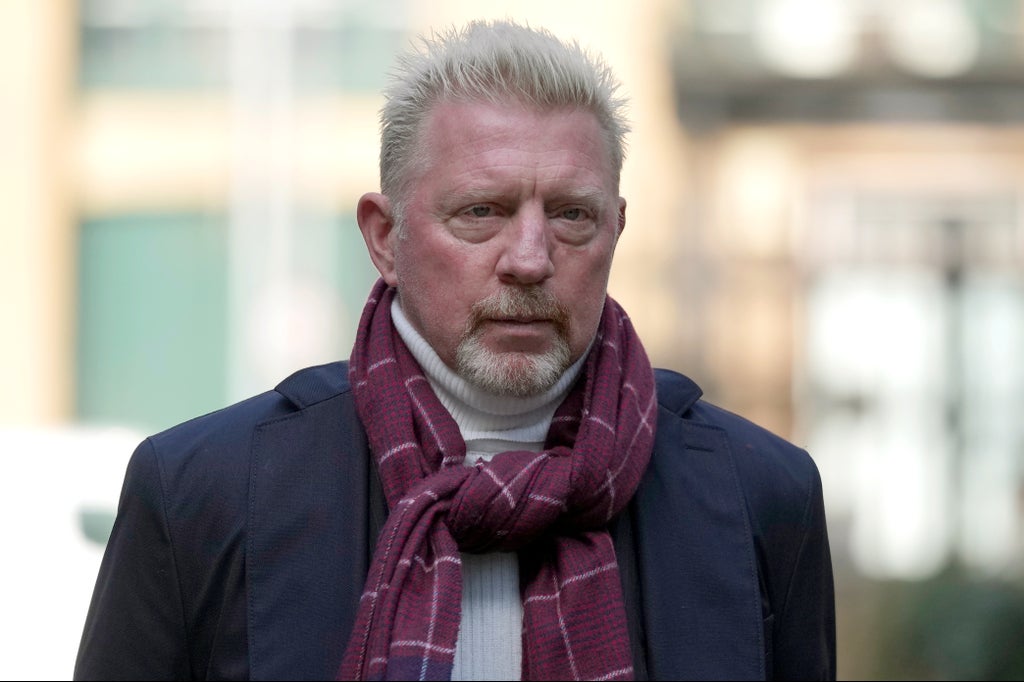 ennis star Boris Becker used a business account as his personal “piggy bank” for spending at Harrods and Ralph Lauren when he was in the midst of bankruptcy proceedings, a court has heard.

The six-time Grand Slam champion, 54, is accused of failing to hand over trophies and medals from his glittering career to settle his debts and allegedly hid assets before and after being declared bankrupt in June 2017.

Prosecutor Rebecca Chalkley told jurors at Southwark crown court on Tuesday Becker is accused of using a business bank account for personal spending, pointing to £7,600 on children’s school fees, almost £1,000 at Harrods, and other payments to Polo Ralph Lauren, Porsche, Ocado, and a children’s club in Chelsea.

“He was using it as his own piggy bank, as an extension of his own personal bank account”, she said.

The prosecutor said Becker was “on notice” about the impending bankruptcy, but is accused of “getting rid of his assets” in summer 2017.

The bankruptcy stemmed from Becker’s borrowing of around £3.5 million for a property in Mallorca, Spain, known as the Finca. He now faces 24 charges under the Insolvency Act relating to the period between May and October 2017.

It is said trophies such as the 1985 and 1989 Wimbledon men’s singles title, his Australian Open trophies from 1991 and 1996 and his 1992 Olympic gold medal were assets which should have been handed over.

Becker is also accused of concealing 1.13 million euros (around £950,000) from the sale of a Mercedes car dealership he owned in Germany, and allegedly transferred funds to bank accounts held by his ex-wife Barbara Becker and estranged wife Sharlely “Lilly” Becker.

Becker is accused of not declaring the sale in the bankruptcy proceedings until after the money had been dispersed.

Ms Chalkley said the tennis ace waited until a meeting in September 2017 to reveal the sale, “when the money had already gone”.

“The payments were never recovered, lost to the estate and to his creditors”, she said.

“Mr Becker did this deliberately – he was fully aware of the petition and subsequent orders, and he intended to remove the proceeds of the car dealership out of the hands of the trustees.”

Ms Chalkley said Becker is accused of failing to declare two properties in Germany which he had an interest in, including a home in his hometown of Leimen which he had used to secure a 825,000 euro loan.

It is said he had only mentioned his rented home in Wimbledon when filling in a declaration in the bankruptcy proceedings, and then failed to declare his other alleged properties during a September 2017 meeting with investigators.

Ms Chalkley said a letter – unsigned – from Becker on September 27, 2017, stated that he was “fully aware of my obligations” and included an assurance: “I will endeavour to assist where it is possible to do so.”

He disclosed the address of the Leimen property, which was occupied by his mother Elvira, but claimed it was not possible to sell it while she was still alive.

At an interview in October 2017, Becker said he had not disclosed the property earlier because “he co-owned the property and he didn’t consider that as an ownership”.

“The prosecution say that is simply not true”, said Ms Chalkley.

Becker, a German national, denies all the charges. The trial continues.

Exercises That’ll Reduce the Damage Your Desk Does