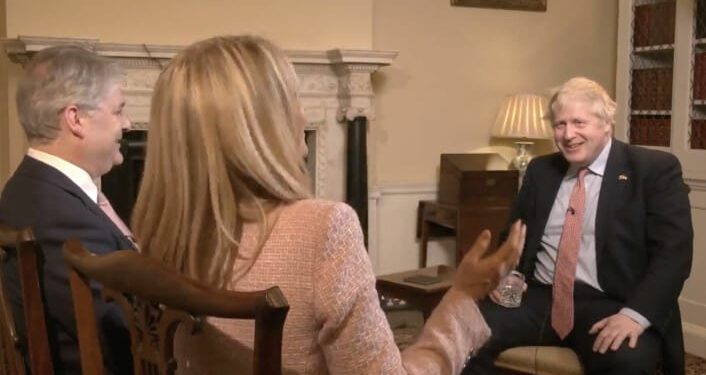 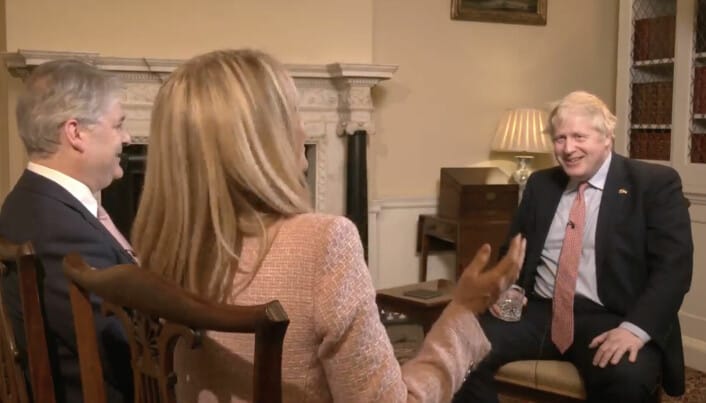 Boris Johnson has sat down for a broadcast interview with… two Tory MPs.

The prime minister has filmed a broadcast interview with Esther McVey and Philip Davies, the husband-and-wife GB News presenters, who are also Conservative MPs.

Little is known thus far about the interview – although GB News did publish a story trailing some of the news lines to emerge from it.

The broadcaster said that McVey and Davies “probed” the prime minister “on plunging Britain into lockdowns during the Covid pandemic”.

And, asked about a future lockdown, Johnson said: “I can’t rule out, I can’t say we wouldn’t be forced to do non-pharmaceutical interventions again of the kind we did.”

The prime minister also discussed his introduction of a rule forcing restaurants and takeaways with more than 250 employees to include calorie counts on their menu.

Denying allegations he was running a “nanny state”, Johnson told his backbenchers of the need to tackle obesity.

He said: “Do you know how much fatter we are post-Covid? I think there’s 36 per cent more obesity, there’s been a huge increase in obesity.

“Before the thing began we were already the fattest nation in Europe with the exception of the Maltese.

“That is a massive charge on the taxpayer. The taxpayer is coughing up huge quantities for the consequence of that obesity.

“I’m no advertisement for willpower, we need to recognise the effects of obesity on our taxes.”

We’ll have to wait and see what other hard-hitting questions McVey and Davies came up with when the full interview airs on GB News on Saturday.

Or we could, y’know, do literally anything else.