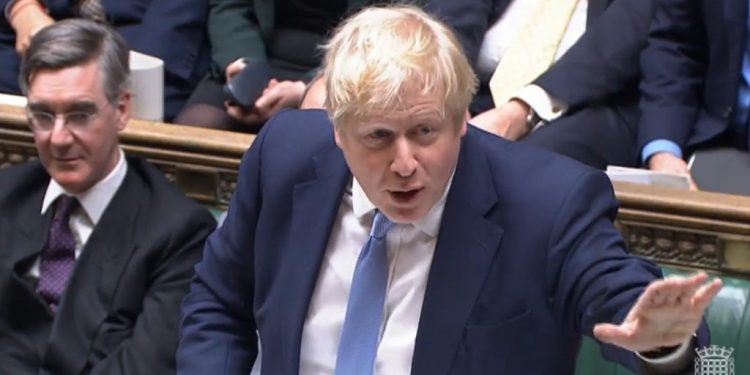 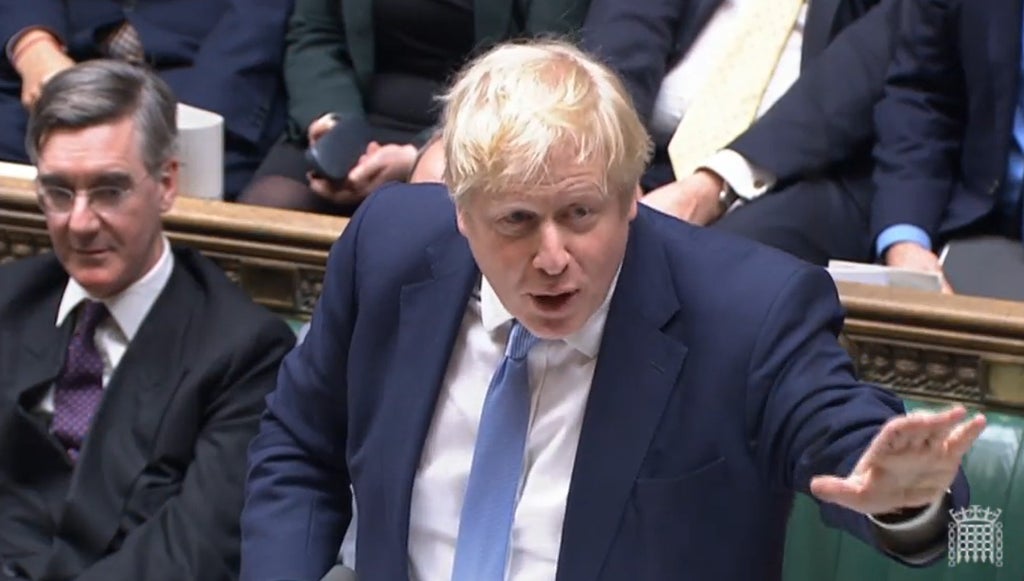 Boris Johnson and Priti Patel have been criticised by the statistics watchdog for “misleading” claims that crime has fallen under their leadership.

The Liberal Democrats urged the prime minister to return to the House of Commons “to apologise for his latest lie and set the record straight”, following the “damning verdict” from the UK Statistics Authority, which had been investigating the claims.

While addressing Sue Gray’s report into No 10 parties in a bruising Commons session earlier this week, the prime minister claimed the government had “been cutting crime by 14 per cent”.

And in a press release last week, the Home Office claimed that new Office for National Statistics (ONS) data showed “crime continues to fall under this government”, and quoted Ms Patel as saying this demonstrated the government’s approach “is working”.

But in fact, the ONS found that overall crime levels had actually increased by 14 per cent.

The decrease by the same amount touted by Mr Johnson was only true when excluding fraud and computer misuse, said the watchdog’s chair, Sir David Norgrove.

In a letter on Thursday to Alistair Carmichael – the Lib Dem home affairs spokesman who raised the issue – Sir David said he agreed that ONS crime data “must be used accurately, and not misrepresented”.

“In this case, the Home Office news release presented the latest figures in a misleading way,” Sir David wrote.

The UK Statistics Authority has written to the Home Office and to the offices of Mr Johnson and Ms Patel “to draw their attention to this exchange”, Sir David said.

Mr Carmichael called the watchdog’s verdict “damning”, saying: “Yet more distortions from Boris Johnson and his Cabinet to play down the extent of crime.

“When the government’s record on crime is so bad that both the prime minister and home secretary feel the need to fiddle the figures, it is clear we need a new approach. The prime minister must come before parliament to apologise for his latest lie and set the record straight.”

Reacting to the PM’s comments in parliament on Monday, Labour’s shadow home secretary Yvette Cooper said: “To say things that are contradicted by the facts in the middle of a statement that is all about the lack of integrity and honesty in Number 10 is truly shameful.

“It shows, yet again, that no one can trust anything that Boris Johnson says.”

In the same Commons session, SNP leader Ian Blackford was ejected from the House after refusing to withdraw his allegation that Mr Johnson had “wilfully, wilfully misled parliament” during the Partygate saga.

The following day, Speaker Lindsay Hoyle rebuked the prime minister over his discredited claim that Sir Keir Starmer had failed to prosecute Jimmy Savile, saying he was “far from satisfied the comments in question were appropriate”.

Mr Johnson’s policy chief – and ally of 14 years – Munira Mirza criticised the PM’s “scurrilous” jibe as she resigned in protest on Friday, shortly after the prime minister retracted his remarks. He has so far failed to apologise.

The Cabinet Office’s ministerial code of conduct states that it is of “paramount importance that ministers give accurate and truthful information to parliament, correcting any inadvertent error at the earliest opportunity. Ministers who knowingly mislead parliament will be expected to offer their resignation to the prime minister”.

It adds: “Ministers need to be mindful of the UK Statistics Authority’s Code of Practice which defines good practice in relation to official statistics, observance of which is a statutory requirement on all organisations that produce National Statistics in accordance with the provisions of the Statistics and Registration Service Act 2007.”

The watchdog works to “promote and safeguard official statistics to serve the public good”, including “regulating the quality and publicly challenging the misuse of statistics”. It can intervene if it considers a politician or government department has misused or misrepresented figures.

While there was a fall in most crimes during coronavirus lockdowns, some are now reaching or exceeding pre-pandemic levels – with rises in some offences like fraud offsetting reductions seen elsewhere, the ONS said last week.

The figures also showed police recorded the highest number of rapes and sexual offences in a 12-month period, while separate Home Office data detailed how the proportion of suspects being taken to court has fallen to a new record low and remains the lowest for rape cases.

Father, Son Who Stormed Capitol Together Both Plead Guilty to 1 Charge