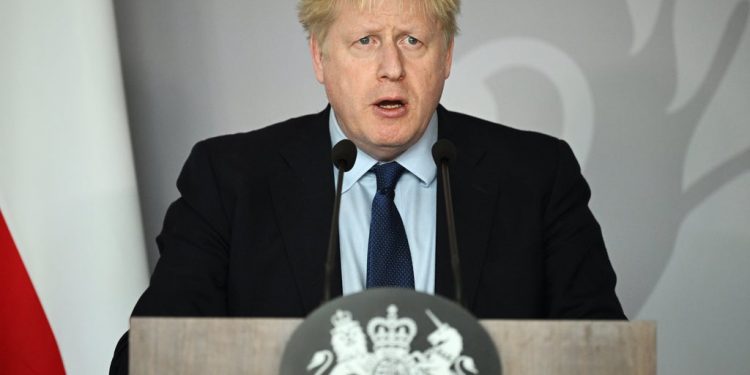 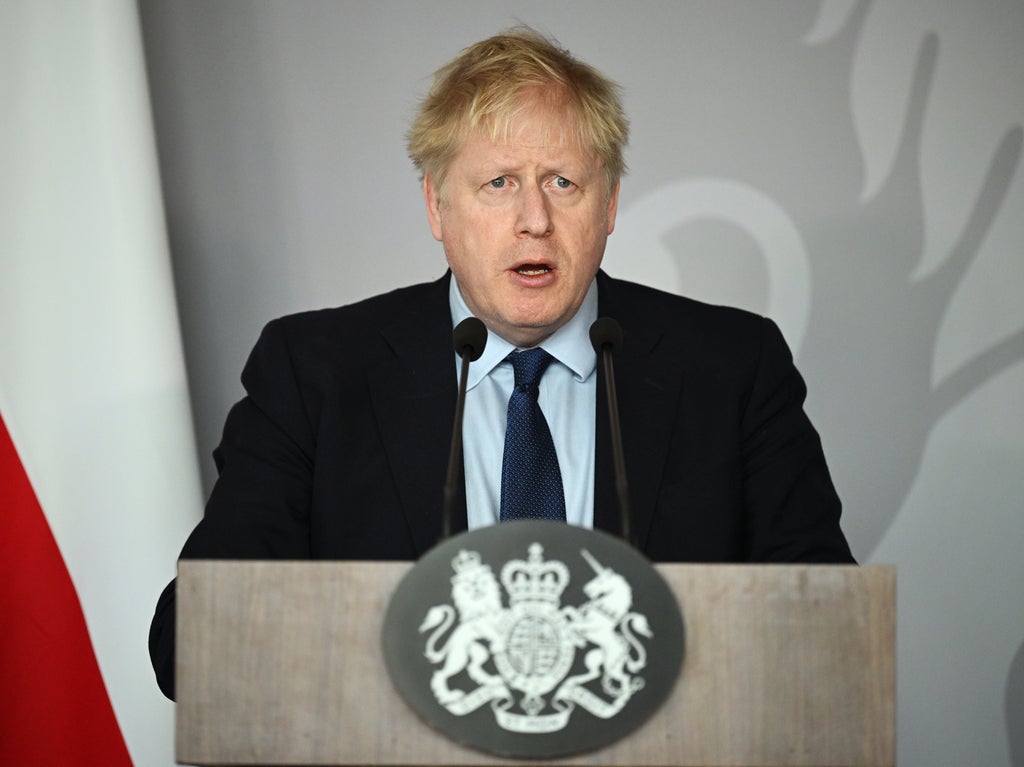 Boris Johnson has vowed to set up a scheme allowing British people and companies to sponsor Ukrainian refugees to come to the UK.

Mr Johnson claimed more 200,000 Ukrainians could soon be eligible to come to the UK under the visa route, as the scheme was broadened to include more parents, adult children, grandparents and siblings.

Speaking to reporters in Poland, Mr Johnson was grilled over his government’s refusal to copy the EU by waiving all visa rules for refugees fleeing Vladimir Putin’s forces.

“We have always had a tradition of welcoming people in large numbers,” Mr Johnson told reporters. “We’re extending the family [visa] scheme so that considerable numbers would be eligible. We’re talking about a couple of hundred thousand, maybe more.”

He added: “We’re going to have a humanitarian scheme, and then a scheme by which UK companies and citizens can sponsor individual Ukrainians to come to the UK. We’re doing exactly what the UNHCR is asking us to do.”

No 10 later clarified the government’s decision, after home secretary Priti Patel had suggested on Monday that the Home Office would be sticking to only very limited changes to visa rules.

The prime minister’s official spokesman said the government would make a “broad and generous offer to the people of Ukraine”.

The spokesperson also acknowledged the 200,000 figure used by Mr Johnson was “indicative only” as it was “impossible to predict” how many would want to come, rather than stay in countries closer to Ukraine.

Ms Patel told MPs on Monday that only 100,000 people would be helped under her expansion of the family visa scheme. She is now expected to set out the further expansion in the Commons on Tuesday afternoon.

Meanwhile, Mr Johnson suggested ways in which sanctions on Putin’s regime could be tightened – urging other countries to back further tightening of the Swift international payment system on Russian entities.

The PM said: “There is plainly more to be done on Swift, we can tighten up yet further on Swift, even though it has had a dramatic effect already I think we do need to go further.

There could be more “severing of sporting links” and “cracking down on the billionaires associated with Vladimir Putin”, Mr Johnson added.

A Ukrainian journalist made an emotional appeal to Mr Johnson to impose a no-fly zone to protect civilians in the country as he was asked questions at the end of his press coference in Poland.

Daria Kaleniuk said: “My call to the West is protect our sky. It is insane that our sky is being protected by children who are taking the heat.”

Mr Johnson replied: “That’s not something that we can do or that we’ve envisaged. The consequences of that would be truly very, very difficult to control.”

Manchester NFT Startup raises $4.85M In Series A Round