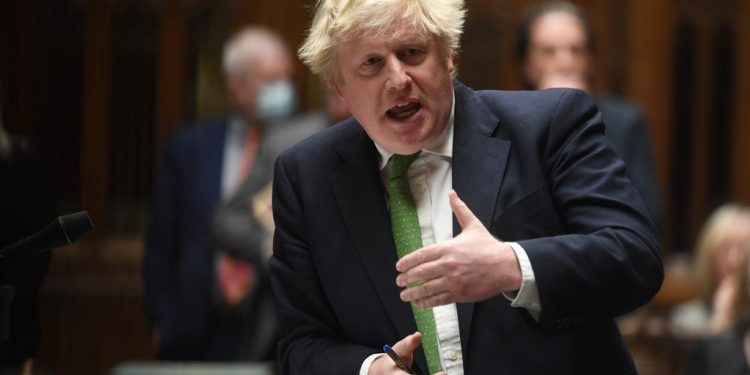 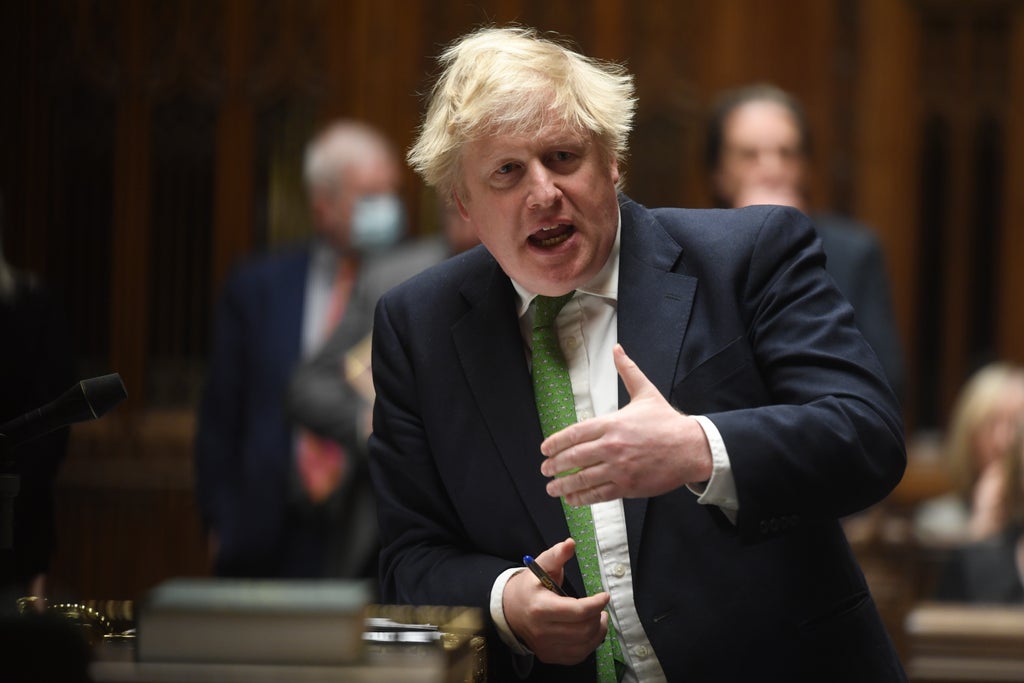 Boris Johnson has become the first prime minister to be questioned under caution by police, a leaked copy of Scotland Yard’s Partygate questionnaire for Downing Street staff suggests.

As part of its investigation into allegations of 12 events in breach of coronavirus rules – six of which Mr Johnson is reported to have attended – the Metropolitan Police has sent questionnaires to all those suspected of rule-breaking.

According to a copy of the documents, published by ITV News on Tuesday night, recipients are informed at the outset that they have an opportunity to provide “a written statement under caution”.

The document reportedly tells recipients they “do not have to say anything but it may harm your defence if you do not mention when questioned something which you later rely on in court”, and advises them to “ensure the caution is read and understand prior to any answers to questions being provided”.

This level of police questioning would be a historical first for a British prime minister – with Tony Blair having said he would resign in such an event when questioned by police during the cash-for-honours scandal in 2007.

Mr Johnson has completed the questionnaire in relation to alleged parties, which the Met previously said had “formal legal status and must be answered truthfully”.

According to the copy obtained by ITV News, recipients have been asked around a dozen questions, including whether they believe any “lawful exception” should be applied to gatherings and if they can provide a “reasonable excuse” for participating.

Other questions include whether the person participated in a gathering on a specific date, what the purpose of that participation was, and whether or not the person interacted with anyone else.

The document reportedly states that those sent the questionnaire are being provided with the “opportunity to cooperate with police in the form of a written statement under caution”.

It says there are three ways to respond to the questionnaire – remain silent and answer no questions, provide an answer to the written questions in the attached document or provide a prepared statement in your own words.

The police investigations follows allegations of frequent and excessive drinking by Downing Street staff, to the extent where a wine fridge was purchased and staff were dispatched to local supermarkets to fill a suitcase with wine.

Labour’s deputy leader Angela Rayner said: “It is frankly a national embarrassment that Boris Johnson is now the first prime minister in British history to be questioned under police caution.

“How on earth can he stay on and claim to uphold British law and order after this?”

In an interview with the BBC on Sunday, Mr Johnson repeatedly refused to say whether he would quit if he broke the law, refusing to comment 17 times over the course of 11 minutes when asked about parties in Downing Street.

Despite there being no obvious legal barrier to him doing so, the prime minister told the Sunday Morning show that there was “not a bean I can tell you about that, much as I would like to”.

A Downing Street spokesperson said on Tuesday night: “We have confirmed the prime minister has been contacted by the Metropolitan Police.

“We will not be commenting further while the investigation is ongoing.”

Speaking to ITV, former Scotland Yard Chief Superintendent Dal Babu described the questionnaire as “pretty bland”, suggesting a “lawyer would perhaps give you a ‘get out of jail card’ in response to all of those questions”.

He warned the questionnaire “doesn’t seem to be a particularly effective way of investigating” the scandal, adding: “What you would expect is somebody to sit down with the individual, go through the questions.”

Top Features To Look For When Buying A Business Car