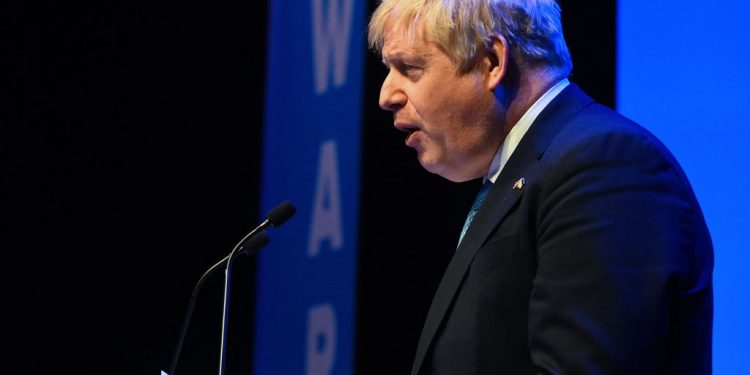 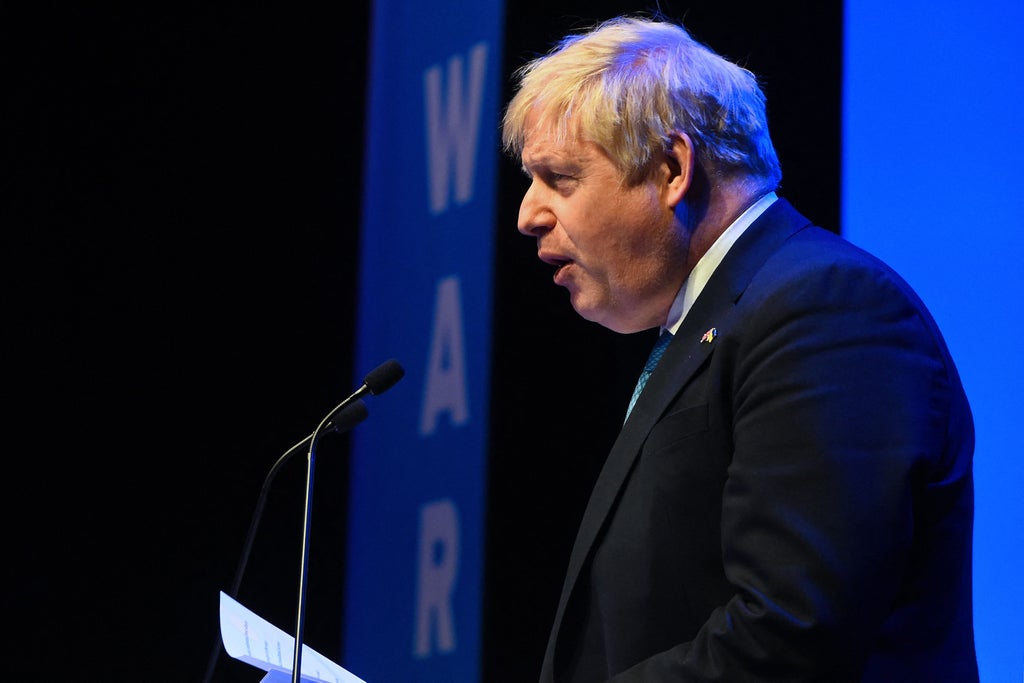 Boris Johnson has issued a passionate defence of his plans to drill for more North Sea oil and gas, insisting it will not undermine the fight against the climate emergency.

Ahead of a new energy plan that will grant fresh licences, the prime minister argued it would be “crazy” to shut down production – and open up the UK to “blackmail from Vladimir Putin.

Speaking to Scottish Tories in Aberdeen – the heart of the North Sea industries – Mr Johnson vowed to make “sensible use of this country’s own natural hydrocarbon resources”.

Turning off the taps would be “a disaster”, he said, telling a conference: “It would mean prices up even further.

“It would mean jobs lost just as householders are feeling the pinch of the high gas and oil prices – and, of course, it would mean exposing the UK to continued blackmail from Vladimir Putin.”

Four months after what he called the “wonderful” Cop26 summit in Glasgow, Mr Johnson claimed: “We can continue the transition to a low carbon future, we can get to net zero.”

There was no mention of the cost of living crisis that threatens households with soaring fuel and food bills, as inflation rises sharply and with tax rises about to bite.

On Ukraine, the prime minister said he is “more convinced than ever” that Putin’s invasion will fail, as its troops fail to advance or control the skies as expected.

“He will fail because, in his catastrophic venture in Ukraine, he fatally underestimated the heroism and the resolve of the Ukrainians to fight,” he said.

The UK will send more defensive weapons to help Ukraine against the “pitiless bombardments” its people are suffering, the conference was told.

On his telephone call earlier with Volodymyr Zelensky he said he had told Ukraine’s president that the UK “stand with you at a time when your people are facing such horror with such courage”.

“When you’re fighting, not just for your lives and your homes, for the cause of democracy and freedom itself, we know that we must do more to help. I pledge to you that we will,” he had said.

The prime minister also used the speech to try to heal wounds with Douglas Ross, the leader of the Scottish Conservatives, who called for him to quit over the Partygate scandal – before withdrawing his letter.

Heaping praise on him, Mr Johnson said: “Douglas Ross has been able to defy the sceptics, stop Nicola Sturgeon from getting an overall majority as people said that she would.

“Get more votes than any previous Scottish Conservative leader, including Ruth Davidson, brilliant though she is.”