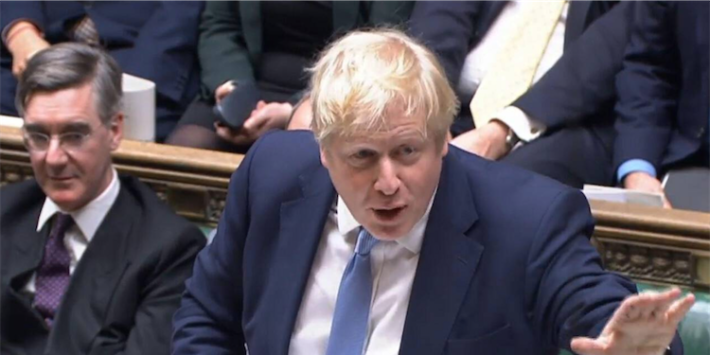 Boris Johnson has apologised to MPs for “the things we simply didn’t get right” following an update from Sue Gray into her investigation of Downing Street parties.

The long-awaited report accused both Number 10 and the Cabinet Office of “failures of leadership and judgement” over their role in 16 events held between May 2020 and April 2021.

Addressing the Commons following Gray’s update, Johnson pledged to “learn” from the findings of Sue Gray’s report by revamping the operation at Downing Street.

But his apology was dismissed by Labour leader Keir Starmer, he said the Prime Minister was a “man without shame” and should consider his position.

Johnson said: “I want to say sorry. I’m sorry for the things we simply didn’t get right and also sorry for the way that this matter has been handled.

He added that it “isn’t enough to say sorry” and that “this is a moment when we must look at ourselves in the mirror” but stopped short of accepting any personal responsibility.

“I, of course, accept Sue Gray’s general findings in full and, above all, her recommendation that we must learn from these events,” Johnson said.

Johnson also pledged to overhaul the operation at Downing Street by creating an Office of the Prime Minister with a permanent secretary.

He said the government would review the civil service and Special Advisor codes of conduct in light of Sue Gray’s recommendations, and to ensure they were properly enforced in future.

But Labour leader Keir Starmer said that Johnson was a “man without shame” and claimed the report’s findings showed he was “unfit for office”.

He said that the Prime Minister “gleefully treats what should be a mark of shame as a welcome shield”.

“By routinely breaking the rules he set, the Prime Minister took us all for fools. He held people’s sacrifices in contempt. He showed himself unfit for office,” Starmer said.

“His desperate denials since he was exposed have only made matters worse, rather than come clean every step of the way. He’s insulted the public’s intelligence.”

He continued: “To govern this country is an honour, not a birthright. It is an act of service to the British people, not the keys to a court to parade to your friends.

“It requires honesty, integrity, a moral authority. I can’t tell you how many times people have said to me that this Prime Minister’s lack of integrity is somehow priced in, that his behaviour and character don’t matter. I have never accepted that. And I never will accept that.”

Starmer urged Tory MPs to take action against their leader, telling them it was their “duty” to “spare the country from a Prime Minister totally unworthy of his responsibility”.

SNP leader Ian Blackford also reacted strongly to the Prime Minister’s statement, and was ordered to leave the House of Commons after he accused Johnson of misleading Parliament.

He said: “Boris Johnson’s position is now completely untenable. The Prime Minister is guilty of breaking lockdown rules and misleading parliament. He must resign.”

Asked to withdraw the claim by the Speaker, Blackford responded: “It’s not my fault if the Prime Minister can’t be trusted.”