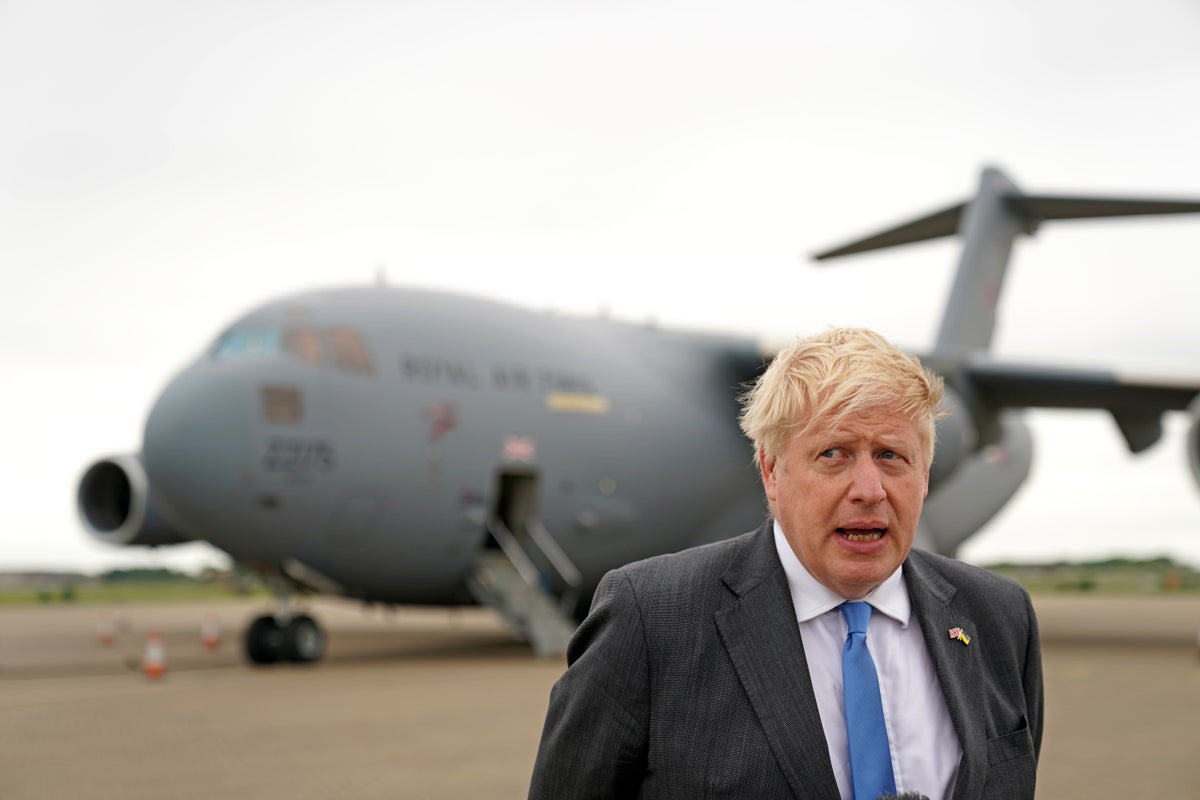 Brexit will damage Britain’s competitiveness, hit productivity and dampen workers’ wages for the rest of the decade, according to a damning new study.

The Resolution Foundation think tank’s report, in collaboration with the London School of Economics, said quitting the EU would make Britain “poorer” during the 2020s.

The study said the immediate impact of Brexit was already clear, with a “depreciation-driven inflation spike” increasing the cost of living for households and cutting investment.

The economists said real pay was set to be £470 lower per worker each year, on average, than it would have been if Britain had opted to stay inside the EU.

Sophie Hale, principal economist at the Resolution Foundation, said Brexit represented “the biggest change to Britain’s economic relationship with the rest of the world in half a century”.

Elsewhere, the government has proposed a new Bill of Rights which will allow it to ignore interim rulings from a European court and could make it easier to deport foreign offenders.

Boris Johnson’s government has been warned against a post-Brexit free trade deal with a group Gulf states over the “appalling” record on human rights.

Union chiefs and campaigners urged ministers to rethink its approach as talks on a deal between the UK and six Gulf nations kick off on Wednesday in Saudi Arabia.

Rishi Sunak said the government and the Bank of England were acting to combat rising inflation which hit a 40-year-high this morning.

Asked if the Bank had lost control of inflation, which is meant to be kept at a target of 2%, the chancellor said: “I want people to be reassured that we have all the tools we need and the determination to reduce inflation and to bring it back down.

“Firstly, the Bank of England will act forcefully to combat inflation.

“Secondly, the Government will be responsible with borrowing and debt so we don’t make the situation worse and drive up people’s mortgage rates any more than they are going to go up.

“Lastly, we are improving the productivity of our economy, improving the supply of energy we have and moving people off welfare and into work.”

Top Home Office civil servant Matthew Rycroft said there is nothing the department “loves better than a good crisis”.

Asked about a point previously raised by the independent chief inspector of borders and immigration, David Neal, that there “always seems to be a crisis going on” in the Home Office, Mr Rycroft told the Commons Home Affairs Committee: “I absolutely recognise that.”

He added: “You may recall when the home secretary and I set up a transformation programme for the Home Office, called One Home Office, one of the things that we were seeking to unlock was the sense in the department that we do go from crisis to crisis.

“You know, there’s nothing that the Home Office loves better than a good crisis. And of course, responding well to crises is an important part of the functioning of a department of state. But there is a lot more to it than that.

“And what I am seeking to do is to get us better at dealing with business as usual, and preventing things from becoming crises.”

Bus drivers to go on strike over pay dispute

Hundreds of bus drivers are to go on strike in a dispute over pay.

Members of the Unite union employed by Stagecoach in Merseyside will walk out on June 30 and again on July 4.

Unite general secretary Sharon Graham said: “Stagecoach is a highly profitable company – it can easily afford to pay its workers a decent wage but it is choosing not to.

“Unite will always challenge employers who make excessive profits by exploiting and underpaying workers. Our members will receive Unite’s complete support until this dispute is resolved.”

“Even at this late stage, strikes and the inevitable disruption they will cause can be avoided if Stagecoach makes a reasonable pay offer.”

Government had to ‘hold the line’ against RMT demands, deputy PM says

Dominic Raab said the government had to “hold the line” against the RMT’s demands for improved pay and conditions on the railways.

The justice secretary said the strikes were “deeply regrettable” and reform was necessary on the railways.

“We’ve, of course, got to reform the way the railways operate, given the new ways to working on the effect that has on commuter travel,” he told LBC Radio. “But there are also old practices, which frankly, are well out of date and unnecessary, which need to be reformed.”

He added: “I think Network Rail are taking the right approach. We know that the cost of living challenge is there, we know that it affects workers across the board.

“But the one thing that will keep inflation higher for longer and undermine pay packets for longer is if we have spiralling public sector pay increases beyond what is responsible. And that’s what’s at issue here.

“It is precisely to protect the wages of those on the lowest incomes that we need to hold the line.”

The country’s biggest education union will consult members on industrial action this autumn if the government fails to make an “inflation-plus” pay increase for teachers.

In a letter to Nadhim Zahawi – seen by The Independent – the joint general secretaries of the National Education Union (NEU), warn they will not stand by “while you run both education and educators into the ground”.

It comes amid the biggest industrial strike on the rail network for decades and the latest figures showing UK inflation hitting a fresh 40 year high, climbing 9.1 per cent in the 12 months to May — up from 9 per cent in April.

Deputy prime minister Dominic Raab defended restoring the pensions triple lock, which will see the benefit rise in line with inflation, at a time when the government is arguing against wages keeping pace with rising prices.

He told BBC Radio 4’s Today programme: “They (pensioners) are particularly vulnerable and they are disproportionately affected by the increase in energy costs which we know everyone is facing.”

The Government had committed £37 billion to help people cope with rising costs, he said, but “at the same time we have got to stop making the problem worse by fuelling pay demands that will only see inflation stay higher for longer and that only hurts the poorest the worst”.

The Mayor of London has urged the government to make for the NHS access free for everyone living in the UK to prevent another Windrush scandal.

As the nation observes Windrush Day, Sadiq Khan urged the government to end its hostile environment policy and curb NHS charging regulations for migrants, which impact undocumented Londoners as they struggle to prove their immigration status to get free healthcare.

This policy disproportionately affects patients from Black, Asian and Ethnic Minority backgrounds and ending it would prevent a repeat of the situation that saw members of the Windrush Generation being charged for treatment – or denied – the mayor argues.

Brexit will keep wages down and make UK poorer in decade ahead, study finds

Brexit will damage Britain’s competitiveness, hit productivity and dampen workers’ wages for the rest of the decade, according to a damning new study.

The Resolution Foundation think tank’s report, in collaboration with the London School of Economics, said quitting the EU would make Britain “poorer” during the 2020s.

The study said the immediate impact of Brexit was already clear, with a “depreciation-driven inflation spike” increasing the cost of living for households and cutting investment.

Dominic Raab has said the government cannot “relent” and allow striking rail workers to “win” the argument amid the biggest industrial action on the network in three decades.

Risking a fresh clash, the deputy prime minister also described the actions of the country’s largest rail union, RMT, as “militant” — just minutes after insisting the government did not want the dispute to become “politicised”.

As inflation hit a fresh 40 year high, the cabinet minister said it showed the need to take a “firm line” with the union, telling Sky News there was a risk of a “vicious cycle” of rising wages pushing inflation even higher.

Failure ‘not an option’: Fed vows all-out fight on inflation

Amid the drought, tear out your lawn and use recycled water

Amid the drought, tear out your lawn and use recycled water