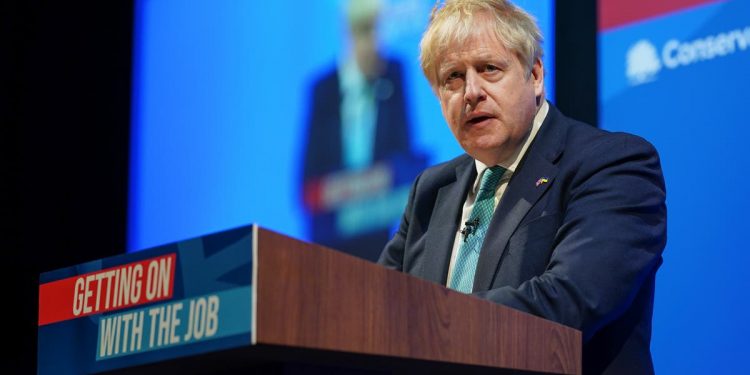 
Boris Johnson hinted at more military support for Ukraine following a call with US president Joe Biden and other allies ahead of a Nato summit on Thursday.

The prime minister also “underlined his horror” at Russia’s “use of increasingly brutal tactics in Ukraine”, including “siege warfare and targeting of civilians”, Downing Street said.

Mr Johnson, along with France’s Emmanuel Macron, Germany’s Olaf Scholz and Italy’s Mario Draghi, affirmed his “commitment to support Ukraine militarily, diplomatically and economically, equipping the democratically-elected government in Kyiv with the tools it needs to defend itself”.

Meanwhile, a prank video with defence secretaryBen Wallace emerged on Monday with Downing Street accusing the Kremlin of being behind the efforts to secure sensitive or embarrassing information in duplicitous calls.

An “official teaser” of the call appeared online claiming it was a “video-prank” with “Vovan and Lexus”, a pair previously attributed to a hoax aimed at the Duke of Sussex.

Concerns over spending as confidence sinks

Kylie Jenner and Travis Scott’s baby isn’t named Wolf anymore: ‘Didn’t feel like it was him’

Kylie Jenner and Travis Scott’s baby isn’t named Wolf anymore: ‘Didn’t feel like it was him’