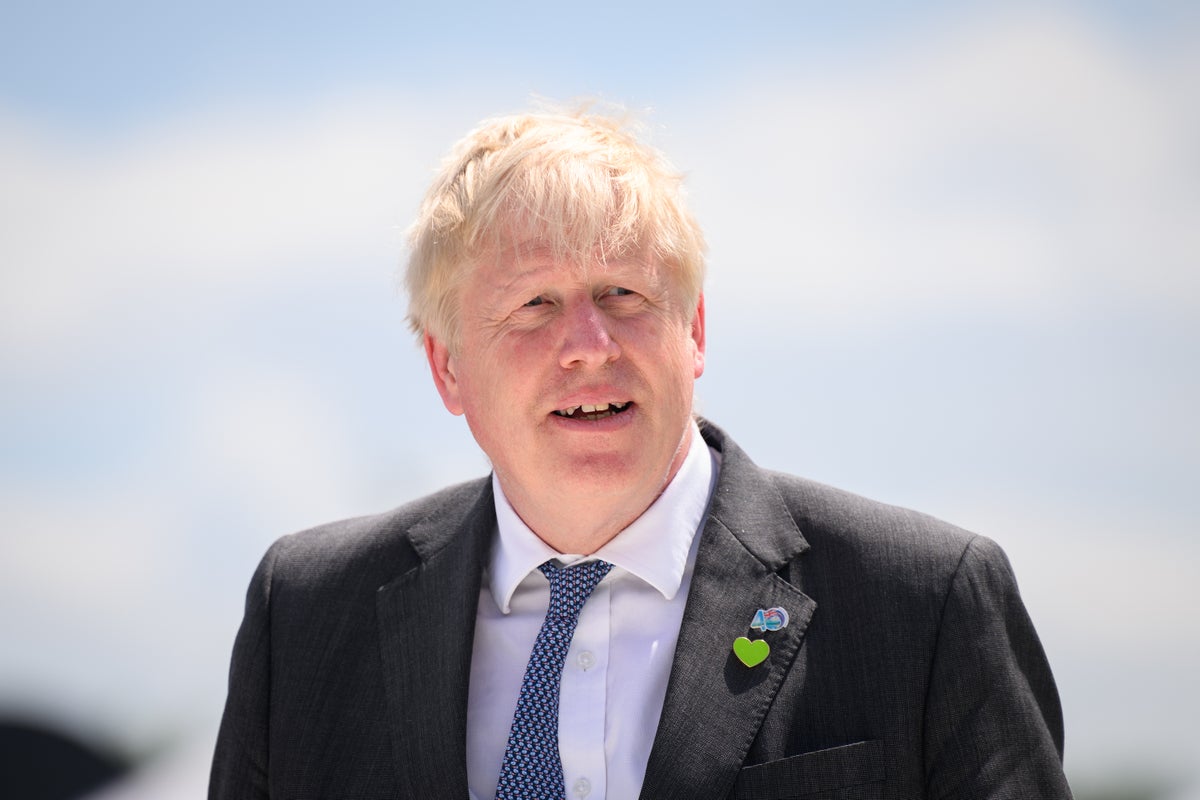 Boris Johnson is set to face PMQs today for the first time since the publication of the controversial Northern Ireland Protocol legislation.

The prime minister downplayed the legislation moved earlier this week as “not a big deal” despite it being criticised for attempting to override large parts of the international deal struck over Northern Ireland’s post-Brexit trading arrangements.

He was claimed to have told his ministers yesterday to “de-escalate” rhetoric to prevent a trade war with Brussels, according to the Daily Telegraph.

Meanwhile, EU commissioners are expected to initiate new legal action against the UK later this week which has been on hold since September.

The PM is also under fierce attack from Washington, with senior congressmen on both sides warning that the “irresponsible” move will endanger peace in the region.

In a sternly-worded joint statement, a group of senior members of Congress urged the UK and EU to “continue negotiations in good faith to achieve durable solutions to post-Brexit trade challenges”.

Thank you for following our live politics coverage. We are now closing this blog, goodbye.

The London mayor will unveil a new £18m package today to combat the scourge of violence against women and girls in the city.

Sadiq Khan will announce the Violence Against Women and Girls (VAMG) strategy during his visit to Waltham Forest in north-east London.

The campaign will take a “holistic approach” to improve safety for women and girls across the city while improving services for victims and survivors, according to a statement issued ahead of the official announcement.

The money from City Hall will aim to improve accountability for perpetrators of gender-based abuse and provide better education of men and boys about sexism.

“The epidemic of violence is a crisis which should shame us all which is why I’m uniting with partners across London to not only provide support to women and girls but to help educate and inform all Londoners, especially men, about the danger posed by misogynistic attitudes and behaviours,” said Mr Khan.

“As well as record investment in services for victims and survivors, I am also funding initiatives which address the behaviour of those at risk of offending or reoffending to help prevent them turning to violence,” he added.

The Liberal Democrats have accused the government of “sitting on its hands” and letting a looming national rail strike go ahead – to keep their activists away from a crucial by-election.

In a letter to Grant Shapps Sarah Olney, the party’s transport secretary accused ministers of “playing games with people’s lives” to “help save” Boris Johnson.

The Conservatives are facing a crucial by-election test in Tiverton and Honiton after the resignation of Tory MP Neil Parish, who quit after admitting to watching pornography at work.

Despite a thumping 24,339 vote majority at the last election the party is worried about losing the seat to the Lib Dems, who believe they are now “neck and neck” amid disgust at Mr Johnson’s government.

Explained: Will Nicola Sturgeon’s push for independence referendum be successful?

At first sight, it is difficult to understand why Nicola Sturgeon, first minister of Scotland, is launching her latest campaign for a referendum on independence for Scotland right now, writes our associate editor Sean O’ Grady.

This is not because it is a bad time due to the state of Brexit, the war in Ukraine or the cost of living crisis, as her opponents suggest.

The SNP view, which is perfectly plausible, is that Scotland could make a better job of meeting these challenges if it were in charge of its own destiny, and not being governed, at least in some of the most important areas of policy, by a Conservative party that hasn’t won an election in Scotland since 1955.

Read this piece in Politics Explained to understand why has Sturgeon called for a poll now.

The families of Britons detained abroad have accused the UK government of “lacking compassion” and “ignoring” them as they called on ministers to do more to release their loved ones.

A group gathered in Westminster on Tuesday to share their stories, while others – such as the daughter of imprisoned geologist Jim Fitton – joined with video messages.

All were calling for Liz Truss, the foreign secretary, to intervene to set their loved ones detained in various countries abroad free.

Zoe Tidman details some of the accounts in this report:

Airlines have been ordered by the government to cancel flights for July and August now to “de-risk the summer” for tens of thousands of passengers.

In a joint letter to airlines, they say: “Cancellations at the earliest possibility to deliver a more robust schedule are better for consumers than late-notice on-the-day cancellations.”

Border checks among the challenges for an independent Scotland, admits Sturgeon

Nicola Sturgeon admitted border customs checks would be needed with the rest of the UK as she promised to be “frank” about the challenges of an independent Scotland.

The First Minister said she would set out more detail on how trade would work between Scotland and the rest of the UK in future papers which will form her independence prospectus.

On Tuesday, she published the first of these papers, part of a series called “Building a New Scotland”.

My colleague Alastair Jamieson has the details:

Bill to override the NI protocol ‘irresponsible’, slam US congressmen

Boris Johnson’s plans to tear up post-Brexit arrangements for Northern Ireland have come under fierce attack from Washington, with senior congressmen on both sides of the US political divide warning the “irresponsible” move is a threat to peace in the province.

In a sternly-worded joint statement, a group of senior members of Congress urged the UK and EU to “continue negotiations in good faith to achieve durable solutions to post-Brexit trade challenges”.

“The introduction of legislation in the United Kingdom undermines the Northern Ireland protocol, threatens international law, and, most concerningly, could jeopardise the almost 25 years of peace established by the Good Friday Agreement,” they warned.

Boris Johnson will face Prime Minister’s Questions (PMQs) for the first time since the introduction of the controversial Northern Ireland Protocol Bill in the parliament earlier this week.

He has downplayed the changes in the bill as “not a big deal” even though Brussels threatened the UK with renewed legal action.

Mr Johnson also claimed to have told his ministers to “de-escalate” the rhetoric on Tuesday to prevent trade wars with EU.

Meanwhile, European Commission vice president Maros Sefcovic hinted at further measures against UK, saying the unilateral action by the government had undermined the trust needed for the effective operation of its post- Brexit trade deals with Brussels.

Read the details in this report here:

Welcome to The Independent’s UK politics live blog for15 June 2022.