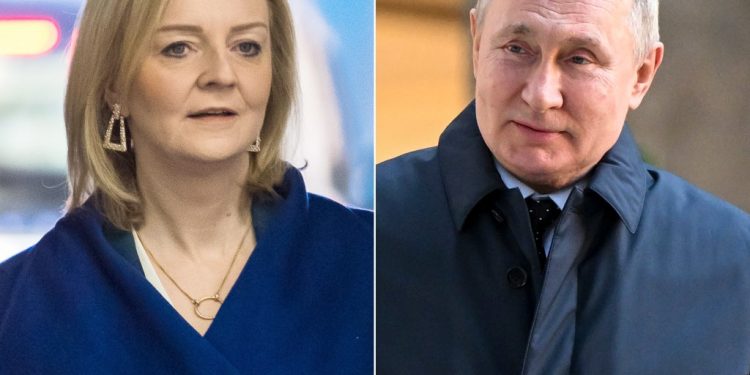 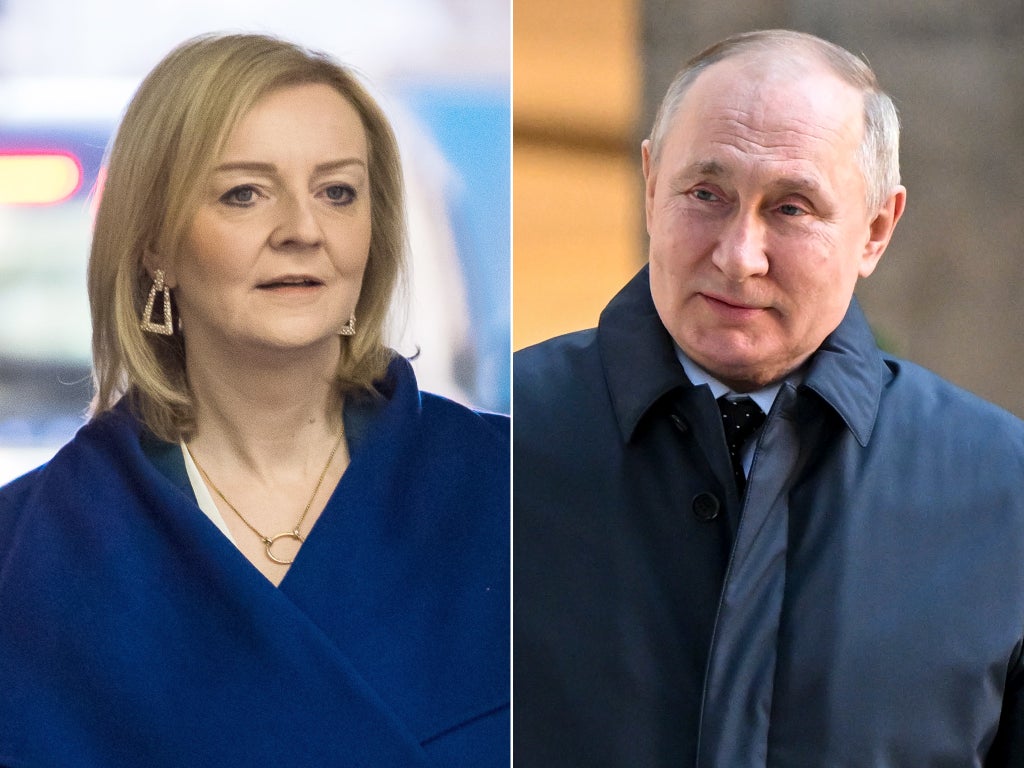 Britain’s media regulator Ofcom has announced 15 separate investigations into the impartiality of RT, the Kremlin-backed network which continues to be broadcast in the UK.

Foreign secretary Liz Truss warned that a complete ban on the Russian news channel in the UK could lead to a reciprocal ban by Moscow on the BBC and other British channels. She said there was “a very careful judgment to be made”.

Ms Truss today revealed plans to extend UK sanctions aimed at hitting banks in Russia, as she vowed to “cut off” Vladimir Putin’s government from the global economy.

New emergency legislation would allow full asset freeze on “all Russian banks” within days, she said, adding she wanted to see the “complete degradation” of the Russian economy after the invasion of Ukraine.

A Kremlin spokesman today claimed that comments made yesterday by Ms Truss over the potential for a clash between Russia and Nato were behind Mr Putin’s order to place nuclear forces on high alert.

Here are the written ministerial statements due to be made in the Commons on Tuesday:

– Secretary of State for Digital, Culture, Media and Sport: Consultation on Draft Telecoms Security Regulations and Code of Practice.

– Secretary of State for Health and Social Care: Covid-19 Update.

– Secretary of State for the Home Department: Economic Crime (Transparency and Enforcement) Bill.

– Secretary of State for the Home Department: The Independent Inquiry into Child Sexual Abuse’s report on Residential Schools.

– Secretary of State for Wales: Veterans Commissioner for Wales.

UK will ‘do everything we practically can’ to support Ukraine as threat to capital grows, says Raab

Deputy prime minister Dominic Raab has said the UK will “do everything we practically can” to support Ukraine as the threat towards its capital grows.

Asked whether there is international help to deal with the 40-mile Russian military convoy approaching Kyiv, he told BBC Breakfast: “I’ll be careful what I talk about in real time with, of course, the Russians listening but I will assure you we will do everything we practically can to support the Ukrainians.

“Our strategic objective is that Putin fails in this catastrophic misadventure in Ukraine and that the territorial integrity of Ukraine is respected.

“We want to steel the moral, the political but also the military ability of the Ukrainians to resist for as long as possible.”

Putin could respond to resistance in Ukraine with ‘even more barbaric tactics’, says Raab

The former foreign secretary added: “This is turning into a much, much more perilous misadventure for Putin than I think he realised and it has a demoralised effect on Russia forces and it has had the effect of steeling the will of the Ukrainian people.

“That’s how we will ensure Putin fails in Ukraine and we’re there for the long haul.”

Shadow defence secretary John Healey has called for the UK to provide “whatever further military assistance we can” and “support this resistance” so Vladimir Putin fails in the long term.

He said civilian casualties are expected to rise despite the “massive bravery” demonstrated by Ukrainians.

“It may well be that Putin has miscalculated on the determination of the Ukrainian people to fight for their country against this invasion.

“But my fear is, of course, that he has such crushing force and Putin has shown he’s utterly ruthless in being willing to use it, that we must fear that the setbacks his military have seen over these first six days may now see some more of his military objectives achieved and we must stand with Ukraine.”

Boris Johnson vowed Vladimir Putin would “feel the consequences” for invading Ukraine as he prepared to fly to Nato’s border with Russia this morning.

The prime minister will first meet counterparts in Poland and Estonia before visiting British troops as he pushes for Western unity in punishing the Russian president for starting a conflict that has taken “hundreds” of lives in only five days.

The prime minister has left London for Warsaw where he is due to meet with his Polish counterpart Mateusz Morawiecki.

Amid the ongoing Russian invasion of Ukraine, Boris Johnson is set to discuss the UK’s financial and diplomatic support for central Europe as it faces the prospect of a humanitarian crisis.

Following the meeting he is set to fly to Estonia, where he will meet with leaders in Tallinn before visiting serving troops alongside Nato secretary-general Jens Stoltenberg.

Meta, parent company of Facebook, will restrict access to Russian state media outlets RT and Sputnik across its platforms in the European Union.

The social media company had received requests from a number of governments and the EU to take further steps in relation to Russian state-controlled media on its platforms, its head of global affairs, Nick Clegg, said in a tweet on Monday.

Mr Clegg added that Meta would continue to work closely with governments on the issue.

The International Criminal Court (ICC) plans to open an investigation into alleged war crimes and crimes against humanity in Ukraine “as rapidly as possible”, the organisation’s chief prosecutor said.

Karim Khan said the investigation will look at alleged crimes committed before the Russian invasion and any new allegations in the days since Moscow’s forces crossed over the border.

Several countries and NGOs had called for an ICC probe as Russian artillery hit civilian targets in cities across Ukraine.

On Monday, Ukrainian ambassador to the UN, Yevheniia Filipenko, claimed Russia had been “targeting kindergartens and orphanages, hospitals and mobile medical aid brigades”. She said these attacks could class as war crimes.

Policy proposals that are central to Priti Patel’s controversial borders bill have been voted down in the House of Lords, in what campaigners have described as a “victory for compassion”.

The Home Office has been urged to “take heed” after peers rejected plans in the Nationality and Borders Bill to penalise and criminalise refugees based on their method of arrival to the UK under clause 11, and to give ministers powers to strip British citizenship without notice under clause 9.

Both measures have already drawn widespread criticism, including from prominent Tory MPs.

Clause 11 would see asylum seekers who come to Britain via unauthorised routes – such as in small boats or by stowing away in trucks – criminalised and blocked from being granted refugee status in the UK, regardless of how strong their claim is.

They would either be imprisoned or granted a form of temporary status that affords them no access to benefits and no family reunion rights and be regularly re-assessed for removal. The UNHCR has raised alarm that this two-tiered approach would breach the 1951 Refugee Convention.

The Kremlin blaming remarks from Foreign Secretary Liz Truss for Vladimir Putin ordering Russia’s nuclear deterrent on high alert has been widely decried as an attempt to distract from Moscow’s actions during the invasion of Ukraine.

The Russian president said he had placed Moscow’s nuclear forces on a “special regime of combat duty” in response to “aggressive statements” from members of the Nato defence alliance.

In response, Scotland’s First Minister Nicola Sturgeon said: “Whatever political disagreements any of us have with Liz Truss – and I have many deep differences with her – we should not fall for this transparent Russian attempt to divert.

“The only person responsible for Putin’s despicable nuclear threat is Putin.”

The Foreign Office also said the comments from Mr Peskov were a “clear attempt to distract from Russia’s illegal and unprovoked invasion of Ukraine”.

An ally of Ms Truss added: “Nothing Liz has said warrants that sort of escalation. It’s clearly designed to distract from the situation on the ground in Ukraine.”