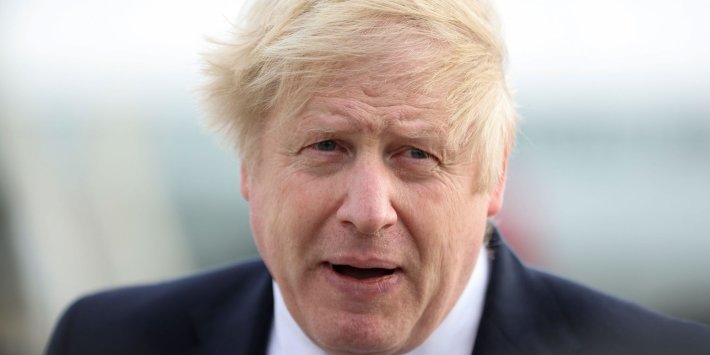 Allies of the Prime Minister say they are increasingly confident that he will survive the partygate scandal and win over Tories who have been wavering over his leadership, regardless of whether he is issued with a Fixed Penalty Notice by police.

Sources close to government told PoliticsHome that they believe “people are tired of continually talking about” whether lockdown rules were breached in Number 10, and are ready to move past any further revelations that may come from the Metropolitan Police or Sue Gray.

On Friday last week Johnson was sent a questionnaire by the force to give his account of several alleged parties in Downing Street and Whitehall that may have breached coronavirus rules.

The questionnaire came as Scotland Yard confirmed that more than 50 people had been contacted in relation to the investigation, which is considering 12 events held between May 2020 and April 2021. Johnson has until 10pm this Friday to return his answers to the Metropolitan Police, who have obtained more than 300 photographs and 500 pages of evidence through the course of their investigation.

Johnson has so far swerved a challenge to his leadership by the parliamentary party, but several MPs, including senior backbenchers, have indicated that if police issue Johnson with a fine in response to his questionnaire – which could range from £100 to £6,400 – they would mobilise to oust him from Number 10.

But his inner circle remains convinced that more Tories would rather move on than create further fallout by submitting letters of no confidence to the 1922 Committee, the first stage of the process to remove a sitting Prime Minister.

“People are bored of the exhausted talk on parties, and regardless of whether Johnson is issued a FPN or not, people are tired of continually talking about it,” a government insider told PoliticsHome.

“People have ultimately made up their minds already on supporting the Prime Minister. “I don’t personally think if he received a FPN it would dramatically change [support] numbers.”

While confidence in Johnson may be slowly increasing among some Tory MPs, polling shows the Prime Minister is far from having regained the confidence of the public and Conservative voters.

An Ipsos UK survey carried out last week found that 54% of the public believe Johnson has done a bad job as Prime Minister date.

Among 2019 Conservative voters, 54% say Johnson has done a good job, however the figure marks a 15 point drop from when the same question was this time last year.

Another senior government source told PoliticsHome that Johnson’s detractors, many of whom have already been vocally critical of his leadership, had missed their chance to select a new Prime Minister after a dampened rebellion by “pork pie plotters”, and the defection of Bury South MP Christian Wakeford to Labour, failed to topple him.

“The old adage ‘if you shoot for the king, you best not miss’ becomes very relevant today,” they said. “I believe that shot may have already been fired.”

Some MPs have already begun the process of publicly defending Johnson, even in the event of a FPN being issued.

Fixed Penalty Notices are given out for prescribes minor breaches of law. They’re not fines, convictions or proof of guilt – all of which can only be handed out or determined by a court.

I know we’ve descended into a political fake news cesspit, but facts matter.

“They’re not fines, convictions or proof of guilt – all of which can only be handed out or determined by a court.”

Culture Secretary Nadine Dorries told the BBC that only if Johnson “kicked a dog” would she “probably” withdraw her support.

There has also been cautious optimism from some of Johnson’s critics that the Downing Street operation is improving.

Tories frustrated that the party had not been employing wholly Conservative policies prior to partygate now feel comforted by the government’s “operation red meat” offering – policies aimed at reviving Johnson’s standing among backbenchers.

The possible lifting of all remaining Covid restrictions on Thursday next week, and plans to avert what a number of Tories have perceiced as “political bias” in schools are among the measures that have pleased and placated uncertain MPs during the parliamentary recess.

“A lot of it does come down to policy,” an insider told PoliticsHome. “There’s been a lot of improvement and we’re heading in the right direction.”

But some MPs who have previously wavered in private on their support for Johnson say full confidence is “not there yet”.

If a FPN is issued, much of the judgement will “come down to the way it is handled” rather than the fine itself, one insider said.

They added: “We want to get back to doing the things that we’re here to do, and if that became no longer possible that would affect calculations quite dramatically.”

Despite the eye-catching stats, Calipari says Tshiebwe can be even better

Despite the eye-catching stats, Calipari says Tshiebwe can be even better