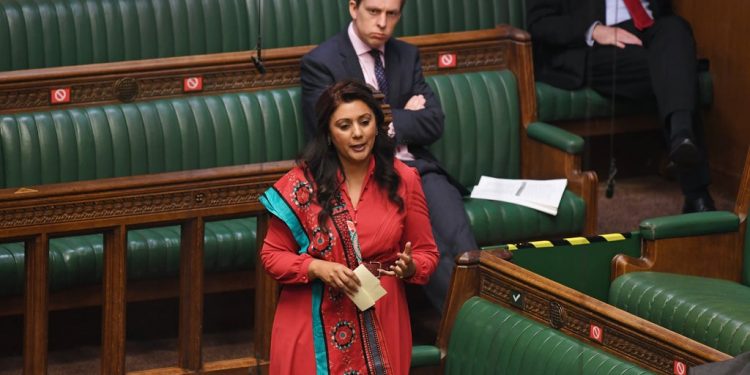 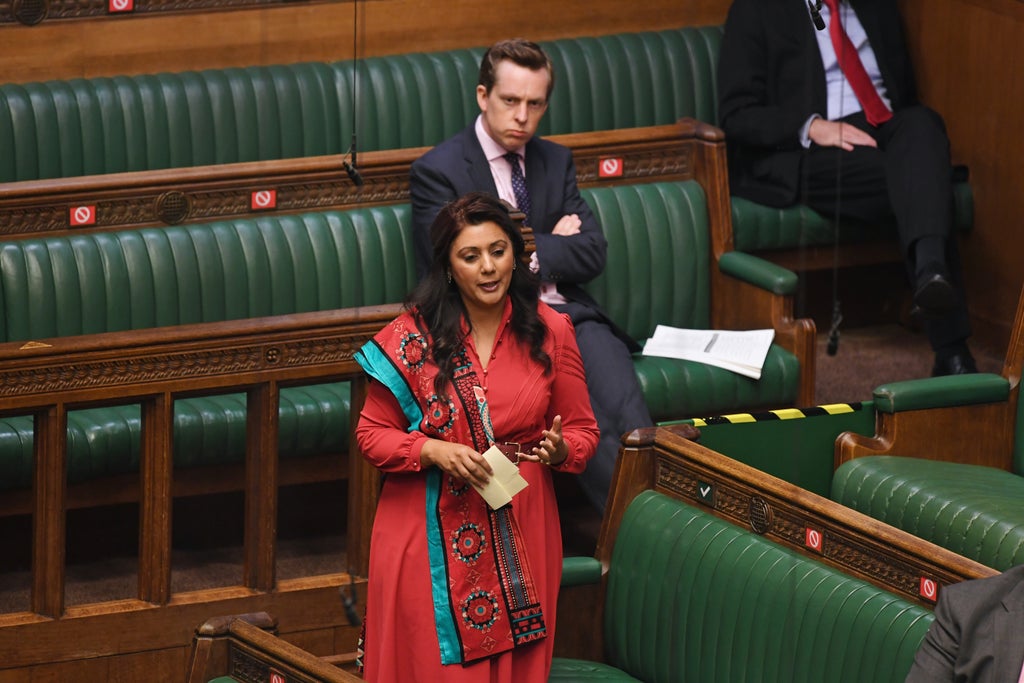 Nusrat Ghani Islamophobia claims won’t be looked at until ‘she makes a formal complaint’, says Raab

A Tory MP has described her disappointment at No 10’s attempt to suggest Boris Johnson already dealt with her claims of Islamophobia at the top of government when they were first made in 2020.

It comes after Nusrat Ghani told The Sunday Times she was sacked as transport minister two years ago due to concerns around her “Muslimness”, with an unnamed government whip allegedly telling her that her faith was “making colleagues uncomfortable”. Chief whip Mark Spencer has since denied the claims, branding them “defamatory”.

Downing Street later said the PM met with Ms Ghani on 1 July 2020 to discuss what happened and suggested she go through the formal complaints process. However, responding to that statement, Ms Ghani said Mr Johnson had told her “he could not get involved” and that all she had “ever wanted was for his government to take this seriously [and] investigate properly”.

Insisting the formal complaints process was “not appropriate for something that happened on government business”, the MP for Wealden added: “I have many things that I want to achieve in politics … and I am deeply disappointed it has come to this.”

Reaction to Nusrat Ghani’s statement in response to No 10 response to Islamophobia claims:

Messages in support of Nusrat Ghani have flooded Twitter after she revealed Boris Johnson said “he could not get involved” when she spoke to him about allegedly being sacked because of her “Muslimness”.

Boris Johnson is facing calls to instigate an inquiry after an MP who made allegations of Islamophobia accused the government of failing to take her complaints “seriously”.

It comes after Nusrat Ghani claimed she was informed by a government whip her Muslim faith was “making colleagues feel uncomfortable” when she lost her job as a transport minister in 2020 during a mini-reshuffle.

In an explosive interview, the MP for Wealden suggested she had not pursued the matter at the time after being warned she would face being “ostracised by colleagues” and her “career and reputation would be destroyed”.

Another senior Tory MP is backing Nusrat Ghani after she publicly accused the PM’s government of failing to investigate her claims of Islamophobia at the top of the party.

Health secretary Sajid Javid said he would “strongly support [Ghani] in making a formal complaint” over the way she claims she was sacked as transport minister, saying “she must be heard.

It comes after education secretary Nadhim Zahawi tweeted last night to say there is “no place for Islamophobia or any form of racism in our party”, adding the matter had to be “investigated properly and racism routed out”.

Mark Spencer, the government’s chief whip, who came forward as the person Ghani was speaking about, has point black denied her version of events, branding it “completely false”.

A statement released by the MP for Wealden said:

“When I told the prime minister in June 2020 what had been said to me in the government whips’ office I urged him to take it seriously as a government matter and instigate an inquiry.

“He wrote to me that he could not get involved and suggested I use the internal Conservative Party complaint process. This, as I had already pointed out, was very clearly not appropriate for something that happened on government business – I do not even know if the words that were conveyed to me about what was said in reshuffle meetings at Downing Street were by members of the Conservative Party.

“Not a day has gone by without thinking about what I was told and wondering why I was in politics, while hoping for the government to take this seriously. Those that have not had their identity and faith questioned cannot fully appreciate what it does to you. Now is not the time I would have chosen for this to come out and I have pursued every avenue and process I thought available to me, but many people have known what happened.

“In my statement yesterday I was careful not to mention any names or implicate the prime minister. All I have ever wanted was for his Government to take this seriously, investigate properly and ensure no other colleague has to endure this.

“I have many things that I want to achieve in politics, not least my campaigns on human rights and genocide, and I am deeply disappointed that it has come to this.”

On that note, former cabinet minister Gavin Williamson has been accused of threatening to withdraw funding for a school the constituency of a recently defected Tory MP, who was considering voting against the government.

Christian Wakeford, who joined the Labour Party earlier this week, first made the claim that he was “threatened that I would not get the school for Radcliffe if I do not vote in one particular way” on Thursday, writes our political correspondent Ashley Cowburn.

At the time, he did not reveal who was responsible, but speaking to The Sunday Times, the MP alleged Mr Williamson, who was then education secretary, had made the threat to cancel the school outside the Members’ Dining Room in parliament.

There’s more trouble for the government after an ex-Tory chief whip said it would be a criminal offence if government whips threatened to withdraw public funding from the constituencies of MPs who refused to toe the party line.

It comes after backbencher William Wragg said he would be meeting police this week to discuss his claims that MPs seeking to oust Boris Johnson were warned investment could be cut from their local areas.

Andrew Mitchell, the MP for Sutton Coldfield, said that if such allegations were true, it would be misconduct in public office.

“There is an absolute rule that you do not go outside the stockade and use the media or blackmail to do in a colleague,” he told BBC Radio 4’s The World This Weekend.

“Using taxpayers’ money in a way to try and persuade a Member of Parliament not to vote in the way that they wish, that would be – if it were true, and I emphasise that is a quite a big ‘if’ – it would undoubtedly be misconduct in public office.

“It would be a criminal offence and it could result in a prison sentence.”

No 10 admits holding back information from partygate inquiry

Officials working in No 10 claim they have held back information from Sue Gray’s investigation into the partygate scandal due to a “culture of fear” surrounding the probe.

Three sources told our economics editor Anna Isaac they have not divulged messages and pictures on their phones after a senior member of staff told them to remove anything that could fuel speculation in the wake of the first party revelations. Messages in a WhatsApp group were said to contain photographs of people drinking and dancing, as well as references to how hungover people were the next day.

Vodafone targets Three as it fends off predators