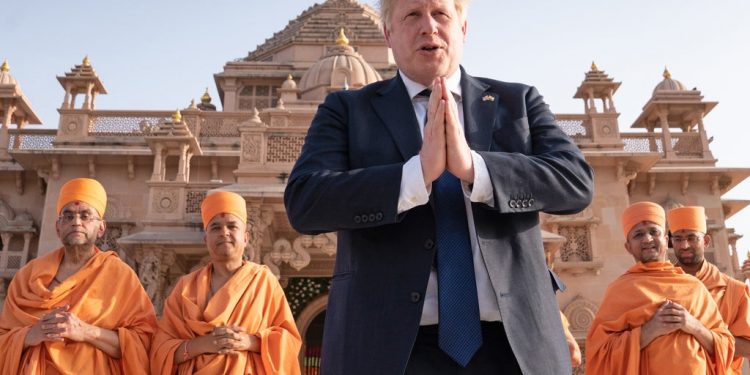 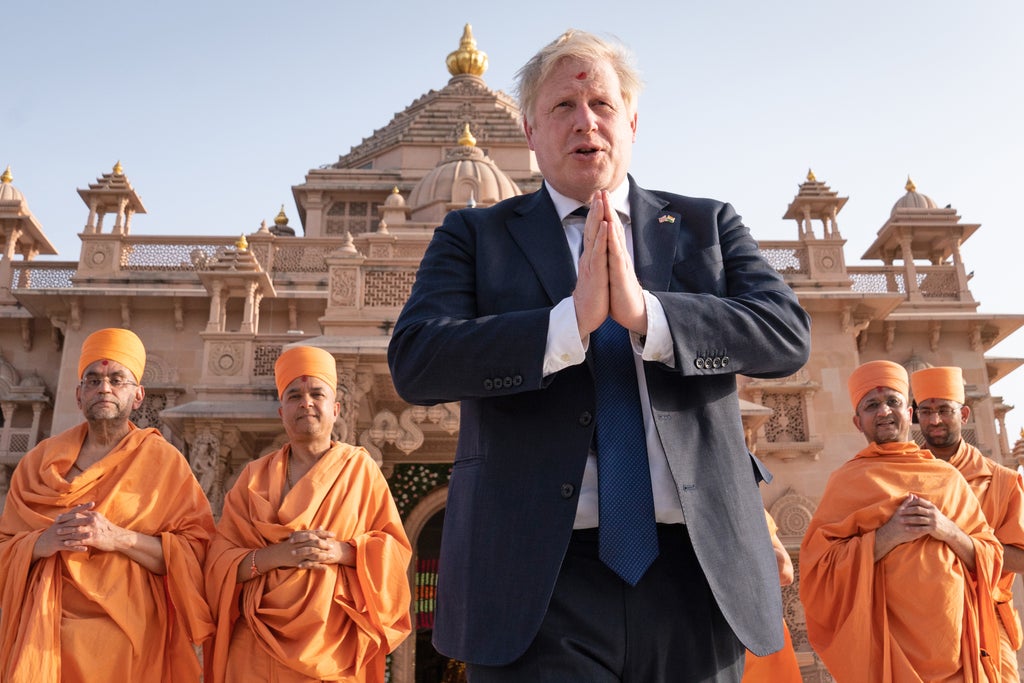 At least two Downing Street staffers have received police fines for attending a ‘bring your own booze’ event on 20 May, 2020, sources told The Independent.

This is the second event that Boris Johnson is known to have attended at which revellers have been given fixed penalty notices.

It comes as senior Conservatives have warned the prime minister that a no-confidence vote on him is now inevitable over the Partygate scandal, with one warning the mood had “turned against him”.

Tory peer Lord Hayward, the party’s influential polling expert, predicted a vote within months, and former defence minister Tobias Ellwood said a ballot on Boris Johnson’s future was a matter of “when not if”.

Polling guru Sir John Curtice says Partygate is set to be a major problem for the Tories at the May local elections, after MPs voted for the Privileges Committee to investigate whether the prime minister misled Parliament.

On the second day of his visit to India, Boris Johnson is all set to meet with Indian prime minister Narendra Modi shortly in Delhi.

Mr Johnson wrote on his Twitter: “Looking forward to meeting with my friend @NarendraModi today in New Delhi. From climate change to energy security to defence, the partnership of our democracies is vital as the world faces growing threats from autocratic states.”

Mr Johnson called the UK-India partnership a “vital” one and said that “from climate change to energy security to defence, the partnership of our democracies is vital as the world faces growing threats from autocratic states”.

Boris Johnson, during his meeting with his Indian counterpart Narendra Modi, is expected to discuss defence and security collaboration across land, sea, air, space and cyber.

Downing Street said that the UK would offer the “best of British knowhow” to support building “new Indian-designed and built fighter jets.”

What will happen next in the Partygate saga?

UK prime minister Boris Johnson is to be investigated for allegedly misleading MPs over Partygate. He had earlier said that “rules were not broken” at Downing Street.

What exactly will an inquiry into Mr Johnson’s behaviour entail? And what could happen to the prime minister if he is found to have lied to the Commons? Eleanor Sly reports:

Boris Johnson thanks Narendra Modi for a ‘fantastic welcome’

Boris Johnson thanked Indian prime minister Narendra Modi for a “fantastic welcome” as the pair met in Delhi this morning, saying he “[doesn’t] think things have ever been as good between us.”

Miles from the airport to his luxury hotel, the prime minister’s blond-maned visage loomed down from hundreds of billboards, writes Andrew Woodcock

Boris Johnson’s visit to inaugurate a JCB factory during his two-day tour of India has been dubbed “tone deaf” amid the outcry over the destruction of mostly Muslim homes in the country using the company’s bulldozers.

In Pictures: Boris Johnson in India

Boris Johnson met with Indian prime minister Narendra Modi today in New Delhi and said that he was thankful for a “fantastic welcome.” Mr Johnson also called the partnership between the UK and India “vital.”

The Prime Minister will discuss defence and security collaboration across land, sea, air, space and cyber, and will also use the meeting to press for a loosening of ties with Moscow, amid concerns about India’s neutrality on Russia’s invasion of Ukraine and its dependence on Russian fossil fuels.

Boris Johnson has promised that Rishi Sunak will keep his job in an expected reshuffle – even as the chancellor refused to say whether he and his family have benefited from his wife’s non-domicile tax status.

ICYMI: Boris Johnson loses his cool with TV interviewer as he insists he has ‘nothing to hide’

Boris Johnson on Thursday lost his cool as he fended off questions about Partygate scandal during his visit to India and insisted he has “absolutely nothing to hide”.

As Sky News interviewer Beth Rigby asked a series of queries about lockdown-breaching parties at 10 Downing Street, Mr Johnson told her: “I want to talk about the point of this trip… Ask me questions relating to the trip.”

After Boris Johnson’s meeting with prime minister Narendra Modi, he is scheduled to hold talks with India’s external affairs minister S Jaishankar. It was reported that after this the sides will then issue a press statement at around 1pm at Hyderabad House in Delhi.