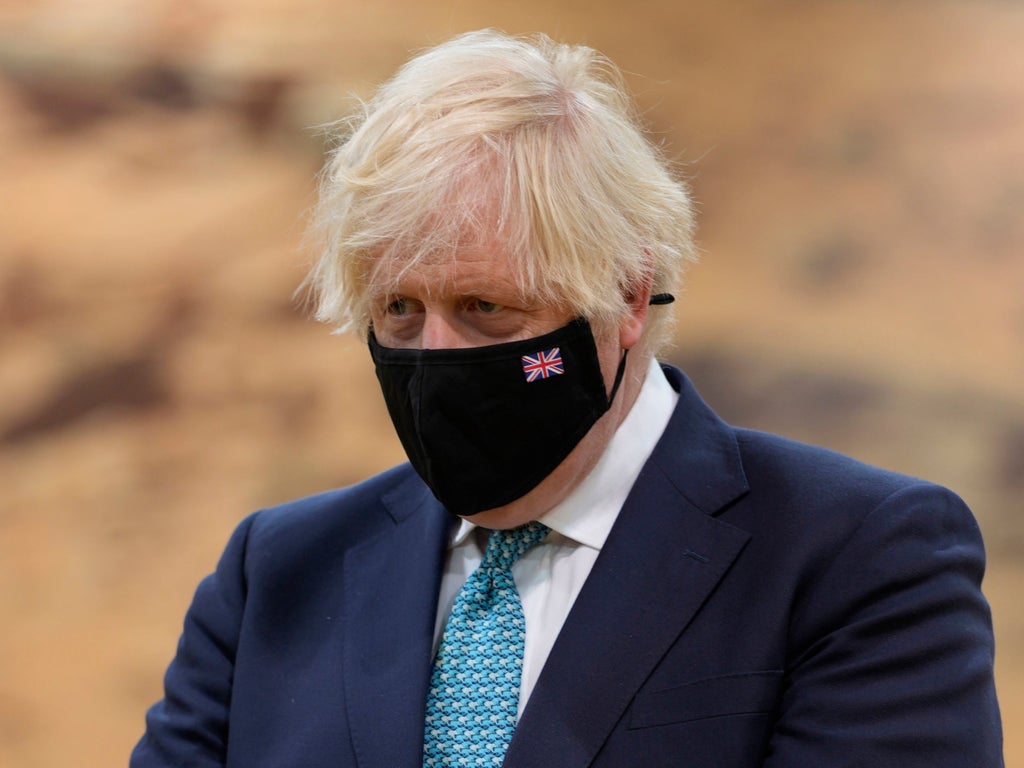 Brexit red tape is putting UK manufacturing at risk of serious disruption as vital parts for British goods such as cars and fridges could fall into legal limbo, it has emerged.

The UK government has failed to devise an acceptable replacement for the EU’s safety standards system, meaning components needed for use in the UK will not have a suitable “kitemark” to guarantee a product is safe, according to leading figures.

During Brexit negotiations, ministers failed to secure an agreement with the EU to recognise one another’s safety standards, known as conformity assessments.

Meanwhile, it has been revealed that Boris Johnson will not meet first minister Nicola Sturgeon for talks during a visit to Scotland this week.

The SNP leader had invited Mr Johnson to discuss the UK’s recovery from the Covid-19 pandemic but the prime minister has turned down the offer, according to a letter seen by the BBC.

British holidaymakers heading to Europe are set to pay around £6.20 after the EU published its proposals for visa-style fees and security forms following Brexit.

The EU Commission wants to charge visitors a €7 fee when it introduces its European Travel Information and Authorisation System, but the UK government currently has no plans to bring in a reciprocal fee for arrivals from the EU and Schengen area countries.

Iran has made a “big mistake” by targeting the Mercer Street tanker, killing a Briton and a Romanian, and risks triggering a “disastrous” escalation of hostilities in the Middle East, the head of the British military has said.

The drone attack on 29 July off the coast of Oman led to international condemnation after the UK, US and Israel laid the blame on the Iranian government.

Chief of the Defence Staff General Sir Nick Carter told BBC Radio 4’s Today programme: “What we need to be doing, fundamentally, is calling out Iran for its very reckless behaviour.

“They made a big mistake on the attack they did against the Mercer Street vessel last week because, of course, that has very much internationalised the state of play in the Gulf.”

He added: “Ultimately, we have got to restore deterrence because it is behaviour like that which leads to escalation, and that could very easily lead to miscalculation and that would be very disastrous for all the peoples of the Gulf and the international community.”

Boris Johnson is “missing in action” ahead of the vital COP26 climate summit in Scotland later this year, putting the talks at risk of failing, Sir Keir Starmer has warned.

The Labour leader said that the world was “looking to Britain to deliver” but Mr Johnson was more interested in “soundbites” than leadership.

Our reporter, Matt Mathers, has the full story below:

More than 40,000 students to be able to study abroad under post-Brexit scheme

More than 40,000 UK students will be able to study and work abroad from this September as part of the government’s post-Brexit replacement for the Erasmus exchange programme.

The Department for Education (DfE) has said that less than half (48 per cent) of the places on the scheme are expected to go to students from disadvantaged backgrounds.

More than 120 universities, as well as over 200 schools and colleges across the UK, will be awarded grants from the £110m Turing Scheme, with Canada, Japan and the US among about 150 destinations where students will be funded to take up work and study placements.

The minimum duration of a university placement has been reduced to four weeks from three months under Erasmus as part of the new scheme, the DfE said.

“The chance to work and learn in a country far from home is a once-in-a-lifetime opportunity – which broadens minds, sharpens skills and improves outcomes,” education secretary Gavin Williamson said.

“Until now it has been an opportunity disproportionately enjoyed by those from the most privileged backgrounds.”

He added: “The Turing Scheme has welcomed a breadth of successful applications from schools and colleges across the country, reflecting our determination that the benefits of global Britain are shared by all.”

Universities, colleges and schools across the UK were invited to apply for the fund in March.

The issue of a second Scottish independence referendum is set to move up the political agenda in the coming weeks ahead of the SNP’s annual conference, a political reporter has suggested.

John Boothman, political correspondent for the Scottish edition of The Sunday Times, told Times Radio on Wednesday morning that talk of independence had “already started racking up” in recent days.

“I think part of this is to do with the fact that in some five or six weeks time there is an SNP conference and Nicola Sturgeon has got activists to satisfy,” Mr Boothman said.

“She’s also still got, because he’s still around, Alex Salmond and his Alba party looming over and encouraging further moves on independence so there’s a lot of talk in the air now about independence.”

He added: “This issue, having been way down the political agenda since the Scottish election back a couple of months ago, is starting to move up and you can expect to hear a lot more of it in the coming weeks.”

Labour leader Sir Keir Starmer has ruled out forming an electoral pact with the SNP on “constitutional issues” before or after the UK’s next general election.

Sir Keir told Scotland’s Daily Record newspaper that he would be happy to meet SNP leader Nicola Sturgeon to discuss the “challenges of the day” but would not consider offering support for a second independence referendum.

The Scottish government has called for more clarity from Boris Johnson’s administration on plans to renegotiate the post-Brexit Northern Ireland Protocol ahead of a meeting with Brexit minister Lord David Frost today.

“The ongoing tensions between the UK government and the EU over the Northern Ireland Protocol are of great concern,” external affairs secretary Angus Robertson said, ahead of the meeting.

“The entire issue could worsen the already damaging trade impact on Scotland of the UK government’s hard Brexit, and have wider ramifications for EU-UK relations, including further eroding trust.”

Mr Robertson added: “Lord Frost needs to explain to Scotland what the rationale is behind the UK government’s high risk and potentially provocative strategy, and provide reassurance that a damaging breakdown in relations can be avoided.”

Ministers have been accused of an “unforgivable” failure to create contingency plans for future school closures and exam disruption from Covid-19, leading to chaos for millions of children during the second wave of the virus.

A new report by the Institute for Government claimed that ministers actively avoided creating such plans and that Downing Street constantly feared the Department for Education was on the brink of crisis early last summer.

Our reporter, Jon Sharman, has the full story below:

The pledge, which was inherited from Jeremy Corbyn’s leadership, would put the UK on the path to net-zero emissions 20 years ahead of Boris Johnson’s 2050 target.

Our political editor, Andrew Woodcock, has the full story below:

Allowing younger people to have a Covid-19 jab is welcome news as many will follow their parents and get vaccinated, the head of the Association of School and College Leaders (ASCL) has said.

The vaccine is expected to be offered to all 16- and 17-year-olds soon after previously being offered to those with certain health conditions.

Geoff Barton, general secretary of the ASCL, told BBC Radio 4’s Today programme: “Anything that gives the reassurance to young people that they are being treated in the way that the adult population is and that their education won’t be disrupted to the extent it has been – that has to be welcomed.

“I’m sure many parents, with their youngsters, will think ‘at last’ we’re starting to give a real sense of priority to young people’s education.

“I think that generally… young people feel they’ve been let down educationally.”

Advocates fear US weighing climate vs. human rights on China

How to Schedule a Sabbatical Without Killing Your Career