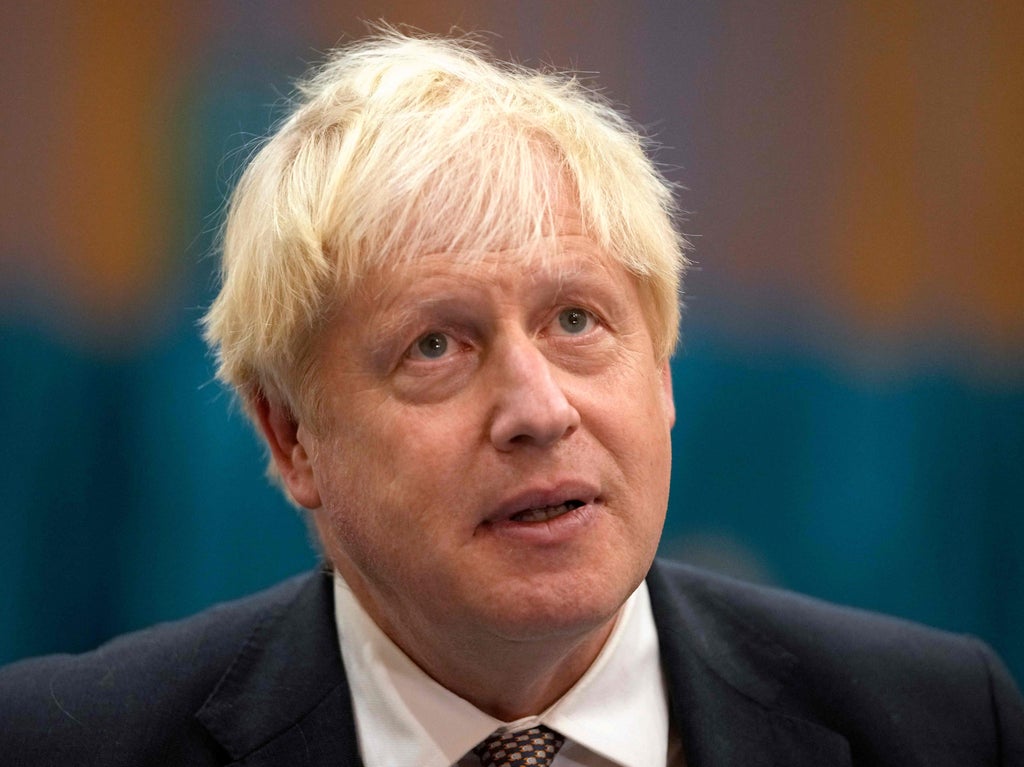 The Treasury has pledged a £6bn package of funding aimed at tackling NHS waiting lists in England as part of Rishi Sunak’s autumn Budget, which is set to be unveiled this week.

It is understood that £3.8bn of the funding will go towards getting the health service “back on track” following the Covid crisis, while roughly £2.1bn will be used for “digitising” the NHS.

Previous estimates have suggested that the sum offered may not be enough to clear the huge backlog in care, with figures showing that the number of people waiting for routine hospital treatment in England has hit a record 5.6 million.

More than £30bn of spending has already been committed across numerous announcements from the Treasury over the weekend, the largest of which being £7bn for transport infrastructure outside of London.

However, Mr Sunak admitted on Sunday that only £1.5bn of that £7bn would be new money as the chancellor conceded that much of the funding would go towards previously announced projects.

Exclusion zones outside schools are an option to prevent “idiot” anti-vaxxers spreading “vicious lies” to children, Sajid Javid has said, following reports of teachers and parents being harassed and intimidated.

“There are options, in terms of whether it’s an exclusion zone or potential action, I think it’s got to be done at local level, with local police,” Mr Javid said, when asked about the issue on Monday morning.

Our political correspondent, Ashley Cowburn, has the full story below:

Labour leader Sir Keir Starmer has said he will “wait and see what the small print is” for Rishi Sunak’s Budget this week, following a string of funding pledges for infrastructure and the NHS.

When asked about reports of £6bn being allocated for the health service, Sir Keir told ITV’s Good Morning Britain: “Well let’s wait and see what the small print is because I’ve seen this many times where money that has already been allocated is re-announced…

“Money for the NHS is always welcome but let’s see what the small print is on Wednesday.”

The extra spending on train and tram upgrades in England’s cities comes as ministers attempt to fend off protests that pledges to the North and Midlands are being broken.

‘Impossible to know’ whether NHS backlog will be cleared in three years, Javid says

It is “impossible to know” whether the NHS backlog will be cleared within three years despite billions being pledged to help solve the problem, health secretary Sajid Javid has said.

Mr Javid said on Monday that the waiting list was currently at 5.7 million people but he estimated that it could be as high as at least 7 million.

“I’ve been very open about this, it’s going to go up before it comes down,” the minister told BBC Radio 4’s Today show.

“I’m not going to put a number on it – it’s impossible to know because I don’t know how many people will eventually come back to the NHS.

“With this investment, this £6bn investment in capital, in equipment, alongside the investment we’ve announced through the levy of £12bn a year going into the NHS and care systems – this is what’s going to drive down that waiting list and make sure more people get seen as quickly as possible.”

The NHS needs “a little bit more” than the £6bn funding which is set to be given to the health service to help tackle the waiting list backlog, an NHS official has said.

Dr Layla McCay, director of policy at the NHS Confederation, told Times Radio: “£6bn is a lot of money, especially in the current economic climate.

“While it will be really helpful, particularly in addressing the backlog, we need to remember that the NHS does need a little bit more than that in order to properly restore services and work through the additional expenses that have been created by Covid-19.

“So certainly that money will go a long way, but I think that we will also need to see investment in other areas.”

Health secretary Sajid Javid has insisted that expectant mothers should be “reassured” that they will get the care they need following reports that maternity services are near breaking point.

The Guardian reported on Sunday night that the NHS could be unable to deliver necessary care for women giving birth if Covid cases continue to rise.

When asked about the report, Mr Javid replied: “Of course, I can reassure… no expectant mum should have that kind of concern.

“I’m not going to say for a second that the NHS is not under huge pressure, everyone can see what’s happening and throughout the pandemic we’ve seen the NHS rise to a huge challenge – and that challenge continues.”

Some of the £6bn NHS investment will start “making a difference pretty quickly”, with more than £2bn going to community diagnostic centres for tests and scans to tackle waiting lists, health secretary Sajid Javid has said.

Mr Javid insisted on Monday that funding would be made available for the issue of staff shortages, when asked about NHS Confederation figures showing the health service was short of 80,000 workers.

“This £6bn is about sort of capital investments, so… physical things like beds, IT equipment, scanners and things,” he said.

“You’re right to point out that we need more people, it is a big challenge. In the last year, I’m pleased that we’ve seen I think 3,000 more doctors, 9,000 more nurses, but we do need a lot more, we need them for a long-term.”

Staff shortages should be tackled as part of NHS investment, expert says

Staff shortages should be tackled as part of investment into the NHS as funding for equipment will not solve all of the health service’s problems, the chief executive of The King’s Fund has said.

Richard Murray told BBC Radio 4’s Today show that Rishi Sunak’s Budget looked like it would target some of the “big issues” now facing the NHS but more needed to be done.

“We have very few MRI or CT scanners in the United Kingdom compared to other countries,” Mr Murray said.

“There are many gains we have made through Covid about the use of technology, so this is certainly welcome, but the real challenge is as we build these new facilities will we have any staff to put in them, to actually work them?

“This is only three parts of the overall capital spending for the NHS and we still don’t know what’s happened to the rest.”

He added: “There are already very deep shortages across the NHS and that includes in some of the key areas of diagnostics, so great to have the kit and it does need to be updated, but there are shortages even as we speak, so expanding NHS capacity, you’ve got to go hand-in-hand with the facilities.

“It’s increasingly odd that as we look towards the future this one great big keystone- how we’re going to handle NHS workforces and health and social care staffing – is still the missing piece.”

The spending announcement comes after the latest NHS figures showed that the number of people waiting for routine hospital treatment in England had hit 5.6 million – the highest number since records began in 2007.

Hello and welcome to The Independent’s live coverage of UK politics today.

Leftists of the media ‘always stick to the same formula’: Chris Kenny

Leftists of the media ‘always stick to the same formula’: Chris Kenny

One in Ten Adults Worldwide Have Diabetes