Boris Johnson partygate latest: First Tory calls for PM to quit after Sunak ‘had to be talked out of resigning’ 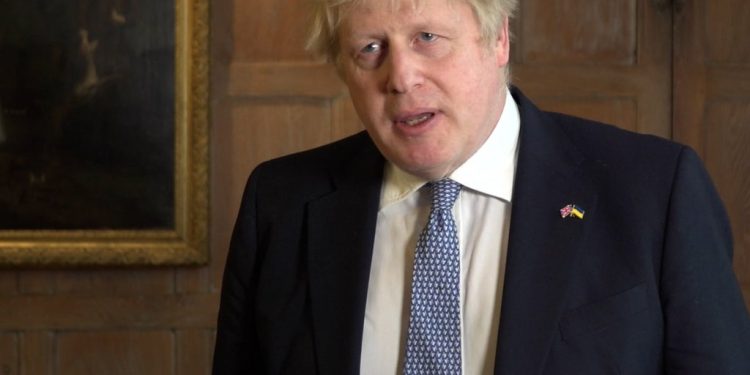 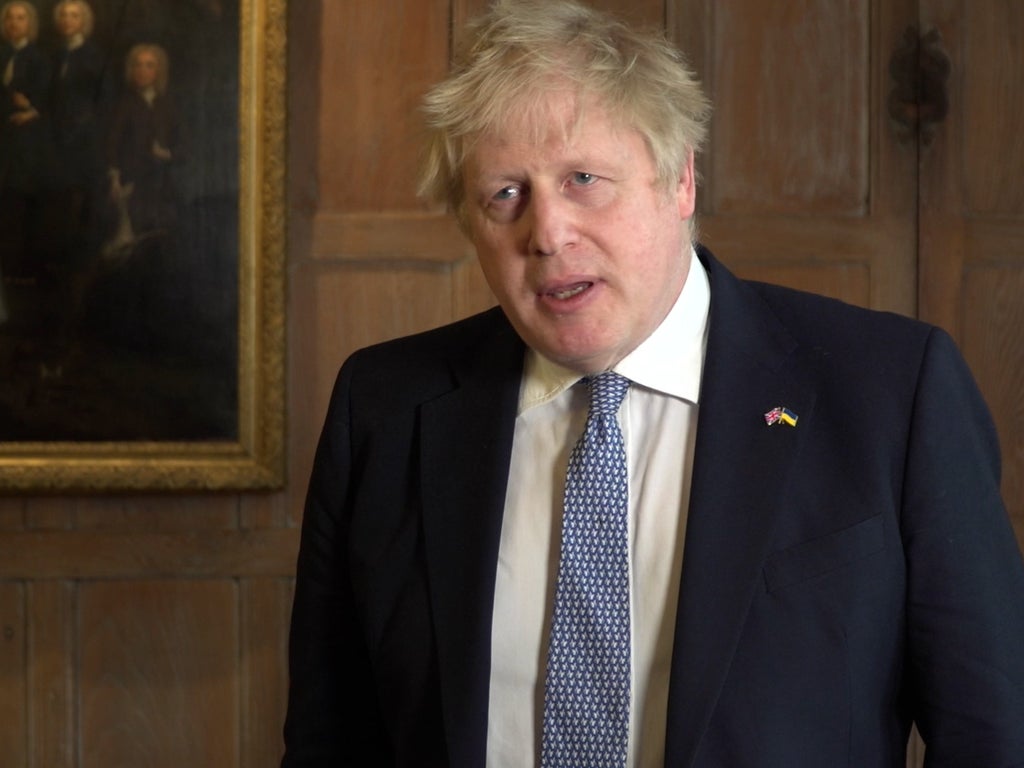 Partygate: Boris Johnson claims ‘it did not occur’ to him that he was breaking rules#

Boris Johnson’s position is “untenable”, according to the first Conservative MP suggesting he should resign as prime minister since he was fined for breaking Covid laws.

Backbencher Nigel Mills said: “I don’t think the PM can survive or should survive breaking the rules he put in place … He’s been fined.”

Mr Mills, MP for Amber Valley in Derbyshire, said the public was “rightly angry that at a time when they were observing the very strictest of the rules people who were making the rules didn’t have the decency to observe them”.

It comes as Rishi Sunak is said to have been “talked out” of resigning as chancellor after he was fined by the Metropolitan Police for breaking Covid-19 lockdown laws.

He reportedly discussed with his aides whether he should step down over the fine, but was warned that his resignation may mean that Mr Johnson would have to do the same, as well as damaging his own career, according to a report in The Times.

MPs and ministers who back Boris Johnson over his Partygate fine are tacitly endorsing law breaking, Ed Davey has suggested.

The Liberal Democrat leader spoke to Sky News earlier after the Met Police confirmed it was handing the PM a fixed penalty notice over breaking Covid laws.

Responding to calls for Johnson to quit over the scandal, Mr Davey said the PM should resign as a “matter of principle”.

“Conservatve MPs who are coming out on programmes like this and backing the prime minister are basically associating the whole party with this law breaking, this dishonesty,” he said.

“They’re all now guilty,” he added. More comments from Davey below:

Boris Johnson is pictured shaking hands with president Volodymyr Zelensky on his visit to Kyiv with the caption of both leaders saying “Thank you for coming to my rescue.”

Mr Stewart, 49, a former Tory leadership contender, says the PM is “probably quite enjoying” the criticism aimed at the chancellor and his wife.

Mr Stewart says Sunak is aware the recent “smear campaign” is not just from journalists – and “No.10 is feeding quite a lot of this”.

He says: “It’s perfectly possible that people inside No.10 are quite enjoying dripping this stuff through”.

Mr Stewart was speaking on Alastair Campbell’s The Rest Is Politics podcast.

He said: “My guess is Boris Johnson is probably quite enjoying this. I think he feels threatened by Rishi Sunak.

“Rishi was the big challenger to him, and I think when Rishi Sunak is saying it’s a bit of a smear campaign, he’s not just talking about journalists going after him.”

Former Cabinet minister Lord David Frost has said he feels confident that Boris Johnson will lead the Conservatives into the next general election, despite Partygate.

When posed the question on LBC, he said: “I believe he will if he does the right things – if he makes his case, makes clear what goes on, regularises the position with Parliament.

“We’ve got the energy crisis, we’ve got a lot of things going on. It’s going to be extremely difficult, I think people recognise that.

“But I think when it comes to making a choice between Conservatives and Labour, the record of this government, Boris Johnson’s leadership capabilities, the fact that we will have delivered so much, will be important.

“So yes, I’m confident he will – but we must do the right things in these two years that remain to us.”

‘History would not forgive us’ if Boris Johnson quit during Ukraine war, Tory MP says

Conservative MP Sir Roger Gale said the world cannot afford for Boris Johnson to resign while the UK leads the response to the Ukraine invasion.

Speaking to Time Radio, Mr Gale resisted calls for Mr Johnson to resign saying: “Under other circumstances I would be saying that he has broken the law he set and not only that he’s misled the House of Commons and therefore he should resign but we don’t live in normal circumstances at the moment,” Mr Gale said.

“If we were to do that I think history would not forgive us, it’s a luxury we simply cannot afford at the moment,” he added.

Mr Gale did say, however, that he hoped the prime minister would put himself forward for a leadership challenge “when the time comes.”

Watch: One fine not grounds for resignation, says Lord Frost

Tory Peer Lord Frost says it is a “good idea” to bring forward the Sue Grey report into No 10 lockdown parties adding that Boris Johnson “has the right to be trusted” but that he should explain.

However, the former Brexit minister stopped short of calling for Mr Johnson’s resignation saying that one fine was “not grounds for resignation.”

Boris Johnson could end up paying more than £10,000 in fines for Partygate, lawyer says

When asked whether he thinks there are further fines in the pipeline for Mr Johnson, the lawyer said: “I would be surprised if there aren’t.

“I always thought the birthday party was very straight forward, but there are other gatherings which are even more straight forward – the 18 December and the Christmas party and various leaving dos.

“I think there has already been fixed penalty notices given out for one of the leaving dos.

“If all of them were quite similar it seems to me there’s going to be a number of fixed penalty notices, probably for the prime minister as well.”

Tees Valley mayor Ben Houchen says Boris Johnson is a “flawed individual” who “has made mistakes” but argues “that makes him more human to a lot of people.”

Speaking to LBC, Mr Houchen defended the PM calling him friendly and affable.

“They recognise that he [Boris Johnson] he is a flawed individual, he has made mistakes and he wears that on his sleeve, that makes him more human,” Mr Houchen said.

“That makes him more human to a lot of people and people feel like they can identify with that which creates a connection that other prime ministers don’t have.”

Boris Johnson’s position is “untenable”, according to the first Conservative MP suggesting he should resign as prime minister since he was fined for breaking Covid laws.

Backbencher Nigel Mills said: “I don’t think the PM can survive or should survive breaking the rules he put in place … He’s been fined, I don’t think his position is tenable.”

Mr Mills, MP for Amber Valley in Derbyshire, said the public was “rightly angry that at a time when they were observing the very strictest of the rules people who were making the rules didn’t have the decency to observe them”.

Our political correspondent, Adam Forresthas the full story below:

Grant Shapps defended the prime minister – saying that he had been taken “by surprise” by the June 2020 birthday party for which he received his fixed penalty notice (FPN).

“He is completely mortified by this happening … he’s incredibly embarrassed – he knows it was stupid, indefensible,” the transport secretary told Sky News.

Mr Shapps also insisted that the prime minister should not have to resign for breaking the law. “Anybody who broke the [Covid] rules wouldn’t be in a job, would they?”

Asked if he thought Mr Johnson was an honourable man, Mr Shapps said: “I do. I judge people in the round. I’m not saying the prime minister isn’t a flawed man, we’re all flawed … He’s human, and humans err.”

Our political correspondent, Adam Forresthas the full story below: