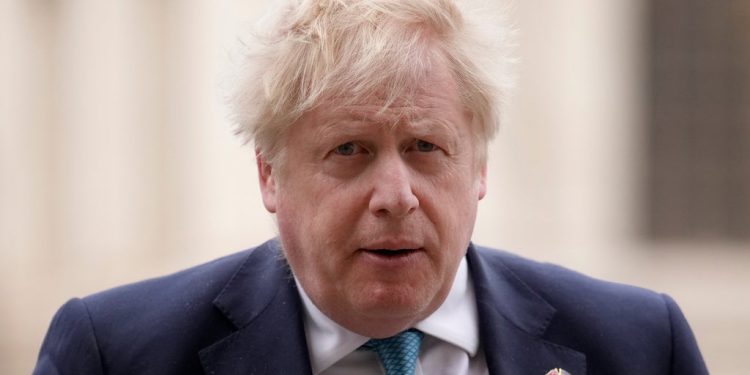 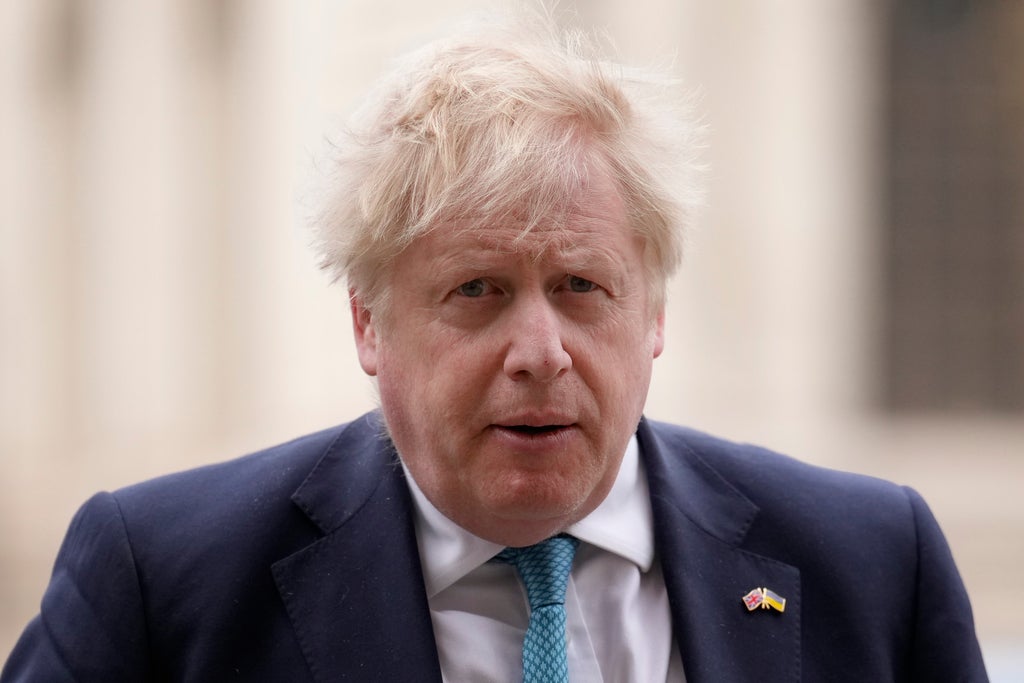 A senior Tory MP has said Boris Johnson should hold a vote of confidence if the local elections in May go badly for the Conservatives as a result of the partygate scandal.

It comes as the prime minister is reportedly set to receive three more police fines for breaking the law by attending lockdown parties at Downing Street.

Tobias Ellwood, told BBC Radio 4’s Today programme that Mr Johnson “owes it to the parliamentary party, once the reports have concluded and the local elections have allowed the public view to be factored in, to agree to hold his own vote of confidence if those elections go badly”.

The event on 13 November “is considered to be the most serious breach of the coronavirus regulations among the events that the prime minister attended,” an unnamed source told the newspaper.

Johnson ‘to get three more fines’

Government sources told The Guardian the fixed penalty notices could come from events that have not yet been fully investigated by the Met Police.

The Daily Mirror today carries a similar story, which says things are going to get worse for the PM when MPs return from the Easter recess.

“And it’s that message that should lead him to go and I noticed that’s why the justice minister- the only serious lawyer in the government- has left.”

Boris Johnson is trying to distract the public from his lockdown law-breaking with an eye-catching announcement on immigration, a senior Conservative MP has said.

The prime minister on Thursday is expected to make a speech on Thursday laying out details of the policy, which will see refugees claiming asylum in Britain flown thousands of miles away to the landlocked African country.

But the timing of the announcement has raised eyebrows, coming just days after the prime minister received his first fine for breaking lockdown rules at a birthday party for himself in Downing Street, our policy correspondent Jon Stone writes.

There is a difference between “misleading and deliberately misleading”, the Wales secretary has said.

Simon Hart told Sky News: “We heard all of that with Tony Blair and the Iraq War, if you remember, weapons of mass destruction? And the suggestion was at the time that he had misled Parliament.

When pressed on the fact the Prime Minister is overseeing 50 breaches of the law being broken, Mr Hart said: “I don’t know where you got 50 from.”

Sky News presenter Kay Burley explained: “Because 50 notices have already been issued. So, 50 times somebody has broken the law in Downing Street.”

Mr Hart replied: “You know more about this than me”, adding: “We can’t speculate about an inquiry which is incomplete.”

Labour MP Lucy Powell has said the Government’s announcement to send asylum seekers to Rwanda is “less about dealing with small boats and more about dealing with the Prime Minister’s own sinking boat” as a distraction amid the partygate scandal.

The shadow cabinet minister told BBC Radio 4’s Today programme: “This is quite obviously a pretty desperate attempt by the Prime Minister to distract from his law-breaking and I don’t think there would be many of your listeners that wouldn’t take it with a large dose of scepticism.

“It’s a plan that might sound good in a focus group and would certainly grab the headlines because it’s very controversial and contestable – but in reality, it is unworkable, expensive, and unethical.

“It will end up costing us a lot more money in the long run and it won’t deal with the issues of the very, very poor decision-making that is happening in the Home Office.

“It won’t do anything to deal with the fact that we don’t have any return agreements, which is part of the issue in the backlog in the system.

Welsh secretary Simon Hart told Sky News that people who get partygate fines should not lose their jobs “automatically”.

He said this morning: “My opinon is, people who get a fixed penalty notice should not automatically expect to be sacked at the same time.”

The Tory MP added: “I don’t want to excuse or justify.

“I have to take my fair share of blame for this, we all have to hold our hands up.”

Tobias Ellwood has said Boris Johnson should hold a vote of confidence if the local elections in May go badly for the Conservatives, adding that Vladimir Putin could “exploit” the Prime Minister’s image as a law-breaker following the partygate fines.

Mr Ellwood, a Tory MP who is also chairman of the Commons Defence Committee, told BBC Radio 4’s Today programme: “We’d like to see the United Kingdom as a beacon of democracy, an exemplar on the world stage.

“So for me, it’s actually a worrying turning point when we lose sight of those high standards, as ironically they’re being eroded across the world.

“I mean, back to Ukraine, something Putin will no doubt exploit – how can a lawmaker also be a law breaker? This is not a good look.”

“It’s about the reputation of the party for which all colleagues must defend, and I believe he owes it to the parliamentary party, once the reports have concluded and the local elections have allowed the public view to be factored in, to agree to hold his own vote of confidence if those elections go badly.”