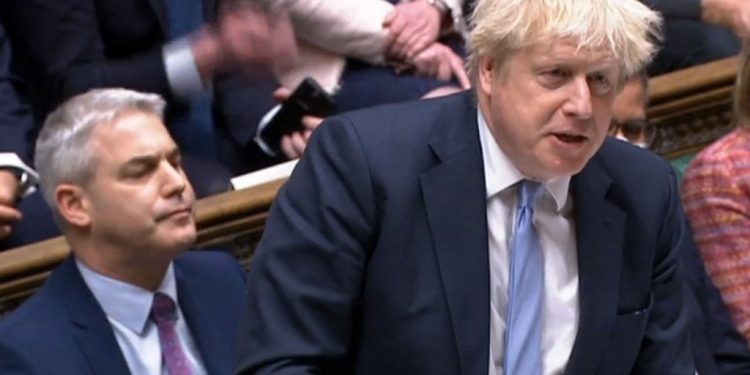 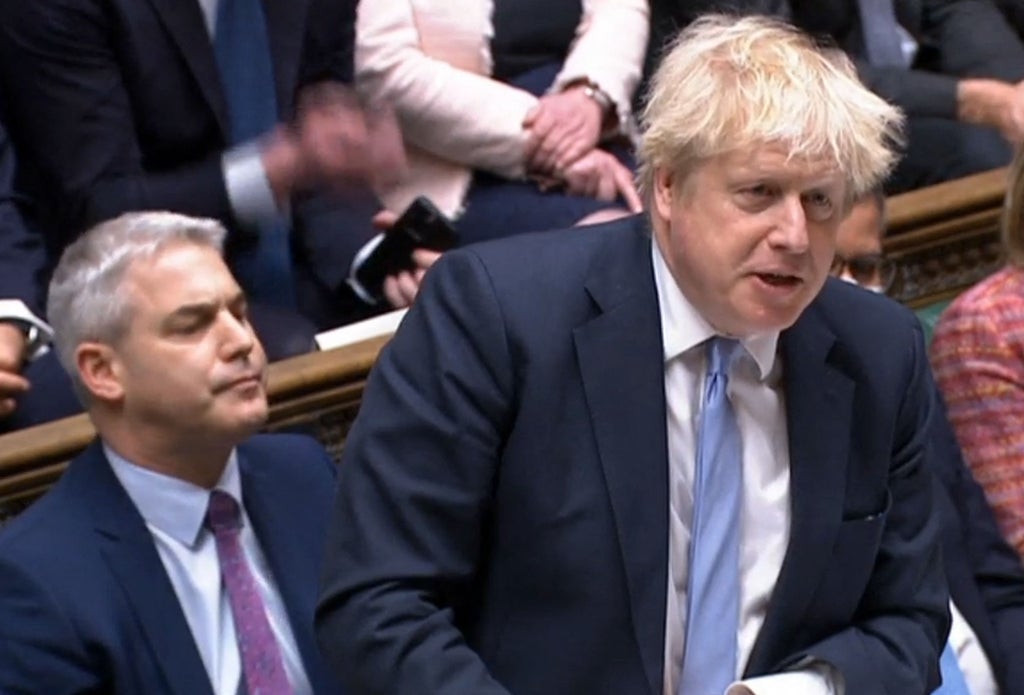 Boris Johnson has told MPs he should not be blamed for helping to incite an attack on opposition leader Keir Starmer because it would let the “thugs” who carried it out “off the hook”.

The prime minister was branded “disgraceful” in the House of Commons on Wednesday for repeating claims linking Sir Keir to a decision not to prosecute the notorious sex offender.

He was widely criticised, including by his own Tory MPs, after the Labour leader was days later accosted by a mob in Westminster shouting about Savile’s crimes.

But urged to “reconsider his words, repent and resign” today by Labour backbencher Ruth Jones, he said: “I don’t think she should … let the thugs and yobs who bullied and harassed the honourable gentleman off the hook, because they are culpable.”

His long-standing ally Munira Mirza quit as head of policy at No 10 last week in protest at his refusal to withdraw what she called a “scurrilous accusation”.

Although Sir Keir was head of the Crown Prosecution Service in 2009 when a decision was taken not to prosecute Savile, he had no personal involvement in the deliberations.

However, supporters of the prime minister argue that they are entitled to hold him to account for the failings of the organisation.

Tinder Swindler: How to spot a fake dating profile

Tinder Swindler: How to spot a fake dating profile