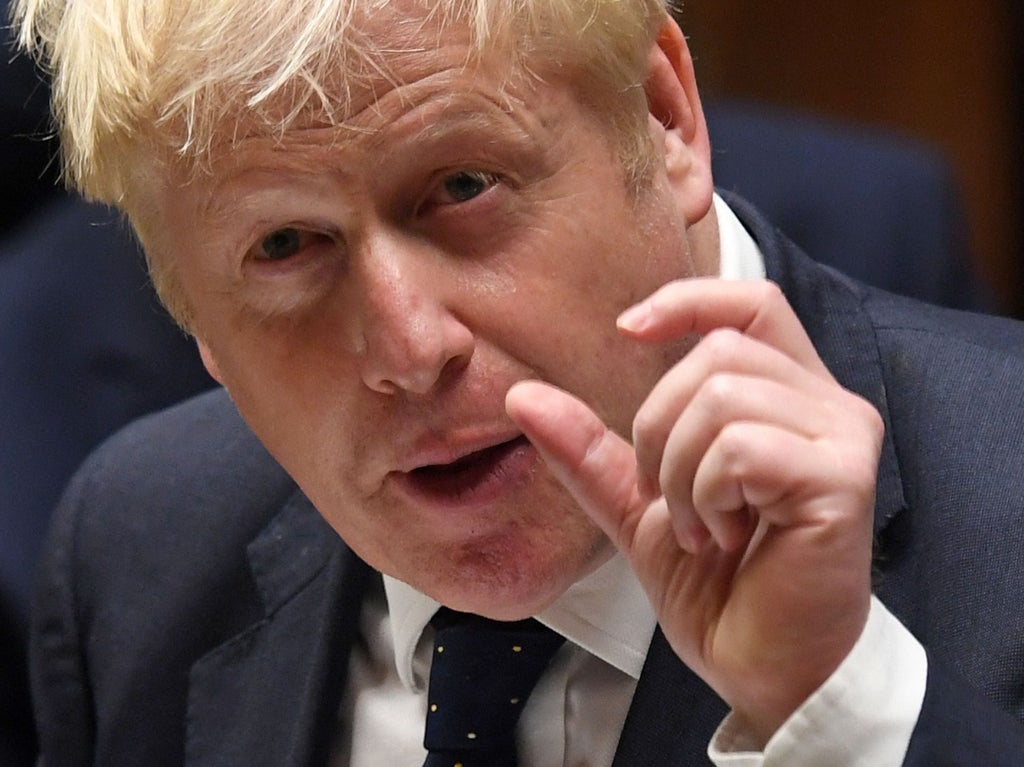 Boris Johnson will this week set out the government’s plans for dealing with the challenges of Covid in the winter months and is expected to repeal specific measures contained in the powers passed by MPs.

In his first coronavirus press conference since lifting the majority of legal restrictions on 19 July, the prime minister is expected to outline a blueprint for “managing” Covid amid fears of a further wave.

It is expected to coincide with a final decision on booster jabs from the Joint Committee on Immunisation and Vaccination (JCVI) after interim advice from the body suggested planning for the most vulnerable to be offered jabs from late September.

No 10 said it was difficult to predict with certainty what pressures will be placed on the NHS, with Covid circulating alongside flu, but warned: “The winter months will bring renewed challenges.”

It comes amid reports the government could enforce the mandatory use of masks and once again advise people to work from home under contingency proposals if infections surge in the autumn months.

But the traffic light system governing international travel will be scrapped, reports in the Mail on Sunday suggest, as well as the requirement for Britons returning from overseas to pay for expensive PCR Covid tests.

There are also reports the government is set to unveil plans imminently to begin vaccinating 12-15 year-olds, with The Observer reporting schools have been warned to begin implementing a programme within weeks and perhaps as soon as 22 September.

The decision comes as the chief medical officers in the UK are leading a review into whether a mass inoculation campaign would help children’s education; the Joint Council on Vaccination and Immunisation concluded the health benefits of vaccination for younger teenagers were minimal.

Experts have warned that admissions to hospital related to Covid-19 are already increasing at an “alarming rate” — putting increased pressure on the NHS as it struggles to cope with demand for emergency care and millions waiting for treatment.

According to the Daily Telegraph, however, Mr Johnson is “adamant” that a national lockdown will not be reimposed and Downing Street has denied it is considering a “firebreak” in October.

In a statement ahead of unveiling his plan, the prime minister added: “Thanks to the efforts of the public, the NHS and our phenomenal vaccination programme, we reached Step 4 in our roadmap and life has returned to a sense of normality.

“These extraordinary times required necessary but intrusive measures. But I’m determined to get rid of any powers we no longer need because of our vaccine defences. I will set out the next phase in our Covid response shortly.”

Officials said the prime minister will commit to repealing some specific powers contained in the Coronavirus Act (2020) that are no longer “necessary”, including powers to detain potentially infectious persons and closing down sectors of the economy, or applying restrictions to events and gatherings.

Vital elements will be retained, No 10 added, including providing sick pay for those isolating from day one rather than day seven, directing schools to remain open if they go against government guidance, and for people to isolate if they test positive.

The Coronavirus Act did not pass parliament until 25 March 2020 – two days after the prime minister ordered England’s first national lockdown. Large swathes of the emergency powers used by ministers, including national restrictions, fall under the Public Health Act (1984), which is not expected to be altered.

In a paper published earlier this year, the Institute for Government think tank, said: “The Public Health Act is the basis for most of the emergency powers that the government has used to respond to Covid-19.

“The Public Health Act allows the appropriate minister to make provisions to prevent or control the spread of infection, including provisions to close schools, shops, restaurants and other premises, prohibiting or restricting events or gatherings, and limiting the activities of the public.”