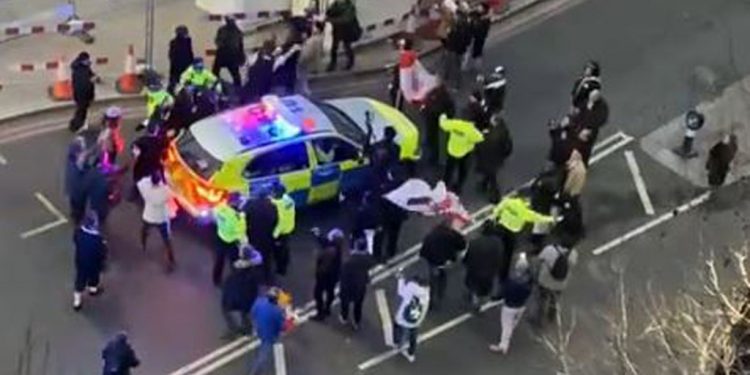 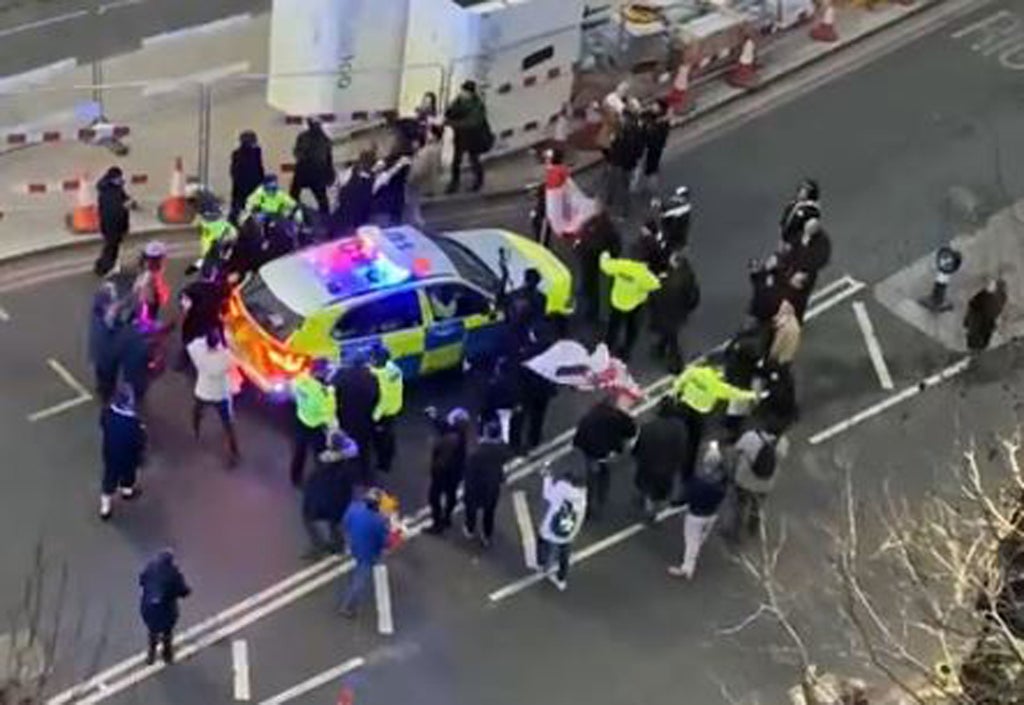 Boris Johnson’s slurs about Jimmy Savile against Keir Starmer did not “incite” or “provoke” a mob who surrounded and hurled abuse at the Labour leader last night, a government minister has attempted to claim.

It comes after Sir Keir was bundled into a police car for his own safety after being targeted outside Parliament by angry protestors, heckling “traitor”, “Jimmy Savile” and accusing him of “protecting paedophiles”.

A second former minister, Julian Smith, said the scenes in Westminster were “appalling” and said it was “really important for democracy” and Sir Keir’s security that the prime minister must withdraw his “false Savile smears”.

Speaking on Sky News, Mr Philp argued “all of us across the political spectrum should unreservedly condemn” the action of the protestors who surrounded Sir Keir and the shadow foreign secretary, David Lammy.

But the minister went on: “They did mention Jimmy Savile, they also mention Julian Assange repeatedly, they mentioned Covid, they mentioned the opposition more generally — so I don’t think you can point to the what the prime minister said as the cause of that.

“You certainly can’t blame him for the fact that mob were clearly behaving in a totally unacceptable way”.

Mr Philp, who also argued that Mr Johnson had already “clarified” his remarks, went on: “You certainly can say that what he said in any way prompted, provoked, or justified the harassment and intimidation we saw last night.

“I don’t think in any way justified, provoked, or incited the terrible and totally unacceptable and harassment and intimidation of the leader the opposition we saw last night.”

Pressed further, he added: “I don’t think you can make a link, reasonably, between what the prime minister said and the harassment and intimidation. This group of people were talking about a number of things, as well as Jimmy Savile.”

After Monday evening’s incident, the prime minister made no reference to his previous comments in the House of Commons, but said: “The behaviour directed at the leader of the opposition tonight is absolutely disgraceful.

“All forms of harassment of our elected representatives are completely unacceptable. I thank the police for responding swiftly.”

Brendan Cox, the widower of murdered Labour MP Jo Cox, said the harassment of Sir Keir, however, could have been an “unintended consequence” of the prime minister’s choice to “inject poison into politics“ with his Savile comment.

“If it was a one-off, I think we could be more sanguine about it,” he told BBC Radio 4’s Today programme. “But I think what we’ve seen over the last few years really has been an increase in that level of intimidation online, absolutely, but also face to face.”