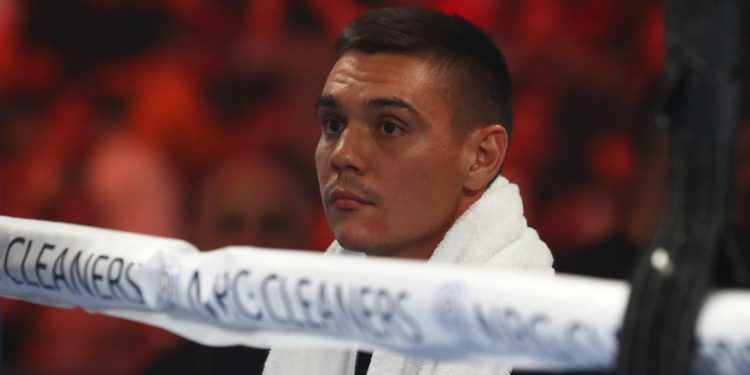 
Tim Tszyu has “never understood” the lack of activity from the major contenders in his weight division, believing that it’s all about testing yourself and making as much money in the short time frame available.

Tszyu is undoubtedly one of the most active title contenders in boxing and has gone six months between fights on only one occasion in his career.

He fought three times in 2021, with his most recent bout taking place in November against Japanese star Takeshi Inoue.

The 27-year-old didn’t even need to take that fight given he was named as the mandatory challenger for Brian Castano’s WBO light middleweight title in August last year.

In theory, he also doesn’t need to fight American Olympian Terrell Gausha, but he refuses to be inactive and looks to further bulletproof his case for a title shot.

Speaking to Boxing SceneTszyu was puzzled as to why the rest of his division prefer to keep the number of fights to a minimum.

‘Going to run away’: Legend’s big call on Tszyu … and why star may have to wait for title shot

‘Would have to be superhuman’: Tszyu dumps workout plan over flu fears

‘Was supposed to go 10’: Tszyu delivers brutal training ‘bashing’ in Vegas warning for US rival

“I’m not here to sit around,” Tszyu said.

“These boys in the division, they have only one fight a year.

“I don’t understand that.”

When Tszyu takes on Gausha for his US debut, he is facing a man who has fought only two rounds in over 18 months and hasn’t stepped in the ring since March last year.

The only high-level boxer who can hold a candle to Tszyu’s high rate of fights is pound-for-pound superstar Canelo Alvarez, who also had three fights in 2021.

“Canelo is the benchmark for boxing right now,” Tszyu said.

“He’s the best in the sport, and he’s fighting three, four fights a year.

“That’s where fighters should be aspiring to and taking advantage of.

“These other boys in the division, they fight once a year and then they go on vacation for eight months.

Should Tszyu emerge victorious against Gausha, a fight against the winner of the championship rematch between Brian Castano and Jermell Charlo or for the vacant WBO title is the next step.

And if all goes to plan, Tszyu will be holding those prized belts at the end of the year.

But going forward, don’t expect ‘The Soul Taker’ to be kicking up his feet for a long period anytime soon, although a time will come for that.

“We’re in this sport for such a short period of time,” Tszyu said.

“Have as many fights as you can.

“Make as much money as you can.

“Enjoy the whole process about it.

“Win and then retire.

Ash Barty retires not just as a great of tennis, but as a much-loved Australian personality