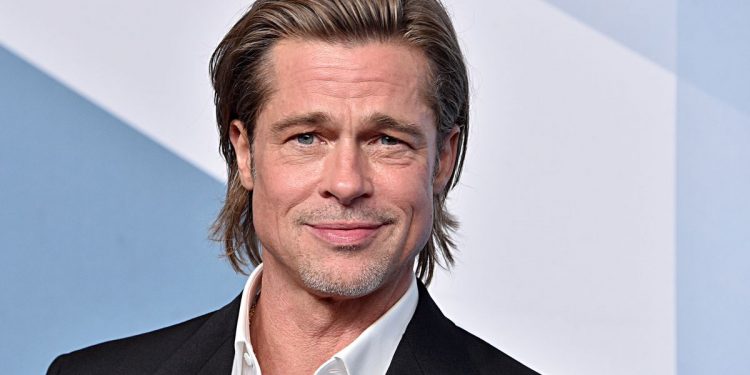 
Brad Pitt’s stint as a single man is said to be over. Angelina Jolie’s soon-to-be ex-husband has been spotted enjoying some cosy dates with his pop star neighbour, Lykke Li

Brad Pitt is reportedly off the market once again.

The actor – who is currently divorcing ex Angelina Jolie – has apparently struck up a romance with his neighbour, singer Lykke Li.

It’s reported that Brad, 58, and the Swedish pop star, 35, grew close last year, thanks to living just minutes from each other in an affluent area of L.A.

Instagram’s very own Gossip Girl, Deux Moi has been reporting rumours of a romance between the two stars for some time now.

Last week, the infamous social media account reported a tip-off from an anonymous source that Brad and “that Swedish singer” had been spotted at Hollywood haunt Mother Wolf – a pasta palace located inside Hollywood’s historic Citizen News Building.

Brad Pitt is still in the process of divorcing the mother of his children, Angelia Jolie
(

Speaking to The Sun, an insider confirmed the “Swedish singer” in question was in fact Lykke.

Born in Ystad, Skåne, the Swedish sensation is best known for her indie pop hits but often lends her talents to film soundtracks – even once writing the song Possibility for The Twilight Saga: New Moon.

The singer’s romance with Brad is said to have been able to “fly under the radar” thanks to the pair being nearby neighbours.

“It’s worked out perfectly for Brad, to have someone he likes living so close, so he can be under the radar,” a source has told The Sun.

The Mirror has contacted representatives for Brad Pitt for comment.

The Once Upon a Time in Hollywood actor has resided in Los Feliz for some time now – owning an $8million home in a gated community not far from ex Angelina and their six children; Maddox, 19, Pax, 17, Zahara, 16, Shiloh, 15, and Vivienne and Knox, 12.

Brad’s rumoured romance with Lykke isn’t the first time the Ocean’s Eleven star has been linked to someone following his dramatic split from Angelina in 2016.

The Hollywood veteran has previously been linked to German model Nicole Poturalski, 29.

It was reported that Brad bumped into the model at a party in Berlin back in 2019, after a premiere for Quentin Tarantino movie Once Upon a Time in Hollywood.

The pair were said to have dated for around a year before going their separate ways.

When Angelina filed for divorce from Brad in September 2016 – ending their 12-year relationship and two years of marriage – it was widely speculated that the actor’s drinking problems had played a role in the breakdown of their partnership.

Angelina and Brad shocked many when they announced their shock split

Brad has never directly addressed the rumours but has been open and honest about his recovery from addiction.

Speaking to GQ in May 2017, the dad-of-six revealed he had quit drinking and smoking cannabis.

“I can’t remember a day since I got out of college when I wasn’t boozing or had a spliff, or something. And I’m running from feelings. I stopped everything except boozing when I started my family. But even this last year […] I was boozing too much,” he explained to the publication.

“It’s just become a problem. You either deny them all of your life or you answer them and evolve.”

‘I look like Brad Pitt but women won’t date me – and they’re jealous of my kids’
Tags: BradDatingLivesLykkemansionPittsecretlySinger
Previous Post

COVID-19 may cause severe bone loss in arms, legs and spine

A number of animal and...