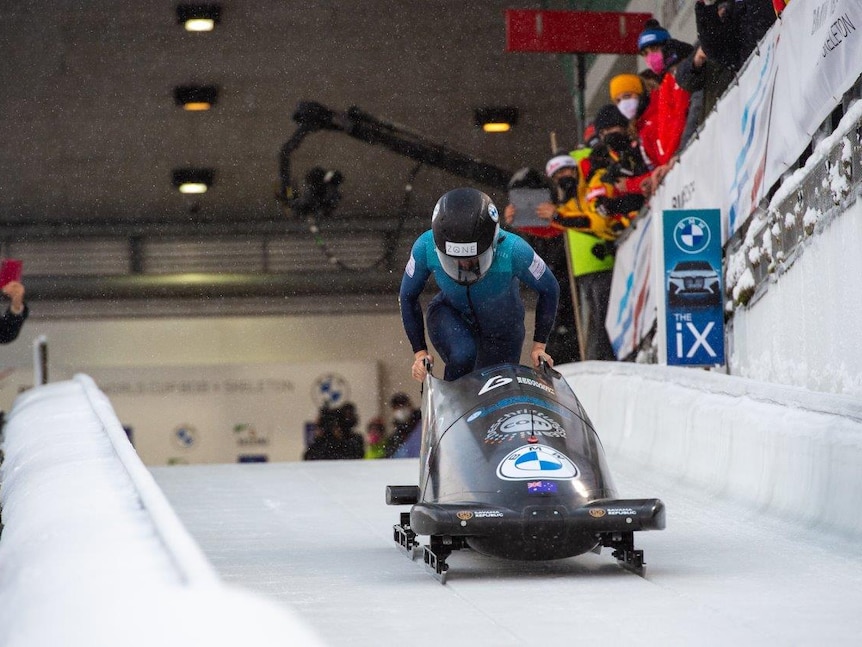 Despite a brave fightback from 10th position at the end of yesterday’s first run, Walker could not find enough speed to overtake her rivals and move into a medal position at the Yanqing National Sliding Centre.

Walker had threatened to outrun the field after recording the fifth and second-fastest times in her second and third runs respectively.

However, despite an exceptional final run in which she recorded the second-fastest time of the round, she fell just 0.43 seconds short of bronze.

Kaillie Humphries — who was in exceptional form throughout the competition — claimed gold by a whopping 1.54 seconds.

Yesterday Walker said she was “not making it easy for herself” to get a medal after what she described as a “messy” first run yesterday.

Her second run was similar, leaving the 29-year-old sitting seventh after the first day of competition.

However, Walker was back on her game in Monday’s first run, getting back close to the levels she showed when topping half of the six practice runs last week.

Walker recorded the second-fastest time of anyone in her third run, a 1:05.16 that was just 0.29 slower than that recorded by runaway leader Humphries.

In stark contrast to her subdued response yesterday, Walker enthusiastically displayed her satisfaction with a beaming smile and a fist bump having improved her time by 0.38 seconds on her best of Sunday.

That left her in fifth spot with a run to go, just 0.55 seconds off the podium, albeit more than two seconds behind leader Humphries.

She then sent down another speedy time of 4:21.46, her second-fastest of the competition.

However, she was unable to improve her position overall to finish just outside the medals.

Finishing off the podium has not been a common occurrence for Walker in the relatively new discipline of monobob racing, which had its first World Series competition in 2020.

In Walker’s 12 World Series races she has won eight medals, three of them gold.

Walker will compete in the two-woman bobsleigh event with Kiara Reddingius, which starts on Friday.

Your microbiome shapes your life. But where did it come from?