Boris Johnson has privately conceded there is less than a 30% chance of negotiating a new Brexit deal for Northern Ireland this month, it has emerged.

Sir Jeffrey Donaldson, the leader of the Democratic Unionist party, said the prime minister made the admission during a private meeting last week.

Donaldson also said Johnson could not guarantee the UK would take unilateral action in the event the current Brexit negotiations with Brussels failed to result in a scrapping or radical reworking of the Northern Ireland protocol.

Donaldson told BBC Radio Ulster’s Good Morning Ulster: “I met with the prime minister last week, I asked the prime minister two straight questions. I asked him what he thought were the prospects of agreement being reached with the EU on the protocol within the next few weeks.

Donaldson also said on Friday he had warned the foreign secretary, Liz Truss, who took over negotiations from David Frost in December, that the clock was ticking. He said he needed to see progress in talks by 31 January, further extending deadlines he had set in September and October.

He also revealed Johnson had told him at the Tory party conference in October that there would be a new Brexit deal after “a short sharp negotiation” lasting just “three weeks”.

Donaldson was speaking after a day of political drama triggered by two DUP decisions. On Wednesday its agriculture minister, Edwin Poots, ordered a halt to Brexit checks on food and farm products at all Northern Ireland ports and airports setting it on a collision course with Westminster and Brussels.

And on Thursday the DUP carried out its threat to quit the executive in Stormont, announcing that the first minister, Paul Givan, was resigning.

Rival parties have rounded on the DUP’s decision to quit Stormont in a row over the protocol, paralysing decision-making until after the local elections in May. One of the critical decisions now on hold is the approval of a three-year budget that would have enabled critical changes in the health service, which has one of the worst waiting lists in Europe.

Donaldson said he had no choice but to act as the current protocol presented an “existential threat” to the union of the UK. He said rivals had already goaded him as the “boy who cried wolf” but he had shown patience and given the government and the EU time to deliver a new Brexit deal.

He said it was “premature” to set a three-year budget before the May elections when a “fresh mandate” could be set.

The DUP’s decision to instruct port officials to stop conducting Brexit checks on food and farm products arriving from Great Britain is already being challenged in the courts. Two unnamed individuals lodged an emergency application for a judicial review of Poots’s order on Thursday with a hearing expected on Friday.

During the initial hearing it emerged that the checks would not be stopped until Monday at the earliest. 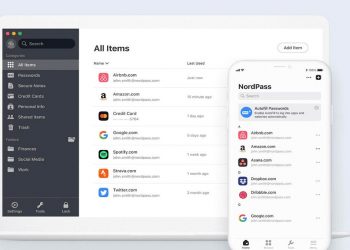