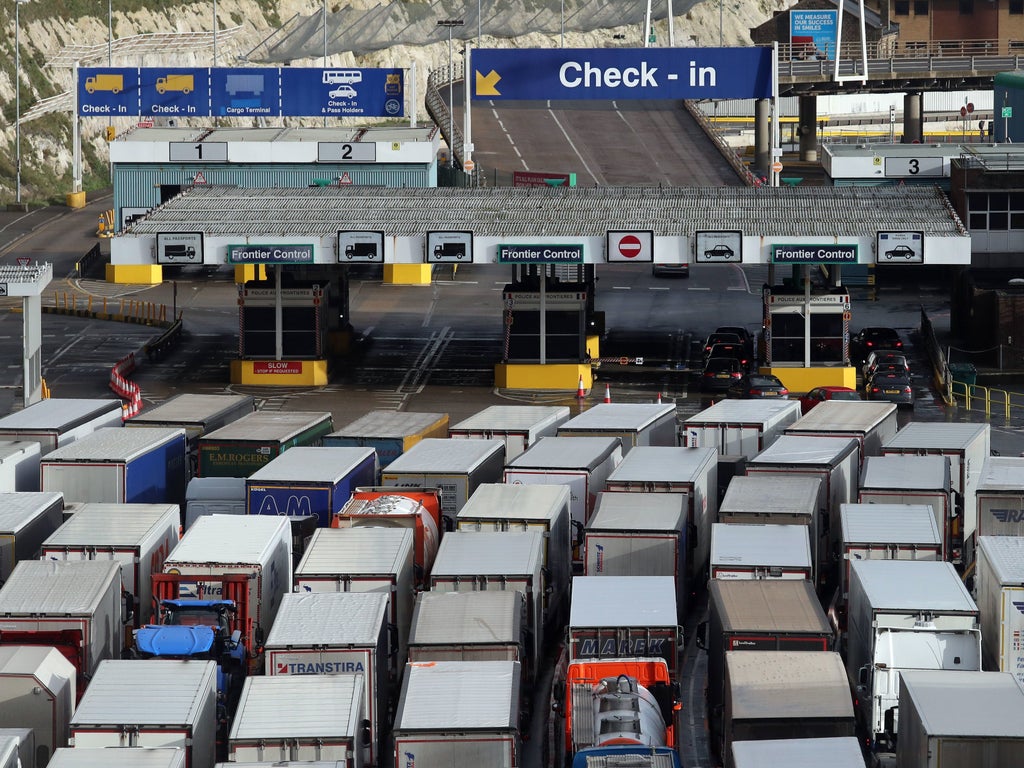 Boris Johnson’s government has been warned that some forms of UK trade will “collapse” if further post-Brexit checks are introduced in July.

The Independent revealed earlier this week that the government is exploring a delay to new controls on imports from the EU because of growing alarm over the cost of living crisis.

The Sanitary and Phytosanitary (SPS) checks coming into force on 1 July will see inspections on imported agri-food and plant products, adding an estimated £1bn to the costs of trade.

Shane Brennan, chief executive of the Cold Chain Federation, said the checks would be a “nightmare” for small businesses – calling for the government to push them back.

The food industry chief warned of a potential “collapse” in trade among “small volume” British businesses if the new checks are imposed in the summer.

“The full SPS controls on our meat and dairy goods – those are the nightmare in moving goods across the trade border for food because they require veterinary certification … they require potential inspection at arrival at port of entry,” he said.

Mr Brennan said the Brexit red tape already imposed on small businesses trying to export has already led to a “dramatic decline in the amount of goods actually trying to leave the country”.

The Independent has learnt that some No 10 officials are “sympathetic” to the idea of further delay, with the prime minister expected to be briefed in the coming days.

Jacob Rees-Mogg, the minister for Brexit opportunities, has argued for the checks to be abandoned altogether, and Mr Johnson will be asked to decide on next steps.

On Thursday, Mr Brennan and other food industry bosses told MPs and peers on the cross-party UK Trade and Business Commission that they would welcome further delay from government.

“I think they should push back the 1 July deadline for SPS controls – this is the wrong year to do this,” said the Cold Chain Federation chief executive.

Mr Brennan added: “We are facing rampant inflation on our food supply. We have huge supply chain stress. There is an unnecessary thing to put in on top of everything else.”

Peter Hardwick, trade policy adviser for the British Meat Processors Association, added: “We’re simply not ready [for introduction of import checks in July]. Many [ports] are not well set up. It is very difficult, therefore, to plan.”

Daniel Lambert, a wine importer based in Wales, told the commission that many small firms in his business were already struggling to survive the impact of existing red tape brought in by Brexit.

“People used to seek out small producers and sell through independent wine shops,” said Mr Lambert. “That business is fundamentally being strangled to death [by Brexit]. Many, many small wine shops will cease to trade … because it’s simply not affordable to do it any more.”

July is meant to bring the final set of import controls. There are concerns that British ports do not have the necessary infrastructure – or veterinary experts – needed for the rigorous new checks, which involve random physical inspections.

The Independent understands Mr Rees-Mogg is leading calls for the checks to be stalled or scrapped altogether, including at a meeting this week of the Global Britain (Operations) Committee.

It comes as Mr Rees-Mogg claimed the government was “building up the kindling wood” of a post-Brexit “bonfire of red tape”.

The Brexit opportunities minister has issued a plea to readers of a tabloid newspaper to help him identify ways to scrap EU regulations.

“We are building up the kindling wood thanks to the readers of The Sun who are sending in their brilliant suggestions,” Mr Rees-Mogg told the Commons.

WASHINGTON — The House of Representatives...

Labour has “claimed the centre”...

How To Find A Steel Stock That Is A Real Steal