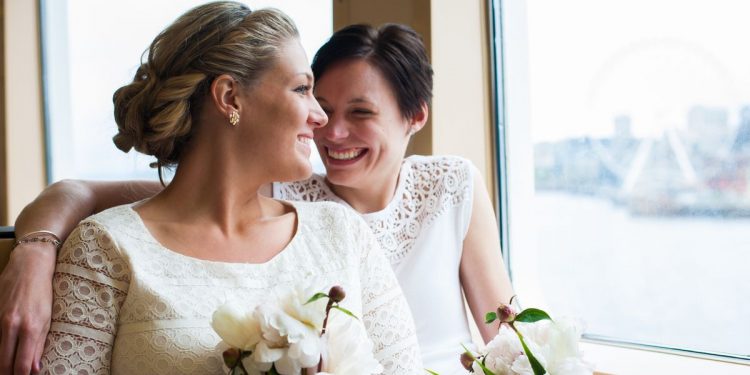 
Weddings are tough to plan.

Even once you’ve got your stuff together, there’s always something that could potentially ruin the big day, like people’s outfits.

One bride is currently in that position where she’s threatened to not invite her dad’s girlfriend to her nuptials.

Well, we do understand where she’s coming from since the woman is planning to wear an “off-white silk slip dress”.

Posting on Reddit, the bride-to-be vented her frustration where she confronted her dad’s girlfriend about the outfit.

On top of it, the female claimed the garment was “beige” and nothing close to the colour of the bride’s dress.

She said: “I was scrolling on Instagram, where I see my dad’s girlfriend picture of what she was planning to wear for the wedding.

“I was livid. It’s literally an off-white silk slip dress and matching blazer.

“There’s no mistaking the colour since she took it straight from the website itself.

“I texted my dad immediately as well and asked about the post and questioned if it was, in fact, the colour she had posted.

“Since when I went to the website they had it in different colours as well.”

The bride said she got in touch and told her she had removed the post as it was supposed to be a surprise for her dad.

She continued: “And that the colour was supposedly ‘beige’, as she put it.

“I sent a message saying I am uncomfortable with her wearing a dress so similar in colour to mine and have asked her not to wear it.

“She has not replied to me.”

The woman then claimed her dad’s girlfriend had already asked about wearing a different dress that was similar to the bridal party.

Now she is determined to not let the woman wear the off-white dress that she’s vowed to have her kicked out of her wedding.

She explained: “I’m putting my foot down on this. I’ve got people saying if she shows up in it, they will turn her away on my behalf.

“I hate being rude and I don’t want to come across as a bridezilla or anything but I think I’m justified in the way I’m feeling.”

Fortunately many Reddit users were on the bride’s side as one suggested to get a friend to “accidentally” spill red wine on her.

Another said: “Everyone knows that you don’t wear white/colours close to white to a wedding when you aren’t the bride.”

Failure to oust Newsom reflects a trend against recalls

Non-invasive method to deliver drugs to the brain

Non-invasive method to deliver drugs to the brain