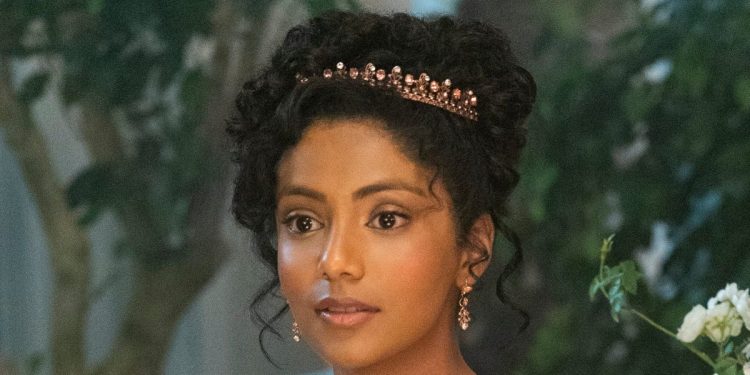 
Charithra Chandran, who plays a lead role in the upcoming “Bridgerton” season, told The Telegraph that her friends made harmful comments to her about her casting.

Last year, it was reported that Chandran would join the cast in season two as Edwina Sharma, a new debutante who catches the eye of Viscount Anthony Bridgerton (Jonathan Bailey). In the books, Edwina and her family were written as white characters, but in the

series, the family was reimagined to be of Indian descent.

Chandran revealed to the Telegraph on Saturday that not everyone in her life has been supportive of her being cast on the romance drama and that people even “assume my success is due to a diversity quota.”

“I’ve even had friends say to me, ‘Oh you got that because you’re brown,’ and that really hurts,” she recalled. “What’s really scary is that you can start believing it and thinking, ‘The only reason I got cast as Edwina is because they were looking for an Indian family.'”

The 25-year-old actress added that she wanted to use her platform to “fight and push back” against colorism, which she said she’s experienced her entire life.

“I remember strangers saying, ‘You would be pretty if you were light-skinned like your grandmother,’ and like, trying to blame my granddad for giving me my skin colour,” Chandran said. “Being a person of color, we’re not unitary, we’re not one thing. There are so many different communities within that umbrella term. We should be more specific about making sure we’re representing different groups of people.”

She added: “I would love to see more crew who are Black and Brown. I think that’s really important. We should be careful about just sort of window dressing.”

Season one of “Bridgerton” sparked some debate online over the decision to cast people of color in aristocratic roles for a period drama set in the early 19th century. However, many fans praised the progressive casting, and “Bridgerton” stars Nicola Coughlan (Penelope Featherington) and Golda Rosheuvel (Queen Charlotte) vocally defended the decision.

Chandran told The Telegraph that this will make it “very hard” for period dramas to not be inclusive in the future.

“I think that Bridgerton has done for TV what Hamilton did for theatre,” she said. “It encouraged a totally different audience to watch period drama and romances. And it made us feel seen on screen.”

The “Bridgerton” star continued: “I’ve always wondered how we can accept aliens and superheroes, but, you know, it’s a struggle to accept a brown or Black princess? Is that where you draw the line? Maybe a mermaid is OK. So I think as a society, we’ve just become more creative.”

To hosta, or not to hosta? That is the question.

To hosta, or not to hosta? That is the question.