Britain’s Got Talent 2022: Who is Golden Buzzer act Loren Allred? 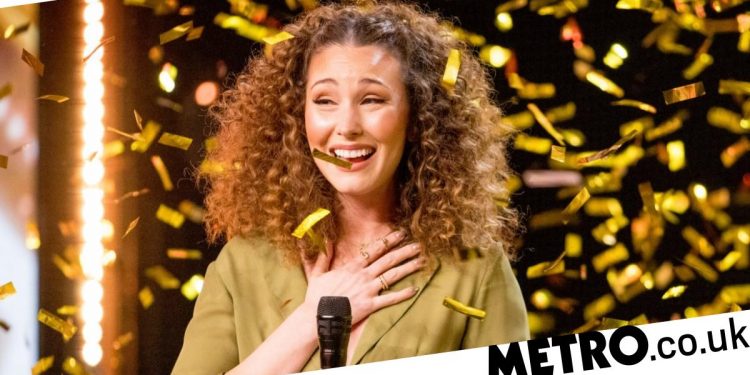 Britain’s Got Talent viewers were left divided when the show kicked off last night, with Loren Allred getting the first golden buzzer of the series.

BGT judge Amanda Holden was ‘shaking’ when she smashed the coveted button for the 32-year-old, after the singer’s stunning performance of Never Enough, from the Greatest Showman soundtrack.

However, while she nailed the song, fans questioned whether it was ‘fair’ for the musician to be taking part in the competition – following her success in the industry so far.

Here’s all you need to know about the ITV contestant.

Who is Loren Allred?

Singer-songwriter Loren was born into a musical family in September, 1989 – her mum Carol Ann is a voice teacher and a classical soprano, while her dad Brady served as director of the Pittsburgh Bach Choir.

She studied musical theatre at university before being discovered on YouTube by Ne-Yo.

Loren was picked up by Island Def Jam Music in 2008, at the age of 19, but was later dropped from the label.

Not wanting to turn her back on her dreams, she appeared on The Voice US in 2012, and joined Adam Levine’s team – but she was eliminated in the first live round.

When did Loren appear on the Greatest Showman soundtrack?

In 2014, she was asked to record a demo Never Enough for The Greatest Showman, impressing bosses so much that her vocals were used in the final cut of the film.

She was cast as the singing voice of Jenny Lind, who was played by Rebecca Ferguson in the film, alongside Zendaya, Zac Efron and Hugh Jackman.

Following on from the success, she went on to record a duet with Michael Bible on Help Me Make It Through The Night, with the collaboration appearing on his Love album.

Loren also joined Andrea Bocelli on the road for some dates of his tour around the US last year.

What have Britain’s Got Talent bosses said about Loren taking part?

BGT bosses have defended Loren’s audition and spot on the show before the competition began.

‘We are thrilled to back this year and look forward to viewers watching our BGT bumper special on Saturday and Sunday this weekend,’ a spokesperson for the programme said.

‘Whilst most people will have heard the infamous Greatest Showman track, Loren is not a household name, and she deserves her spot on the BGT stage.

‘We hope that such articles will not count against somebody who is well-deserving of this opportunity.’

‘It’s fantastic that Loren is now able to step out and stand in her own right to be the face, and not just the voice, of one of the most well-known tracks of all time.’

Loren added: ‘Even though I have spent a lot of years in the music industry, people don’t know who I am. Over all these years I’ve been fighting for my chance to be known and to make it.

‘The opportunity to sing Never Enough evolved from being a session singer in the choir, and even though the song was a big success, people still think that the actress sang it. I have never gotten the opportunity to tell my story. That’s never happened for me.

‘I am an unsigned, independent artist still trying to make a name for myself.’

Britain’s Got Talent continues on Sunday at 7.35pm on ITV and ITV Hub.