A member of Parliament in England has been accused of watching pornography inside the House of Commons.

Neil Parish, MP for Tiverton and Honiton, was accused of watching adult material inside the parliament chambers. Two colleagues allegedly caught him watching the inappropriate material. Parish has identified himself as the suspect of an investigation but refuses to comment on the validity of claims.

“Following recent allegations regarding an MP’s use of their mobile phone in Parliament, I have referred myself to the Parliamentary Commissioner for Standards in the House of Commons,” Parish said in a short statement on the matter.

TRUMP BLASTS PRINCE HARRY: ‘SO DISRESPECTFUL’ TO ENGLAND AND ‘AN EMBARASSMENT’

In addition to refusing to comment, Parish has assured his constituents that he will not be taking a break from governance and will continue his duties as usual. 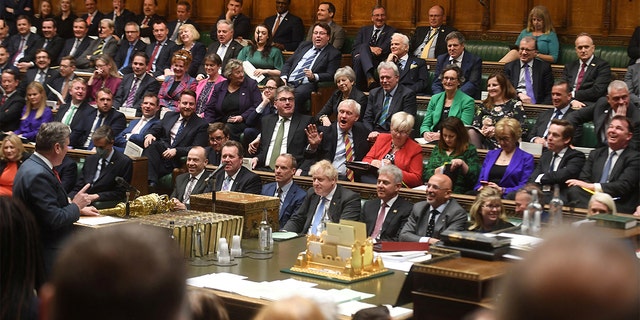 “I will be cooperating fully with any investigation, and whilst it is ongoing I will continue to perform my duties as MP for Tiverton and Honiton,” he said. “I will not be making further comments at this stage.”

His wife Sue Parish told the Times of London, “It was all very embarrassing.”

“My breath was taken away, frankly,” she told the paper, adding that her husband is “quite a normal guy, really. He’s a lovely person.”