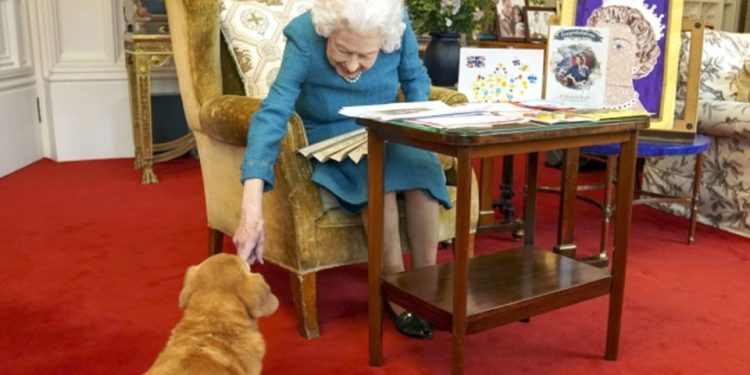 A former British cabinet minister has revealed how he accidentally chowed down on dog biscuits during a visit to the Queen.

Alan Johnson, who was then Britain’s health secretary, were at Windsor Castle for a Privy Council meeting the day after the inquest into the death of Princess Diana inquest returned a verdict of unlawful killing in 2008.

The Queen invited Mr Johnson and Paul Murphy, when the Welsh Secretary to stay on for lunch. Mr Johnson’s doggie blunder emerged only after the pair left, according to a new book by Daily Telegraph journalist Robert Hardman.

“The two Cabinet ministers left in high spirits,” he writes in Queen of Our Times.

“‘We were waiting for our cars [Mr Johnson told Hardman] and Paul said, ‘What a wonderful meal’. I said, ‘I loved it. I loved every minute of it.’

“As they discussed the food, Mr Johnson mentioned that he had particularly enjoyed the cheese and the unusual dark biscuits. Paul said, ‘No, the dark biscuits were for the corgis!’.

“At that point – to Alan Johnson’s eternal amusement – it suddenly dawned on him that he had been munching away on dog snacks.

” ‘I don’t think I’d had cheese with a Bonio biscuit before’,” he said.

He also told Hardman that the newspapers of the day were “full of the latest news on the Diana inquest”, after 94 days in court and hearing 278 witnesses. He said he thought he should “steer well clear” of the subject of the inquest over lunch.

“We talked about whatever was in the news, and the dominant news was about Diana. Paul and I thought we’d better keep off the subject. But the Queen talked about it in the most frank way, about how the thing had run and run and run.”

Just a day earlier, a jury had returned a verdict of unlawful killing, citing chauffeur Henri Paul’s “gross negligence” and the “speed and manner” of the pursuing paparazzi in the princess’ death in road crash in a Paris tunnel.

A judge had earlier ruled there was “not a shred of evidence” to connect the crash to the secret services, let alone the royal family. His ruling repeated the conclusion of an 18-month French judicial investigation, involving 200 witnesses.

Mr Johnson said he and Mr Murphy said either side of the Queen for the meal, while the other end of the table was “full up with army people”.

“She was good company. It was as if you’d known her for years. Obviously, there were the caveats that you understood – you don’t put your arm on her shoulder and say, ‘Let me tell you . . .’ and so on.”

‘A Spigot Turned On Full-Blast’: Ahead Of Spring, Agents Scramble For Help

'A Spigot Turned On Full-Blast': Ahead Of Spring, Agents Scramble For Help