Britney Spears announces she is pregnant with her third child: I am having a baby – USA TODAY 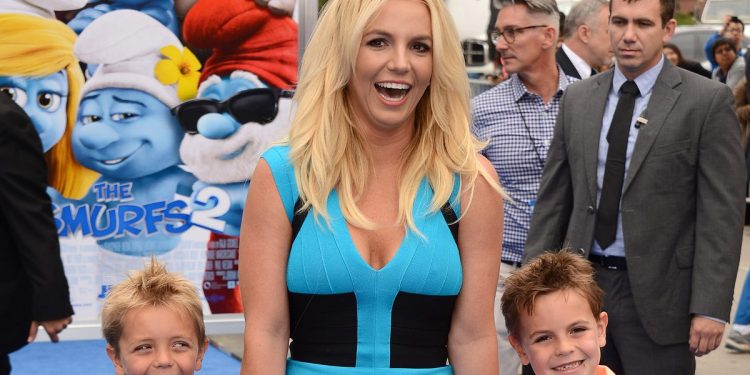 Britney Spears is pregnant with her third child, the pop star announced  on social media Monday.

Spears, 40, shared the news on Instagram alongside a photo of a cup of tea surrounded by flowers. Spears wrote she “got a pregnancy test … and uhhhhh well … I am having a baby.”

She explained she was confused about what was going on with her body when she “lost so much weight to go on my Maui trip only to gain it back.

“I thought ‘Geez … what happened to my stomach ???’ ” she wrote, noting Sam Asghari, whom she’s referred to has her “husband” in recent Instagram posts, told her she was  “food pregnant.”

USA TODAY has reached out to Spears’ lawyer for comment.

The “Gimme More” artist noted she wouldn’t be appearing in public much because she wants to avoid the paparazzi while out. Spears also opened up about her mental health during a previous pregnancy.

“It’s hard because when I was pregnant I had perinatal depression … I have to say it is absolutely horrible,” she wrote. “Women didn’t talk about it back then … some people considered it dangerous if a woman complained like that with a baby inside her … but now women talk about it everyday … thank Jesus we don’t have to keep that pain a reserved proper secret.”

She concluded the post writing: “This time I will be doing yoga 🧘‍♀️ every day !!! Spreading lots of joy and love.”

The “Toxic” singer, who was freed from her 13-year-long conservatorship in November, spoke out about the abuse she endured over the years managed by her father, Bessemer Trust Co. over her estate, and professional conservator Jodi Montgomery.

Spears noted: “I wanted to take the IUD out so I can start trying to have another baby but this so-called team won’t let me go to the doctor to take it out because they don’t want me to have any more children.”

Last year, Asghari opened up about the next steps he wanted to take in life with his then-girlfriend.

Asghari, 28, and Spears announced their engagement in September, just hours before the music world hit the red carpet for the 2021 MTV Video Music Awards.

“I can’t (expletive) believe it,” Spears wrote on her Instagram account below videos showing off the four-carat ring with shocked expressions. Spears added six engagement ring emojis and six exclamation points to her announcement.

“Look at that, do you like it?” Asghari asked of the ring in the short video, to which Spears replies, “Yes!”

The ring has a four-carat round brilliant stone in a platinum cathedral setting and is engraved inside the band with “lioness,” Asghari’s nickname for Spears, the company Forever Diamonds NY told USA TODAY in a statement.

A month after their engagement, Asghari surprised his new wife-to-be with an addition to the family: a Doberman puppy named Porsha.

The dog was meant to “unconditionally love you and to be trained to protect you from (anything) that comes around you with bad intentions,” Asghari explained with a smile to Spears in an Instagram video as he held up their new pet.