Britney Spears announces she is pregnant with her third child 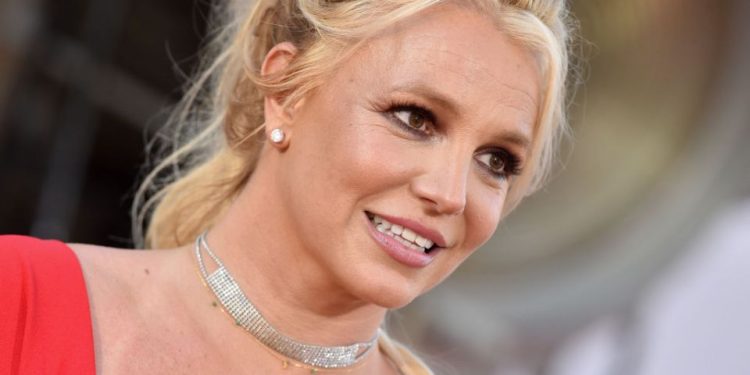 Popstar Britney Spears has announced she and fiancé Sam Asghari are expecting their first child together.

Spears, who was famously freed from her 13-year conservatorship in November 2021, shared the news in an Instagram post on Monday afternoon (local time).

Spears, 40, described how she and Asghari, 28, noticed she had gained weight, initially thinking she was “food pregnant”.

“I lost so much weight to go on my Maui trip, only to gain it back … I thought ‘Geez … what happened to my stomach?’,” she wrote.

“So I got a pregnancy test … and uhhhhh well … I am having a baby.”

“Women didn’t talk about it back then … some people considered it dangerous if a woman complained like that with a baby inside her,” Spears wrote.

“Now women talk about it everyday … This time I will be doing yoga every day! Spreading lots of joy and love.”

Spears met Asghari on the set of her Slumber Party music video in 2016.

The father-to-be also shared his excitement on his Instagram page.

“Fatherhood is something I have always looked forward to and I don’t take lightly,” he wrote. “It is the most important job I will ever do.”

A year later, reports emerged of Spears’ erratic behaviour. She was seen driving her car with her son on her lap, attacked a photographer’s car with an umbrella, and famously shaved her head.

In June 2021, Spears complained to the courts about the constraints of the “abusive” conservatorship.

“I was told right now in the conservatorship, I’m not able to get married or have a baby,” she said.

She told the court she had an intrauterine device (IUD) implanted – a contraceptive device fitted inside the uterus.

When she requested to have the device removed, she said her team refused.

“I wanted to take the IUD out so I could start trying to have another baby, but this so-called team won’t let me go to the doctor to take it out because they don’t want me to have children.”

Spears received thousands of messages within hours of the announcement, including a sweet message from long-time friend Paris Hilton.

“Congratulations sis!! I’m so excited for you! Love you!” Hilton wrote in the comments.

Australian rapper Iggy Azalea, who collaborated with Spears on their 2015 single Pretty Girlsleft a celebratory emoji in the comments.

While the comments section was largely positive, some fans shared their confusion at the long-winded caption.

“Britney, are you pregnant or do you have to poop. We’re so confused,” one wrote.