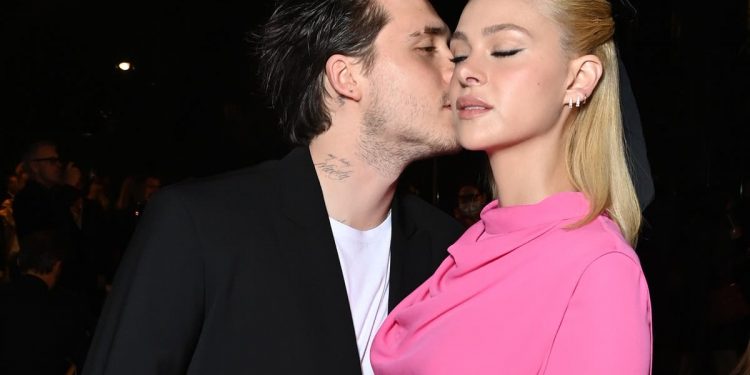 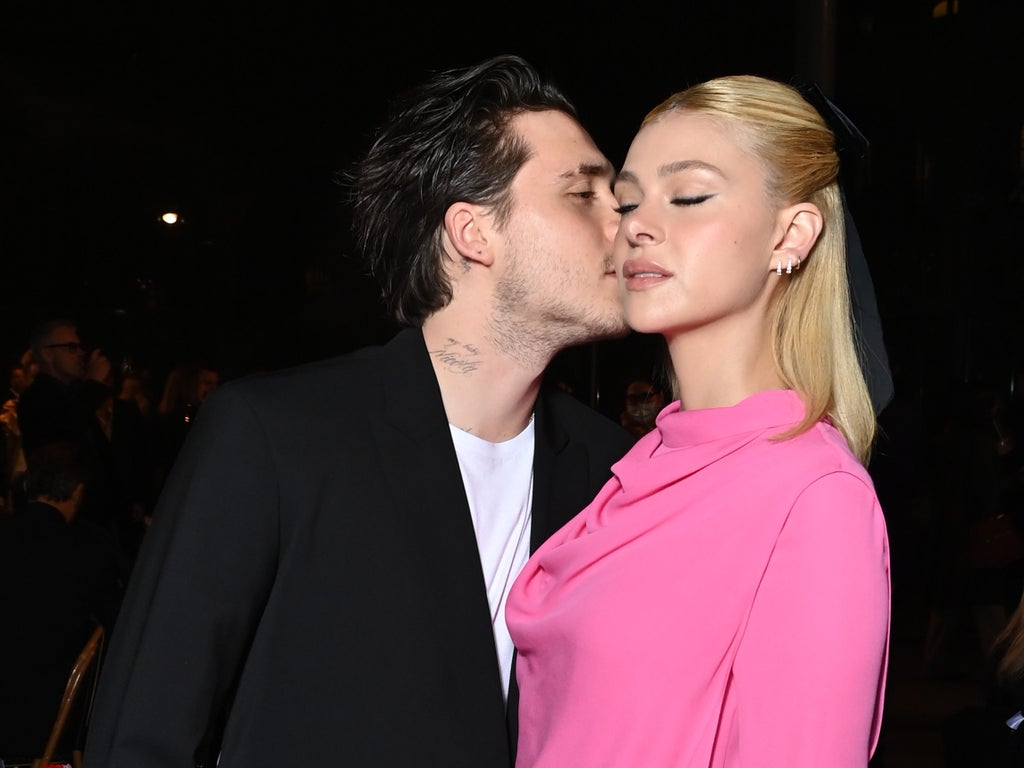 Brooklyn Beckham and Nicola Peltz are now husband and wife after exchanging vows in front of 300 wedding guests on Saturday.

The couple were married in a Jewish ceremony held at Peltz’ father’s £76 million Palm Beach estate, attended by both their families and celebrity friends.

The celebrations reportedly cost £3 million, and Peltz wore a gown designed by Valentino, overseen by creative director Pierpaolo Piccioli, which is thought to cost in excess of £100,000.

Beckham, the son of David and Victoria Beckham, and Peltz, the daughter of American billionaire businessman Nelson Peltz and former model Claudia Heffner Peltz, have been engaged since July 2020.

The aspiring chef chose his brothers Romeo and Cruz as his best men, while his sister Harper was a bridesmaid.

The traditional Jewish ceremony, carried out in honour of Peltz’s Jewish heritage, would have seen the couple saying “I do” under a chuppah, a cloth canopy that is often decorated with flowers.

The ceremony traditionally ends with the bridegroom stomping on a glass that is wrapped up in a cloth, which is a reminder of the destruction of the Temple in Jerusalem.

According to the Daily Mailthe pair shared their first dance to Elvis Presley’s “Only Fools Rush In”, before sharing a second dance to Ben E King’s “Stand By Me”.

Other reports have suggested that Beckham will take his new wife’s last name as a middle name following the wedding, adding it to his current middle name, Joseph.

The Sun quoted a source as saying that taking Peltz’s last name was a “huge sign of [Brooklyn’s] commitment to her and his love for her”.

Last week, the couple were said to have signed a lengthy prenup to protect the fortunes of both families.

The Beckhams are thought to be worth at least £380 million, while Peltz’s father is worth an estimated £1.3 billion.

Last November, Beckham told HELLO! Shope that he and Peltz had settled into their new Beverly Hills home together.

He said: “I’m marrying my best friend so we kind of have our own little bubble together now and it’s just really nice.”