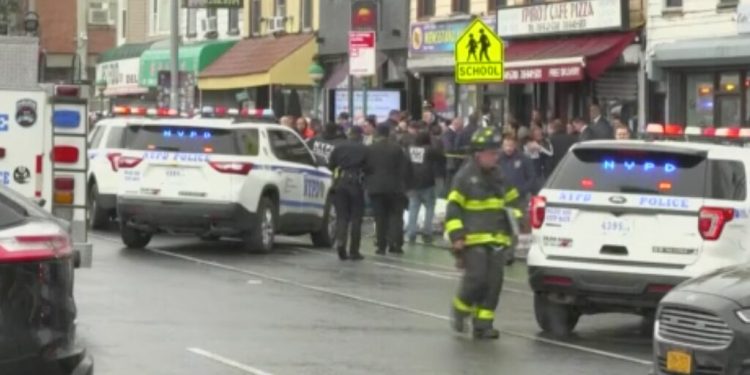 NEW YORK — Police are searching for a shooter after 13 people were injured in a shooting that erupted on a New York subway platform during Tuesday’s morning rush. At least eight of the victims sustained wounds from gunfire, a fire department spokesperson said.

Fire officials, responding to reports of smoke, arrived on the scene to find multiple injured victims as well as several undetonated devices in the area, according to a New York Fire Department spokesperson.

While information was still fluid on Tuesday morning, an NYPD official said a potential suspect was believed to possibly be wearing a construction vest.

Sunset Park, the site of the shooting, has long been a hub for working-class immigrant communities and is considered one of the city’s most diverse neighborhoods. The 4th Avenue subway station is at the core of the neighborhood’s Latin American community, made up largely of Puerto Ricans, Dominicans, Central Americans and Ecuadorans. It is also a major transfer station for commuters across Brooklyn.

Prima Ruiz, a long time resident of Sunset Park who lives just a block from the station, said she first noticed what was happening when she saw masses of people running northward away from the station and toward Manhattan.

“Nothing shocks me in New York City anymore,” she told The Washington Post Tuesday as four helicopters circled the neighborhood overhead. “But this is something that I’ve never seen before. They were ambulances rushing people out and they had to lock down the school right here.”

Police cars raced up and down nearby 3rd Avenue while residents gathered a block away, musing about whether the suspect was still at large.

A witness who was inside the station when shots rang out described confusion and panic. Juliana Fonda was riding on the N express train as it approached the 36th Street station in Sunset Park when she heard gunshots in the car directly behind her.

“You couldn’t really tell what was happening,” said Fonda, a broadcast engineer at WNYC who recounted her experience on the station’s “Brian Lehrer Show” Tuesday morning. “You just heard pops … and there was smoke in the other car.”

Fonda said passengers in that car began pounding on the locked door of her carriage “trying to get away from something that was happening.”

“None of us in the front of the train knew what was going on, but people were pounding and looking behind them running and trying to get on the train.”

When the train arrived at 36th Street, the doors opened and there was smoke throughout the platform, Fonda said. She told WNYC that she saw people on the ground who had “obviously been shot.”

“It was terrifying,” Fonda said.

Commuter Yav Montero told CNN he was heading to work from his home in Bensonhurst, Brooklyn, when he heard what sounded like “a bunch of scattered popping” inside the N train car he was riding while it was briefly stopped due to rail traffic as it approached the 36th Street station.

“It sounded loose like fireworks on the floor,” Montero said. “I didn’t think it was gunshots.”

Montero said thick smoke quickly engulfed the train, and passengers pushed to the front of the car trying to escape the apparent shooter. As he crouched on the floor of the car, an elderly woman reached into her purse and handed him a small can of pepper spray and told him to “use it just in case.”

Fire and police officials did not elaborate on the injuries to the victims but said they were transported to NYU Langone and Methodist hospitals.

A spokesman for New York Mayor Eric Adams (D) said that the mayor continues to be briefed on the situation and asked New Yorkers to stay away from the area for their safety. Adams tested positive for coronavirus over the weekend and is isolating at home.

New York Gov. Kathy Hochul (D) said that she had been briefed on the incident and first responders were on the scene. She said further updates would be provided as the investigation continues.

The FBI is responding to the incident, a federal law enforcement official said, adding that it was too early to determine if there was any federal crime involved.

President Biden was briefed on the shooting and White House senior staff were in touch with Mayor Adams and Police Commissioner Keechant Swell, White House press secretary Jen Psaki said in a statement. 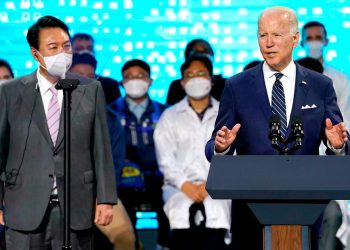 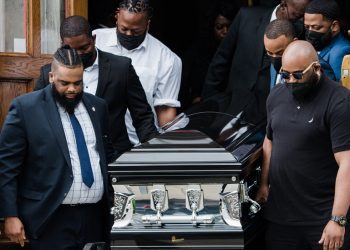 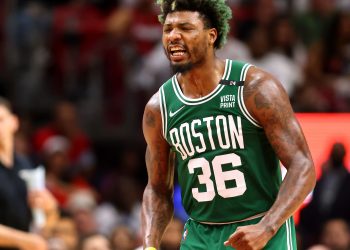 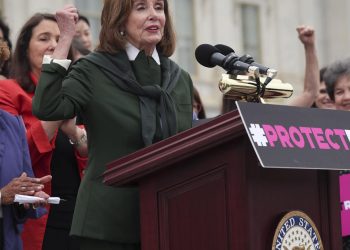 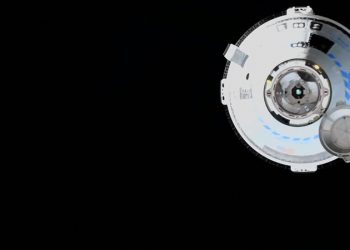