Brush up on your painting: The pub in East Sussex that offers art courses for all talents


Not since 1985 have I put paintbrush to canvas. That was when my long-suffering art teacher at school, Miss Miller, politely agreed with me that I shouldn’t do art O-level.

Fast-forward to 2021 and I’m tempted to make up for lost time — but what good could a course in Old Master painting techniques do for a talentless, out-of-practice hack like me?

Quite a lot, I discover. Painting is something we come to appreciate more as we get older. In the same way that I wasn’t interested in gardening or birdsong when I was a teenager (and now love both), it takes middle age to appreciate the pleasure of restful contemplation of the outside world. Even if your art is rubbish — like mine. 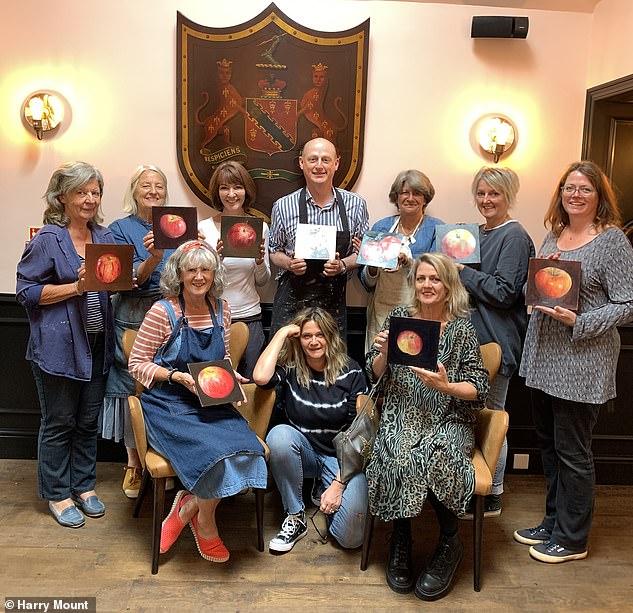 Pictured above is  East Sussex’s The Bell,  which Harry describes as a 16th-century ‘palace of a pub’ 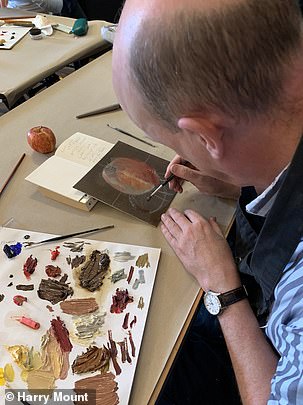 Core skills: Harry at work, finding the light and dark tones in a royal gala apple

During lockdown, people took to gardening, walking and painting — pursuits that had been crowded out by work. How much more enjoyable to practise the usually solitary art of painting in company.

So off I went to The Bell, a 16th-century palace of a pub in Ticehurst, East Sussex, for a one-day course. Nine of us pupils took over a huge, well-lit room there for a day.

Our teacher was artist Dani Humberstone, until recently vice-president of the Society of Women Artists. She gave an invigorating crash course in oil painting to me and my fellow apprentices: eight friendly ladies — all much better painters than me, though they were too charmingly modest to say so.

For those in the class who had been painting on their own in lockdown, this was their opportunity for their artistic skills to take a leap forward. There has been a surge in demand for Dani’s lessons since restrictions ended.

First, she taught us how to draw an outline of a Royal Gala apple on a canvas board. I divided my board into quarters with a chalk pencil so that I had a sense of scale.

Then I learnt the technique perfected by baroque artist Caravaggio: chiaroscuro — Italian for ‘light-dark’ — where you produce strong contrasts between brightness and shade.

You may not see much chiaroscuro in my apple. But Dani ingeniously showed us how to produce a three-dimensional look by painting dark shadows on one side of the apple, and adding dashes of white highlights on the other.

By making the middle of the apple light and both sides darker, you ‘pull’ the fruit out of the canvas, bulging towards the viewer, to give the illusion of 3D reality. 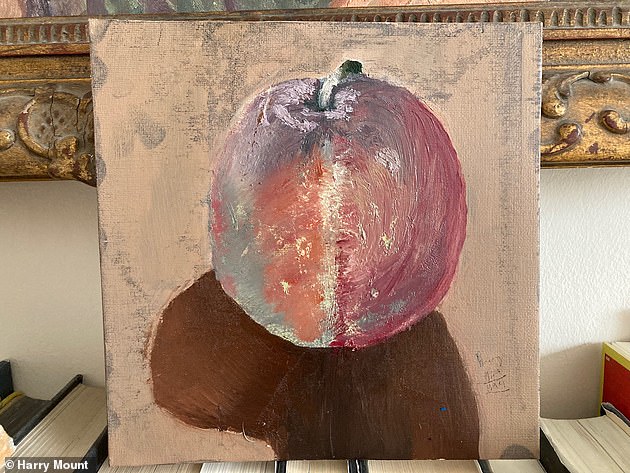 Above is Harry’s finished still life, which ‘refused to jump into the third dimension’ 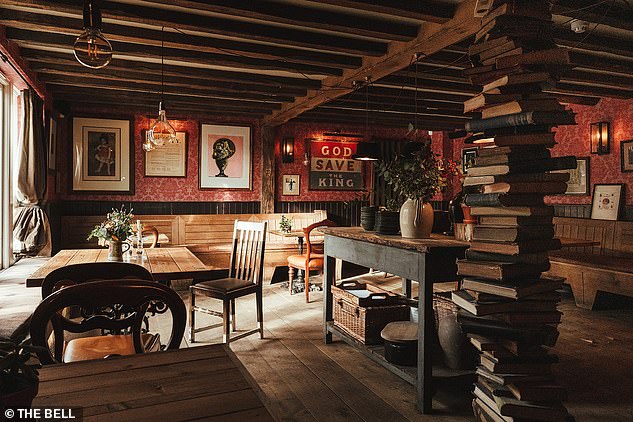 Lunch is included in the price of each art course. Pictured is The Bell’s dining room

Dani has exhibited at the Royal Academy and the Florence Biennale. It must have been a bit of a comedown to address the shortcomings of my still life. But she was endlessly encouraging.

‘There’s a lot to be said for looking naive,’ she said, when my apple stayed resolutely flat and refused to jump into the third dimension.

At other times, she bolstered the class by crying, ‘Think Leonardo da Vinci — take out your brush marks!’

And Dani didn’t mind when I asked what the ‘Tomato Technique’ was. She had, in fact, been referring to ‘sfumato’ — from the Italian for smoky or blurred, where you soften the transition between colours by making them look out of focus.

We got a deep immersion in paint — and not just the burnt umber (reddish-brown) colour I splashed all over my shirt. Do wear old clothes for the course.

I was transfixed by trying — and failing — to get my apple right. But I didn’t mind the failure. For the first time in months, I was transported to a different universe, where I never felt the need to look at my cursed phone once.

Jane McWilliam, an osteopath from Burgess Hill, West Sussex, agreed. An accomplished artist — her glowing apple painting was a lesson in chiaroscuro — she revels in the release painting brings. ‘It’s an escape from shopping lists, working, getting somewhere on time, intense living,’ she said. ‘It’s time out from the diary routine.’ 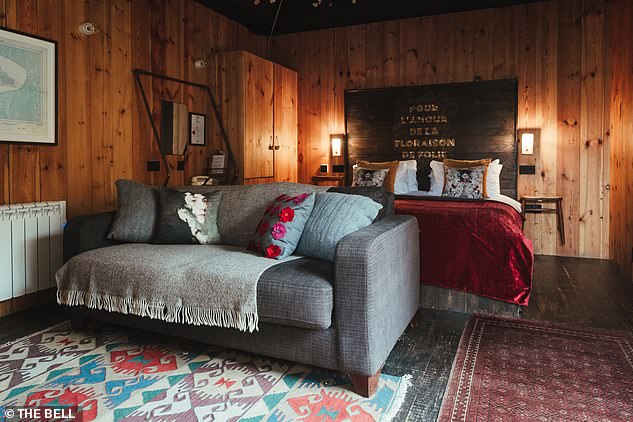 Rooms at The Bell, one of which is pictured above, are discounted for students, with prices starting from £115

My fellow pupils were kind about my efforts. But, as you can see from the apple I painted from 10am to 3.30pm, the art world can rest easy. I am no late-flowering genius. That’s the point. The class caters for all talents.

Among my group was Denise Fisk, a professional artist from nearby Crowborough. ‘You don’t think about anything else when you’re painting,’ she told me. ‘All your mind is thinking of is colour, form and paint. You’re giving your brain a rest from yourself.’

I couldn’t have agreed more as I sat next to the inglenook at The Bell, admiring my painting. Was that a glint of Caravaggio chiaroscuro I spotted in my apple — or was it the effect of the pint of lager I’d just knocked back?

Curious House art courses (curioushouse.net) at The Bell, Ticehurst, East Sussex, cost from £120 for a day (including lunch and painting materials). Next course is September 27-28. Rooms at The Bell are discounted for students, from £115 (01580 200 300, thebellinticehurst.com).

LMP to buy dealerships in Florida and Texas

LMP to buy dealerships in Florida and Texas

How Do I Generate Leads Without Annoying People?