Sign up to myFT Daily Digest to be the first to know about EU tech regulation news.

The wrangling between Brussels and Big Tech has taken a notable step up over the past year amid rising European concerns over how the likes of Google and Facebook use their dominant market positions.

While the administration of US president Joe Biden is now bracing itself to step up scrutiny of tech companies, EU regulators have been taking a harder line against the Silicon Valley giants over the past year by launching antitrust probes.

Assembly Research estimates that of about 30 competition cases launched against Big Tech globally since 2010, a third were opened in 2020, with Europe by far being the most active. About five cases have been launched in Europe since the start of 2020 against Google, Amazon, Facebook and Apple.

Regulators in countries such as France and Germany have also started applying their own laws to curtail the power of Big Tech.

Sceptics point out that antitrust cases will take years to have an effect on the markets they are seeking to correct, and that they often come too late to save the rivals of Big Tech. The process is painfully slow. Investigations and the appeals process in EU courts take years. Meanwhile, the tech companies continue to post record profits.

Big Tech critics point to the infamous Microsoft fight with the EU over allegations it exploited its dominant position in the browser space. The software company tied its free Internet Explorer as the default browser for Windows, helping to put its serious rival, Netscape, out of business. By the time regulators struck a deal with Microsoft in 2009 over their battle, Netscape was roadkill.

Another cited example is the case of Google. The European Commission opened its first probes more than a decade ago over alleged anti-competitive conduct. It has since issued about $10bn of fines against the company. Google is contesting the fines, saying it creates more choice, not less, for consumers. In the meantime, small rivals to Google say their businesses continue to be undermined by the search giant’s abuse of its powerful position in their markets.

Antitrust investigators in Brussels, however, think they have a remedy to the slow speed of holding Big Tech to account. The Digital Services Act and the Digital Markets Act are draft legislation aimed at, respectively, clarifying the policing responsibilities of large platforms and curbing their market powers.

The DMA, in particular, sets out a list of rules that make clear which activities are illegal, including a ban on companies pre-installing their own apps and a prohibition on those manipulating their algorithms to rank their services more prominently at the expense of others.

The two draft legislation are recognition from the likes of Margrethe Vestager, EU competition commissioner, that fines are not enough in deterring market abuses. Greater regulatory clarity is needed. 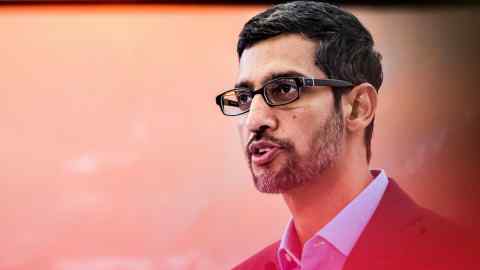 There is political backing at a high level to pass the draft legislation in the first half of next year. Andreas Schwab, the German MEP steering scrutiny of the debate of the DMA at the European parliament, thinks it is about time tough rules are set to limit the power of Big Tech, particularly the five largest companies. Schwab said in an interview with the Financial Times last month that regulators and the public have been “cheated” by Big Tech for too long.

Some member states, which alongside parliament will endorse the new laws, want even tougher regulation. Finance and economic ministers in France, Germany and the Netherlands said in May that the DMA was too soft on the tech giants and lacked ambition. They want Brussels to ramp up its scrutiny of so-called killer acquisitions, where companies systematically buy up nascent companies in order to stifle competition.

The pushback from Big Tech, which invests millions of dollars in lobbying efforts, has been strong. Its supporters argue tougher antitrust laws will just stifle innovation and the choices of European citizens.

But some critics are still frustrated by what they see as a lack of meaningful enforcement to correct bad conduct. They question how far Brussels will go in tackling Big Tech. Few EU watchers, for example, would expect Brussels to order a break-up of the tech companies. And the enforcement process is likely to remain slow.

Damien Geradin, an antitrust lawyer who has represented companies in probes against Apple and Google, said: “These companies have had a free ride for 10 years. They will be investigated in perpetuity until they’ve had enough and want to move on. Their size renders them immune.”

Paula Caplan, psychologist who challenged sexism in her profession, dies at 74

Jason Robins: ‘single-minded’ in his global ambition for DraftKings

Paula Caplan, psychologist who challenged sexism in her profession, dies at 74