Sitting on a hipster street in this ancient Arab port city, bang next door to the buzzing conurbation of Tel Aviv, is Israel’s response to Qatar-backed broadcaster Al Jazeera.

The first-floor studios of i24 have a backdrop to die for. Beside a huge picture window the news anchor is seated with their back to the Mediterranean with honey-coloured fortifications in the background.

That the location in Jaffa, one of Israel’s mixed cities, where the country’s Palestinian Arab minority and Jewish citizens live and work cheek by jowl, is no accident. 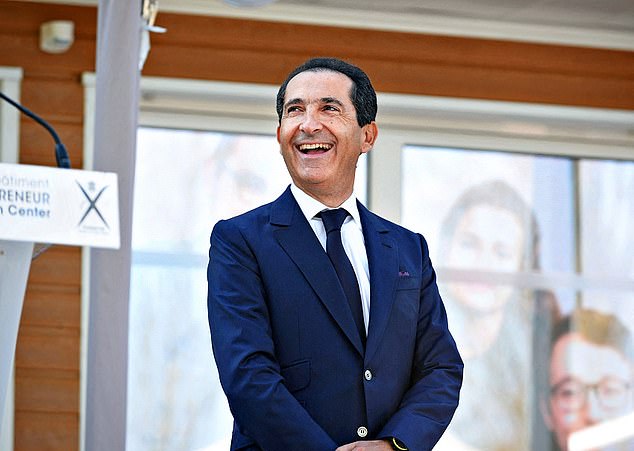 The station broadcasts in three languages – English, Arabic and French – and seeks to provide an Israeli perspective on the news.

Of Israel’s fast-growing 9million-plus population, 2million are Israeli-Palestinians and other Arab groupings who took on Israeli citizenship and rights after the 1948 War of Independence.

Much of the indigenous population sought refuge in surrounding states and territories.

The i24 TV franchise took to the global airwaves in 2013. It declines, for reasons of commercial competition, to provide any detail about its finances or income from advertising. What it does have is a billionaire media backer – magnate Patrick Drahi.

Until last year, the French national was an unknown quantity in Britain. But with his two-stage acquisition of an 18 per cent stake in British Telecom, worth £3.2billion, he and his Dutch-based vehicle Altice have become a force to reckon with. 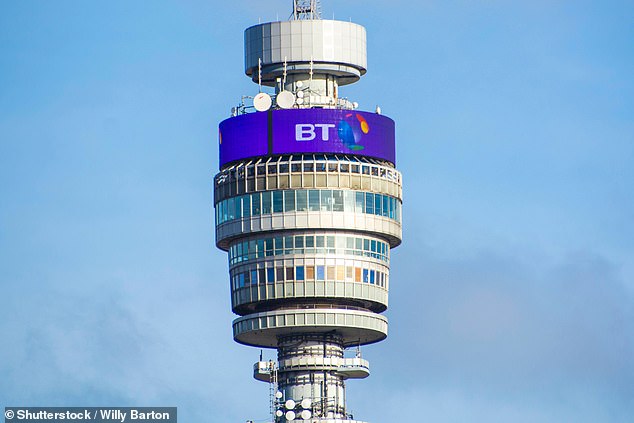 Eyebrows raised: Drahi’s ruthless methods and the centrality of BT to the UK’s broadband ambitions and economic security, have already raised eyebrows in Whitehall

If, as widely believed, he is able to combine his 18pc stake in BT with the 12.05 per cent owned by Deutsche Telekom (acquired as a result of BT’s acquisition of mobile network EE in 2015) he would be in a terrific position to take control of Britain’s flagship telecoms firm.

In Israel, France and other markets, the Drahi model of using leverage, or heavy borrowing, to buy telecom and cable networks has won him admirers for audacity – but fewer friends.

He has tended to deploy a slash-and-burn approach, cutting costs to the bone and using a dominant position to raise prices.

His ruthless methods and the centrality of BT to the UK’s broadband ambitions and economic security, have already raised eyebrows in Whitehall.

After Altice bought its second stake, the Government issued a blunt warning, saying it was ‘committed to levelling up the country through digital infrastructure, and will not hesitate to act if required to protect our critical national telecoms infrastructure’.

But, as we know from the assault on UK defence assets, there is a tendency in Whitehall to talk tough but then to negotiate away great swathes of British technology, and command and control over vital assets.

My visit to i24 studios takes place on a typically frantic day. An Arab killer had been on a shooting expedition in the Tel Aviv suburb of Bnei Brak, mainly the home to Israel’s strictly orthodox community. 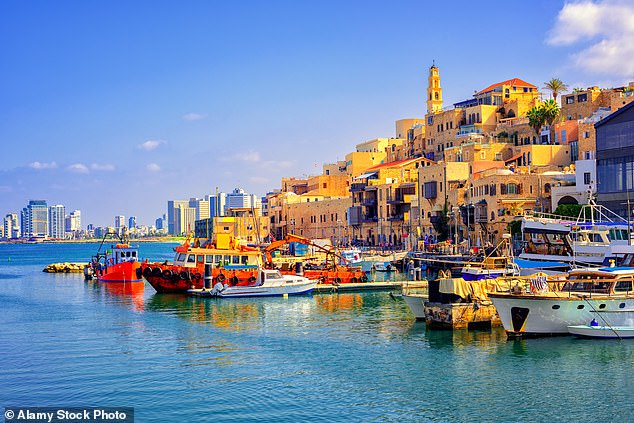 International reach: Drahi’s work with i24 suggests he is not a one-dimensional figure when it comes to media investments

Among victims are a young father and child, along with an Arab from the Israel-friendly Druze community, and regular programming is interrupted for a bulletin. In the Middle East, the violence is unceasing and there is no shortage of stories.

Each of the channels – French, English and Arabic – has its own production manager deciding which footage and which expert talking heads to use. The French operation is run from Paris.

The staff comprises 35 nationalities, and Jews and Arabs work alongside each other. Audiences are building among Israeli Arabs and across a region long deprived of an independent source of information involving Israel. Distribution of its programmes is mainly on satellite and online through Amazon Fire, Apple TV, Molotov TV and others.

The danger has been that i24 became known as a mouthpiece for the Jewish state. But the stress has been on independence and there Drahi – unlike other proprietors – has adopted a hands-off approach.

The chief executive of a leading NGO, working on the cause of social equality for Israeli Arabs, tells me he is impressed by the quality of the reporting, the balance and coverage of Arabs inside Israel, who are not greatly featured on mainstream Israeli TV.

It is not entirely clear what Drahi’s long-term plans are but he is showing great patience and confidence in i24’s future. When the Geneva-based tycoon scooped up Sotheby’s for £2.8billion in 2019, he described it ‘as an investment for my family’.

He obviously regards i24 as an investment in Israel, which often struggles to get the hearing it deserves in the mainstream media. His pursuit of BT is more in keeping with his incursions into telecoms and cable around the world.

Scaling the regulatory and political hurdles to a bid for partial or full control of BT would be a huge challenge. Yet BT has been a serial underperformer and past diversion into sports TV delayed vital investment in full fibre to the door, damaging Britain’s productivity.

Overseas takeovers by offshore tycoons with little understanding of the national and economic security interests of the country are never a good idea. Drahi’s work with i24 suggests he is not a one-dimensional figure when it comes to media investments.

And his dominant presence on the share register could just be the incentive BT needs to end years of complacency and shameful underperformance.