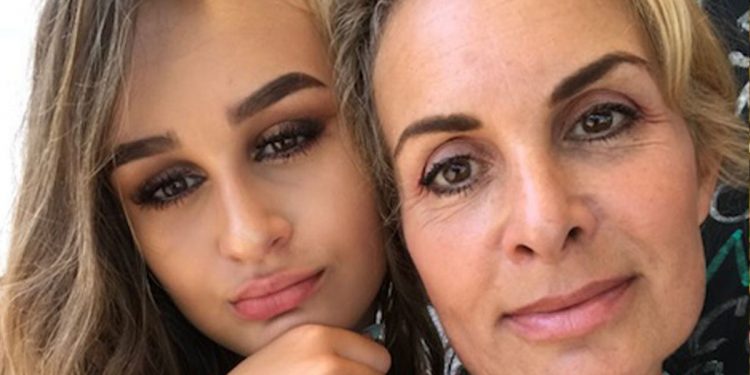 
Bucks Fizz singer Jay Aston’s daughter Josie, 18, is still in a specialist kidney unit following her hospital dash last month and has been told she’ll be permanently scarred after being diagnosed with bacterial meningitis

Bucks Fizz star Jay Aston has recalled the horrifying moment she realised her teenage daughter was seriously ill with meningitis.

The singer had originally thought her daughter’s devastating condition could be heatstroke, but acted quickly once she realised it was something more severe – getting the teenager to hospital herself when an ambulance failed to show.

Josie Aston, 18, is currently seriously ill in hospital, after being rushed to intensive care and diagnosed with bacterial meningitis last month.

Doctors put the teenager in an induced coma after her organs began to fail, and she is still in a specialist kidney unit.

Singer Jay, who has described the ordeal as “absolutely devastating”, was the one who spotted a rash on her daughter’s arm.

The one-time Eurovision Song Contest winner originally thought Josie could be suffering from heatstroke, but quickly acted once the teenager developed further symptoms.

“She’d been lying out in the sun so I thought it was maybe heatstroke,” Jay explained when recalling coming home to find her daughter shaking after complaining of feeling unwell.

“A couple of days before that she’d complained that her joints were aching, which I’d put down to growing pains.”

But once Josie developed a headache, neck pain and a temperature which didn’t come down with paracetamol, Jay called 111 and an ambulance was ordered.

When the ambulance didn’t appear, Jay grew worried and ended up driving her sick child to Princess Royal University Hospital in Farnborough, Kent.

“Her temperature reached almost 40. I started to get really worried. In the middle of the night, she said: ‘Mum, I’m not right.’ I saw red dots on her arm.”

It was at that point that Jay realised her only child could be suffering from meningitis, as her guitarist husband-of 22 years, Dave Colquhoun, Josie’s father, contracted it 19 years earlier.

The teenager was in a coma for five days
(

Within an hour arriving at hospital, Josie’s entire body was covered in the rash and the following day, when her lungs began to fail, she was taken to intensive care where she was put into an induced coma, given oxygen and treated with antibiotics.

Josie remained in the coma for five days, with Jay sleeping beside her bed in a chair.

She said: “I was willing her to pull through. I held her hand but one had lines in it and on the other the rash was weeping and blistered. It was horrible.”

Josie in 2011, alongside parents Dave and Jay
(

After five days doctors took Josie out of the coma, but there was no improvement. Jay said: “She didn’t come round for two days. They were the two worst days of my life. There was no response. I knew it could go either way.

“But I couldn’t let myself think that I might lose her.”

Eventually, Josie did open her eyes and doctors moved her to Kings College Hospital in south London to be treated in its specialist kidney unit.

Jay hopes she may be released from hospital later this week, but knows there is a long road ahead.

She added: “If she hadn’t been in my bed that night, I’d have lost her. I’m hoping she will make a full recovery, but I’m just elated that’s alive.

“She’s a great kid; she’s lovely and funny and I’m very lucky and blessed to have her. Whatever happens next, we’ll deal with it.”