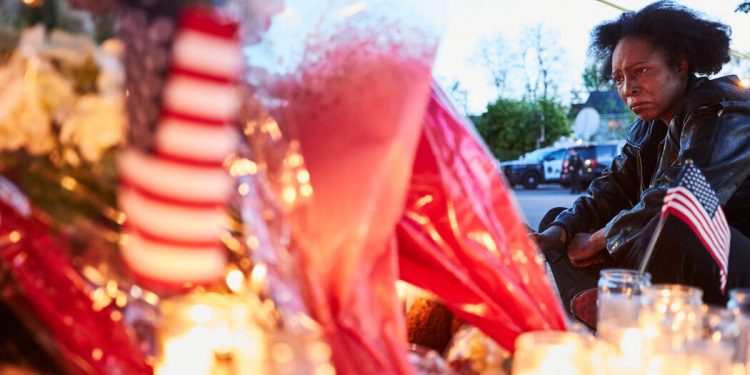 BUFFALO — The accused gunman in Saturday’s massacre at a supermarket in Buffalo appeared in court on Thursday morning, facing a count of murder in the first degree, as some family members of the 10 people he is accused of killing looked on.

The felony hearing, in Erie County court, was adjourned by a judge until June 9, largely a procedural step in what is likely to be a closely watched case, though prosecutors indicated in statements in court that a grand jury had voted to indict the suspect, Payton S. Gendron.

In a brief statement, the Erie County district attorney, John J. Flynn, said he would have no further comment until a grand jury investigation is complete.

Mr. Gendron, 18, has pleaded not guilty, and appeared briefly in the courtroom, wearing an orange jumpsuit, amid heavy security. He faces life in prison if convicted, and continues to be held without bail, Mr. Flynn said.

The authorities have described Mr. Gendron as an avowed racist who used an assault-style weapon to carry out an attack at a Tops grocery store in a predominantly Black section of Buffalo last weekend. Mr. Gendron is white, and all 10 people who died in the attack were Black.

From Opinion: The Buffalo Shooting

Commentary from Times Opinion on the massacre at a grocery store in a predominantly Black neighborhood in Buffalo.

Several victims’ family members came to watch Mr. Gendron’s felony hearing, but did not speak to reporters as they left.

The hearing on Thursday came even as grieving families began to prepare for funerals in the coming days, and elected officials and political leaders continued to promise changes to laws and other policies to counter the rise of white supremacy and gun violence.

On Wednesday, Gov. Kathy Hochul announced a series of measures intended to strengthen New York’s gun laws, as well as requesting that the state attorney general, Letitia James, investigate the social media platforms where the suspect was radicalized, posted racist writings and briefly streamed his attack.

The shooting erupted on a sunny Saturday afternoon on Buffalo’s East Side; in addition to the 10 people killed, three others were injured. The authorities say that Mr. Gendron drove some 200 miles to Buffalo from his home in Conklin, N.Y., to commit the shooting, after months of outlining his plans on a private online diary that he kept on Discord, a chat application.

Those writings show that the gunman had easily sidestepped a 2019 state law — known as a “red-flag” law — to buy an assault-style rifle in January, despite having been picked up by State Police and held for a mental-health evaluation last year after making a threat at his high school. The red-flag law allows courts, if petitioned by concerned citizens or officials, to issue orders to seize weapons if an individual is found to be “likely to engage in conduct that would result in serious harm to self or others.”

Under an executive order issued by the governor on Wednesday, State Police would be required to seek such orders in every case in which there is “probable cause.”

Mr. Gendron wrote on Discord that he had lied to officials at the time of his mental-health evaluation last June, saying he was joking on a school assignment about wanting to commit a “murder-suicide.”

“It was not a joke,” he wrote. “I wrote that down because that’s what I was planning to do.”

The case continued to evoke high emotions in Buffalo, the state’s second-most populous city. During the hearing, someone sitting in the court shouted, “Payton, you’re a coward!,” as the suspect was led out in handcuffs.

Buffalo residents entering the courthouse for routine appointments said they felt uneasy with the suspect in the same building, while others mourned.

Biden says Finland and Sweden have full, total, complete backing of US as they seek to join NATO - CNN