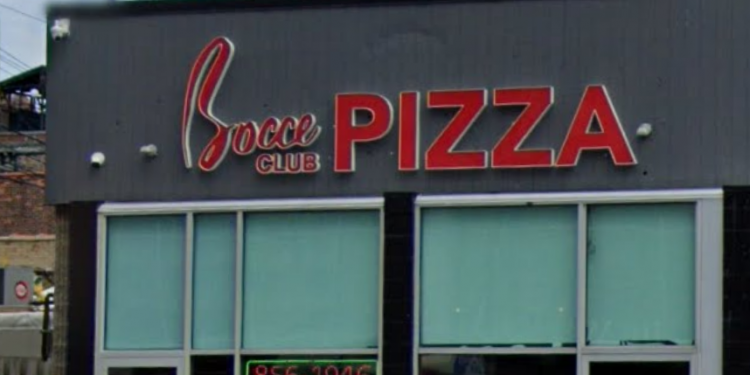 BUFFALO, N.Y. (WIVB) — One day after the shooting at Tops Markets on Jefferson Avenue in Buffalo, an alleged threat was made at the Bocce Pizza location on Delaware Avenue in the city.

According to Buffalo Police, Joseph S. Chowaniec, 52, called Bocce Pizza and threatened to “shoot up Bocce’s like the Tops on Jefferson,” while complaining about a pizza made earlier in the week. Bocce Pizza reportedly closed down the store early following the incident.

Chowaniec was charged with making a terroristic threat, a Class D felony, and faces a maximum of 7 years in prison if convicted. He is scheduled for a felony hearing at 9:30 a.m. Friday. He was remanded without bail pending the results of a forensic examination.

Temporary no-contact orders of protection have been issued on behalf of the victims, which includes their place of employment, the DA’s office said.

“This defendant is accused of making threatening phone calls to businesses and referencing this horrific shooting as the entire City of Buffalo is grieving this tragedy,” District Attorney John Flynn said. “This crime will not be tolerated – especially as we are actively investigating the Jefferson Avenue shooting as a domestic terrorism incident. Any threat will be thoroughly investigated and prosecuted to the fullest extent of the law.”

Prior to the shooting at Tops Markets, the accused shooter detailed his plan in a white supremacist manifesto. Officials have not yet said whether the threat at Bocce Pizza appears to be racially motivated, despite Chowaniac reportedly referencing the Tops shooting.

Chowaniac was previously arrested in 2008 for impersonating an officer and robbing a victim in an SUV, according to a March 2008 report from the Buffalo News.

Update: A description of Chowaniac from police has been removed from the story because it created confusion with another person nearby who fit a similar description.

Adam Duke is a digital producer who has been part of the News 4 team since 2021. See more of his work here.