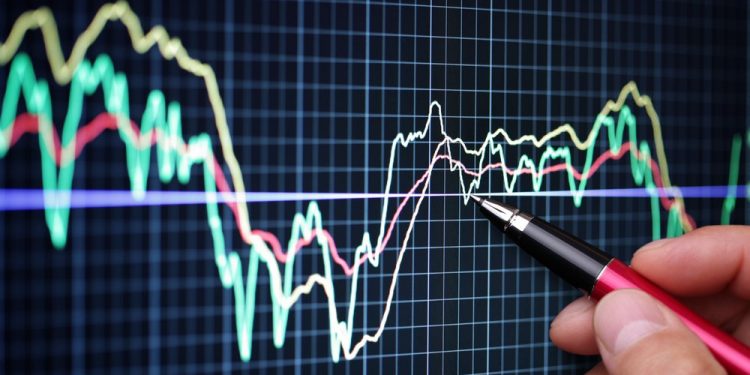 
Just as there are many moving parts to a fundamental analysis of a stock, an expansive list of technical indicators also lie at investors’ disposal to make their next winning pick.

One aspect of studying charts that technical analysts find appealing is that there is a constant supply of new data points. Whether a short-term trader focused on one-minute charts or a long-term investor interested in weekly charts, there is a continual refresh of information provided by the vast library of technical indicators.

Lately, there have been fewer bullish signals from either research discipline with the market off to a slow start in 2022. Things could soon change for fundamental analysts with the heart of fourth-quarter earnings season approaching.

Technical analysts, on the other hand, are seeing more bullish indicators light up this week with U.S. stocks attempting a reversal. Some stocks are flashing multiple bullish technical events that add credence to swift turnarounds.

Is Expedia Group Stock in an Uptrend?

Expedia Group (NASDAQ: EXPE) has clawed its way back to being flat year-to-date. Based on what the popular indicators and oscillators are saying, the uptrend is likely to resume.

On January 25th, when the online travel company closed at $174.20, a slow stochastic pointed to a bullish near-term reversal. In layman’s terms, the slow stochastic means that based on the last three days, or three candlesticks, the stock closed near the upper end of the trading range. It tells us that Expedia has emerged from oversold conditions and that higher prices are likely ahead.

The same day, Expedia’s share price crossed over the 50-day moving average. Peaking above this key trend line has similar implications to the stochastic oscillator. It suggests the price is likely in an established uptrend—and with the support of the smoothed 50-day line, could start to move higher as it did after regaining the 50-day in September 2021. A  breakthrough of the intermediate-term resistance at $175.17 also supports the bullish case.

What Do The Technical Indicators Say About IBM Stock?

International Business Machines (NYSE:IBM) very briefly crossed over its 200-day moving average but it still counted as a bullish long-term event. The old-school Dow-30 member did the same right of the gates in 2022, but the trading volume was modest. The more recent high-volume event carries more weight; nearly 20 million shares exchanged hands that day.

If IBM can convincingly break the intermediate-term resistance line at $136.73, this would help confirm that the stock is in an uptrend for the long haul. Some traders took profits the day after the uncharacteristically large green candle took shape, but with volume relatively benign, bulls appear in control.

The day prior to big January 25th move, traders had the opportunity to get in early if they used the Bollinger band indicator. When the price dipped below $125 this was significantly outside the lower Bollinger band which meant a reversal was probably forthcoming.

Most recently, the Moving Average Convergence Divergence (MACD) indicator has also signaled that a short-term uptrend is afoot. This widely followed technical tool compares short-term and long-term exponential moving average (EMA) lines to determine if the short-term price movement is stronger or weaker than the longer-term average. In the case of IBM, it was another bullish piece of evidence.

Over in the REIT sector, there has been a flurry of bullish chart activity in Kimco Realty Corp. (NYSE: KIM). On January 25th, the Williams %R oscillator kicked things off with a bullish reading. Similar to Stochastics, the Williams %R is built on the notion that as stock prices rise, they tend to close in the upper part of the recent trading range. In this case, the retail REIT moved towards the upper end of the last 14-bar range.

The next day, five different bullish indicators added value to the idea that Kimco is in a solid uptrend. As the price crossed the 21-day moving average, the Bollinger band, MACD, and slow Stochastic all lit up green. Ditto for the 10-bar momentum indicator which showed Kimco had surpassed its level from 10 trading days prior thereby building itself some significant momentum.

It’s important to remember than a single technical indicator shouldn’t be the basis for an investment decision. Instead, it is ideal to identify stocks that are simultaneously flashing multiple bullish signals (or bearish if shorting) as this creates a more powerful case.

Expedia, IBM, and Kimco Realty, are three fresh examples of stocks building a solid arsenal of bullish indicators and oscillators.

Kimco Realty is a part of the Entrepreneur Index, which tracks some of the largest publicly traded companies founded and run by entrepreneurs.