Business goals: how England legend Karen Carney is helping former players achieve off-the-pitch success | When more of us play, all of us win 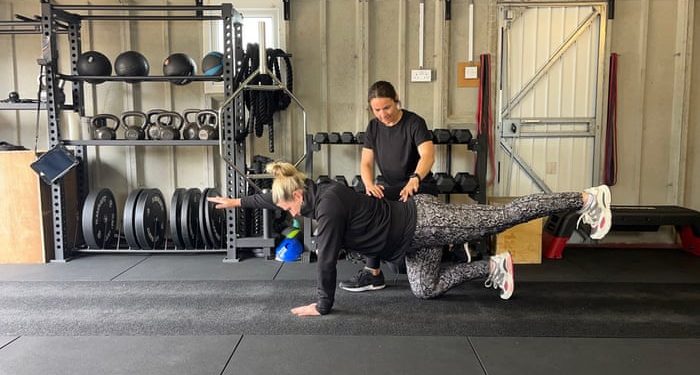 
“It’s the greatest heartbreak you’ll ever go through and nothing ever compares to that. It is your first real love and to not be able to do it is pretty tough.”

So says Karen Carney MBE, on retiring from football. The ex-England winger and midfielder turned broadcaster, who left the sport in 2019, knows exactly what it’s like to leave the structure and camaraderie of the sport to face the uncertainties of the next step – life after football.

As the women’s game continues to grow, so does the need to offer more support to players for what’s to come after their football career. With her first-hand experience, Carney has helped develop The Second Half, a career development programme to support female footballers to transition to professional life beyond the pitch.

The Second Half was launched in 2020 by Visa – sponsors of UEFA Women’s EURO 2022, which will be held in England in July. Recently announced as Fifa’s first-ever Global Women’s Football Partner, Visa launched the programme as part of its commitment to increase the visibility of the women’s game.

With a clear focus on transferable skills, and guidance provided through training, mentoring, networking and work experience, the programme aims to benefit players at all stages – from those at the start of their career, to experienced ones; those who have been injured and are taking time out to recover, to retired players – to help with the transition.

“Players can be supported by clubs and their sponsors while they’re playing professionally – but what happens when they retire?” asks Liesel Jolly, women’s football lead at Visa, who co-created The Second Half with Karen Carney. “All the evidence points towards retired athletes being incredible business people, which is why it’s so important to have a dedicated programme to support this group of incredible women. Not only to help them recognise that their skills are transferable, but show them how they will be able to apply these skills outside of sport.”

The values promoted by football, such as fair play, team spirit and inclusivity, are also key to the business world and a wider economy that has become more open and accessible thanks to digital payments.

Likewise, many businesses, both large and small, certainly stand to gain from experienced, accomplished people with a track record of perseverance, teamwork and commitment. But equally, at the opposite end, it creates opportunities for young women to take up the sport by making it more attractive in the long run.

“It’s important for players to have a long career in general so that you make sure young girls see football as a positive and viable career,” says Jolly. “In order to do that, you need to know that there’s also going to be career opportunities at the point of retirement.”

Enrolling in The Second Half has opened a new chapter for Emily Westwood, who hung up her football studs back in 2018. With a club CV that includes Wolves Women, Everton and Birmingham City, as well as playing for England, the 38-year-old is proving it’s not just the traditional routes of coaching, commentating or media roles that are available to former footballers.

“I never really thought about a working career [while playing],” admits Westwood. At one point before she went professional, she trained to be a chef, then moved into football administration: “I didn’t have a plan for when I finished playing football, because I thought the administrative stuff was the way I was going to go.”

But, encouraged by her wife to build on her love of the gym and to qualify as a personal trainer, Westwood has now set up Solid Soul Fitness, a personal training service. Operating out of her repurposed garage in Milton Keynes, she provides clients with a mix of online and face-to-face support.

“I belonged in football, and I belonged to a team,” she says about leaving the sport. “I was in such a great group and I knew I had my back covered. There would be [people] being homophobic or misogynistic, on social media for example, but because I was in such a tightknit community it just brushed off me. So that was the scary part for me – where am I going to belong? Will I fit in anywhere else? Will I be good enough in whatever I choose to do?”

“At the top level, men [players] are more financially secure than women [players]so when they retire they don’t have to worry so much about how they’re going to pay their mortgage, bills etc,” she reflects. But ultimately, “anyone can do anything they want to do” with the right support. That’s where The Second Half comes in.

“The programme is definitely a guide to helping women plan and prepare for what happens next,” she says. “To understand what you could potentially do.”

Through The Second Half, Westwood has realised the myriad skills that have crossed over from her time in the sport to running her own business, from scheduling to resilience to leadership.

“All throughout my career I’ve been a leader in some form. Although I don’t have to lead anyone in terms of my business, I do have to lead by example, with the clients and people I work with,” she says. “Football is ever changing, no game is alike – and clients are not the same, they have very different goals. There’s also empathy, in understanding players’ worries and woes as a captain – as well as trying to understand people in a gym environment.”

Westwood is clear about the wide-ranging influence The Second Half has had on her mindset as a businessperson and an entrepreneur: “Branding, roadmapping, social media, money management, communication skills – all of that helped me,” she says.

Westwood also credits her programme mentor for helping navigate Solid Soul Fitness in the right direction with “long, mid and short-term planning”: “Because I was on my own, I didn’t have anyone to reflect [with] or have conversations about my business. The programme gave me a chance to focus and assess where I was at.” She is now working on a five-year plan to own her own venue.

And while The Second Half was created after Westwood had already left football, she is keen to see female footballers still in the game take it up. “Concentrate on your career first and foremost, because it’s not there forever,” is the advice she’d offer the younger players. “However, that could end through injury, or you could fall out of love with football.

“So regardless of how old you are in football, get in touch with The Second Half. Tap into as much help as you can, be a sponge, take on as much information as you can and use the programme. I wished I’d had that when I finished playing.”

When more of us play, all of us win
Competition is at its best when everyone truly has the chance to take part. That’s why Visa is a proud sponsor of UEFA Women’s EURO 2022. And Visa’s support goes beyond the pitch. Visa has committed to digitally enabling 8 million small businesses in Europe by the end of 2023, providing technology and tools to help turn small ideas into big businesses, wherever they are. To find out more about how Visa is championing access and inclusion visit: visa.co.uk/wUEFA2022

Ceili McCabe’s rise to the top was one unique run