Caitlyn Jenner may be weighing run for California governor 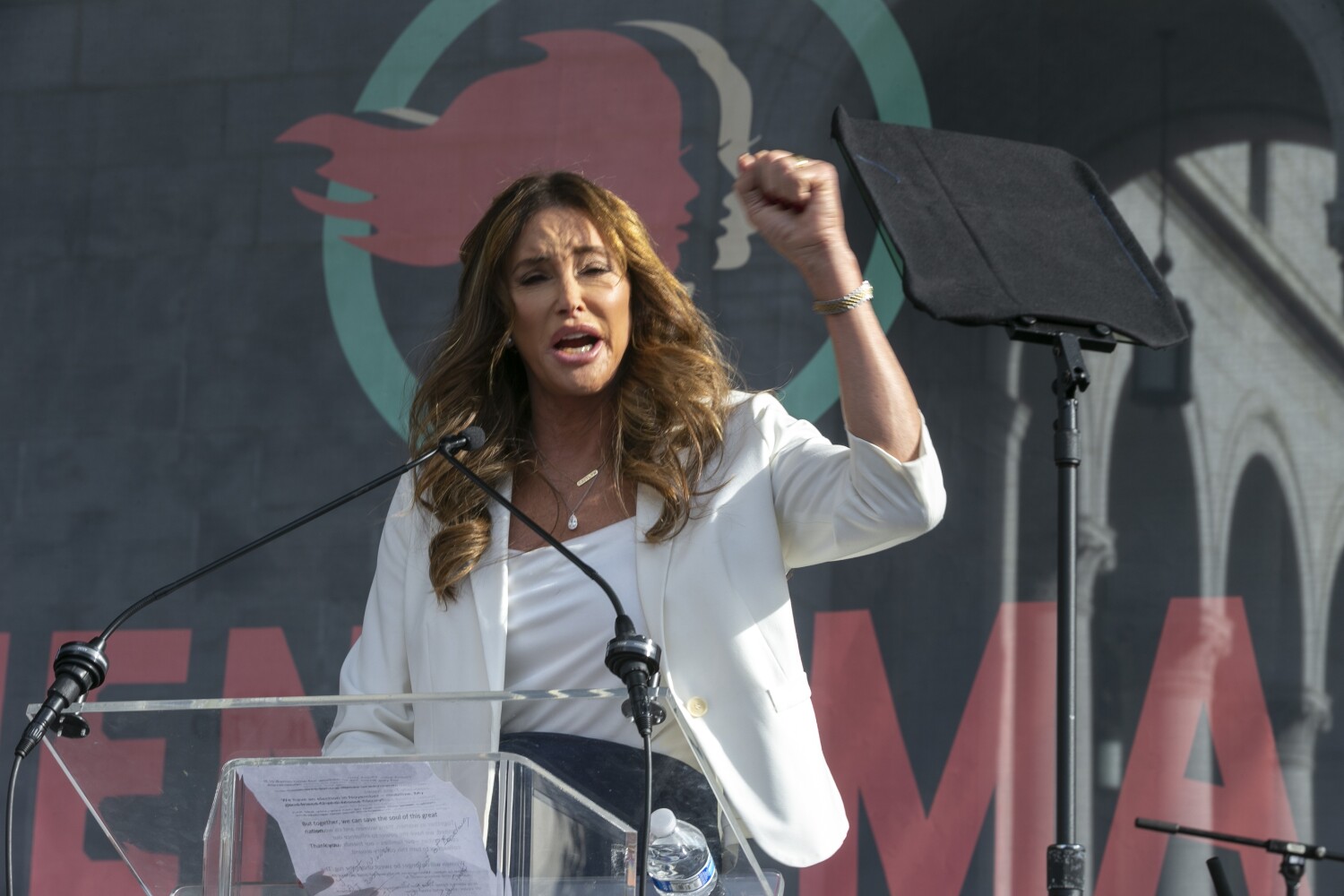 It’s suddenly feeling a bit like 2003 all over again. If Arnold Schwarzenegger could win a recall election to become governor of California then, could Caitlyn Jenner follow the same path nearly two decades later?

The Olympic decathlete-turned-reality TV star who announced in 2015 that she was transgender is considering a run, Axios reported Tuesday. The outlet cited “three sources with direct knowledge” of the situation.

With Gov. Gavin Newsom likely facing a recall election this fall, a pop culture figure seeking the state’s top job has echoes of what happened 18 years ago, when Democrat Gray Davis became the first governor to be recalled in state history, and the actor who played the Terminator took the state’s reins.

That year, more than 130 people challenged Davis in the recall, including businesswoman and author Arianna Huffington, the late actor Gary Coleman and the late pornographer Larry Flynt. But it was Schwarzenegger, whose candidacy attracted international media attention, who pulled out the win despite allegations late in the race that he had groped and humiliated a half-dozen women.

“It’s more substantial than Gary Coleman but not nearly as substantial as Arnold Schwarzenegger,” said Rob Stutzman, a veteran GOP strategist and longtime advisor to Schwarzenegger, about a possible Jenner run. “I don’t know if this would be considered a game-changer. What Newsom’s team has to worry about is the recall now going into the realm of tabloid media…

“When political campaigns start being executed in the People magazine realm,” he said, “it can create unpredictable dynamics.”

Stutzman said the 71-year-old Jenner is not as serious a candidate as Schwarzenegger. “Arnold was the most famous person in the world aside from the pope. She’s famous but not that famous,” he said. “And Arnold already had some credibility in the public-policy space — he had sponsored a statewide ballot measure, had campaigned for candidates, been involved with the presidential physical fitness council.”

Some Republican leaders and donors, however, believe that a celebrity may be their best chance of reaching statewide office, which they last won in 2006. Democrats in California have a 22-point voter registration edge over Republicans.

Axios reported that Jenner is being assisted by GOP fundraiser Caroline Wren, who helped organize the Trump rally that preceded the Jan. 6 Capitol riot. Wren did not respond to multiple inquiries from The Times. The two met through the American Unity Fund, a conservative nonprofit focused on LGBTQ issues.

Several California Republican consultants, including those familiar with the donor community, said they hadn’t heard anything about a Jenner run; they speculated the effort might be coming out of Washington.

Jenner would have other GOP competition: Former San Diego Mayor Kevin Faulconer, businessman John Cox and former Rep. Doug Ose have already said they will run. Final word on a recall election is expected this month.

The Times wasn’t able to independently confirm Jenner’s plans Tuesday, but it wouldn’t be the first time the “Keeping Up With the Kardashians” fixture has considered running for office. A Jenner representative did not respond to a request for comment.

The lifelong Republican has described herself as an economic conservative and social liberal, and has also said she has been criticized for her GOP affiliation. “I have gotten more flack for being a conservative Republican than I have for being trans,” she said during a 2016 appearance at the University of Pennsylvania.

The following year, she told CNN’s Don Lemon that she was thinking of running for office. “I would have to look, over the next year or two … can I do a better job on the outside or am I in a position now that I can do a better job for my community on the inside,” Jenner said. “And if that’s the case, if I find us on the inside, I would seriously look at it.”

Later that year, Jenner told a New York radio host that she was considering challenging Sen. Dianne Feinstein, who was up for reelection in the 2018 midterms. Jenner ultimately did not run.

On Monday, returning from a Twitter break of more than a year, Jenner retweeted a note that focused on L.A. County’s COVID-19 lockdown and included the comment, “The power @GavinNewsom has is ridiculous.”

The California Republican Party has a history of electing celebrities, notably former President and Gov. Ronald Reagan, former Palm Springs Mayor and U.S. Congressman Sonny Bono, former Carmel Mayor Clint Eastwood and, most recently, Schwarzenegger. Jenner and Schwarzenegger have been friends for more than 40 years, going back to their reigns as athletic champions, and remain close.

Jenner, who voted for Donald Trump in 2016, said at the time she was optimistic because of his words supporting LGBTQ rights at the Republican National Convention. Also, after Trump said during a television interview that Jenner could use whatever bathroom she wanted at his properties, Jenner took him up on the offer.

“A trans woman in New York, I gotta take a pee,” she said while walking up to the Trump International Hotel and Tower in Manhattan in an August 2016 video. After she came out of the women’s room, she thanked Trump and mocked GOP Sen. Ted Cruz, who supported bills that require people to use the bathroom that aligns with the gender on their birth certificate. “Thank you Donald, I really appreciate it,” Jenner said. “And by the way Ted, nobody got molested.”

Two years later, Jenner wrote in the Washington Post that she had hoped to change anti-transgender attitudes and policies from inside the system but had grown disillusioned by the president’s approach, such as barring them from serving in the military.

“Sadly, I was wrong,” she wrote in an editorial in the Washington Post in October of 2018. “The reality is that the trans community is being relentlessly attacked by this president.”

How to Work From Home: 9 Tips for Remote Workers