A state senator in California is introducing a bill to ban live ammunition and guns that can fire such ammunition from theatrical productions across the state.

Democrat Sen. Dave Cortese announced his plan Saturday following the death of Halyna Hutchins, a worker on the film “Rust,” after actor Alec Baldwin fired a gun he’d been told was unloaded. Another worker on the film was also injured.

“There is an urgent need to address alarming work abuses and safety violations occurring on the set of theatrical productions, including unnecessary high-risk conditions such as the use of live firearms,” Cortese said.

Blank cartridges, which contain gunpowder but no solid projectile, are often used in film productions, according to The Wrap. The spray of heat and filler that comes out of the gun can be dangerous depending on the range, the outlet reported.

Blank cartridges are fired often out of fully functional weapons, and guns that fire blanks are often called “live” because they contain gunpowder, The Wrap further reported. If a real bullet is somehow put into a real gun being used to fire blanks on a film set, it can kill people.

“It is important that California establish new safety standards and best practices for all those who work in the industry and particularly in our own state,” Cortese added. “Our entertainment industry must do a better job of ensuring safe working conditions for our hardworking crews.” 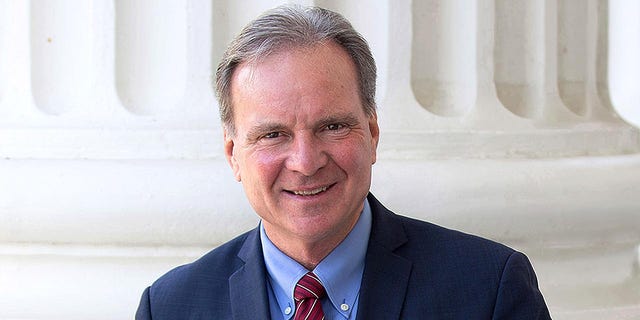 California State Sen. Dave Cortese, a Democrat, is introducing a bill to ban “live” guns on film sets and other theatrical productions.
(https://sd15.senate.ca.gov/)

ABC’s cop drama “The Rookie” announced shortly after Hutchins’ death that it will no longer use live guns on set and will instead add gunfire effects in post-production, according to The Hollywood Reporter.