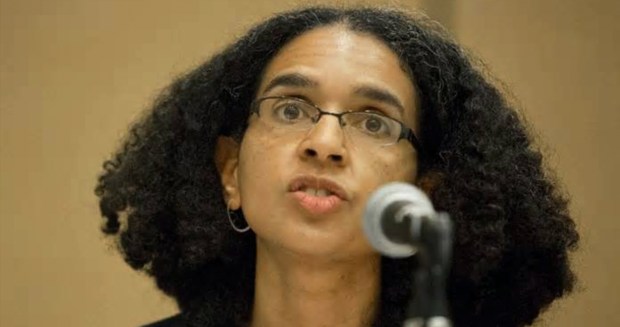 
U.S. Supreme Court Justice Stephen Breyer’s announcement that he plans to retire set off immediate speculation about who would take his seat on the bench. Near the top of the list is a Californian named Leondra Kruger.

In 2014, former Gov. Jerry Brown tapped Kruger, then 38, for the state Supreme Court, where she still sits today.

Breyer’s retirement sets the stage for President Joe Biden to honor a campaign promise to nominate a Black woman to the nation’s highest court. Could Kruger become the first African American woman on the U.S. Supreme Court?

Here are five things to know about the 45-year-old judge.

1. Kruger was born and raised in California

Kruger was born in Los Angeles County to two physicians and grew up in South Pasadena before heading east to attend Harvard University. Her mother is from Jamaica and her late father was born to Jewish immigrants from Eastern Europe. She then earned her law degree from Yale University, helming the Yale Law Journal, before beginning a legal career that has taken her from corporate law offices to the Obama administration.

2. She is deeply familiar with the Supreme Court

Kruger clerked for former Justice John Paul Stevens in the early 2000s. During the Obama administration, she worked as a lawyer in the U.S. solicitor general’s office, arguing cases before the high court. Before joining the California Supreme Court, she also worked for private law firms, served as a visiting professor at the University of Chicago Law School, and briefly worked as a deputy assistant attorney at the Office of Legal Counsel in the U.S. Department of Justice.

3. She has already broken barriers

While becoming the first Black woman to serve on the Supreme Court would be the biggest barrier-busting move of her career, she is no stranger to blazing trails. She became one of the youngest appointees to the California Supreme Court, and the fourth African American justice to serve on the court. In 2016, she became the first high court justice to give birth while serving on the bench. She is married to Brian Hauck, a partner at Jenner and Block, and the pair have two young children. As a student, she was the first Black woman to serve as editor-in-chief of the Yale Law Journal.

4. She has somewhat moderate views

According to SCOTUSblog, which covers the high court, Kruger is not a judge who looks for ways to create massive changes in the law from the bench. She has at times taken more moderate positions than some of her more left-leaning colleagues at the California Supreme Court. In 2016, she joined an Arnold Schwarzenegger-appointed justice in a labor law case. In a 2018 opinion rejecting a challenge to a law that requires law enforcement to collect DNA samples and fingerprints from people arrested for a felony, Kruger argued for a limited ruling, writing, “the law teaches that we should ordinarily focus on the circumstances before us in determining whether the work of a coequal branch of government may stand or must fall.”

In 2018, she told the Los Angeles Times, “I aim to perform my job in a way that enhances the predictability and stability of the law and public confidence and trust in the work of the courts.”

5. Kruger is not a shoo-in for the job

Kruger is widely acknowledged to be on a short list of potential nominees Biden is likely to consider, but she is not alone. Other possible picks include DC Circuit Judge Ketanji Brown Jackson and South Carolina U.S. District Court Judge Michelle Childs.