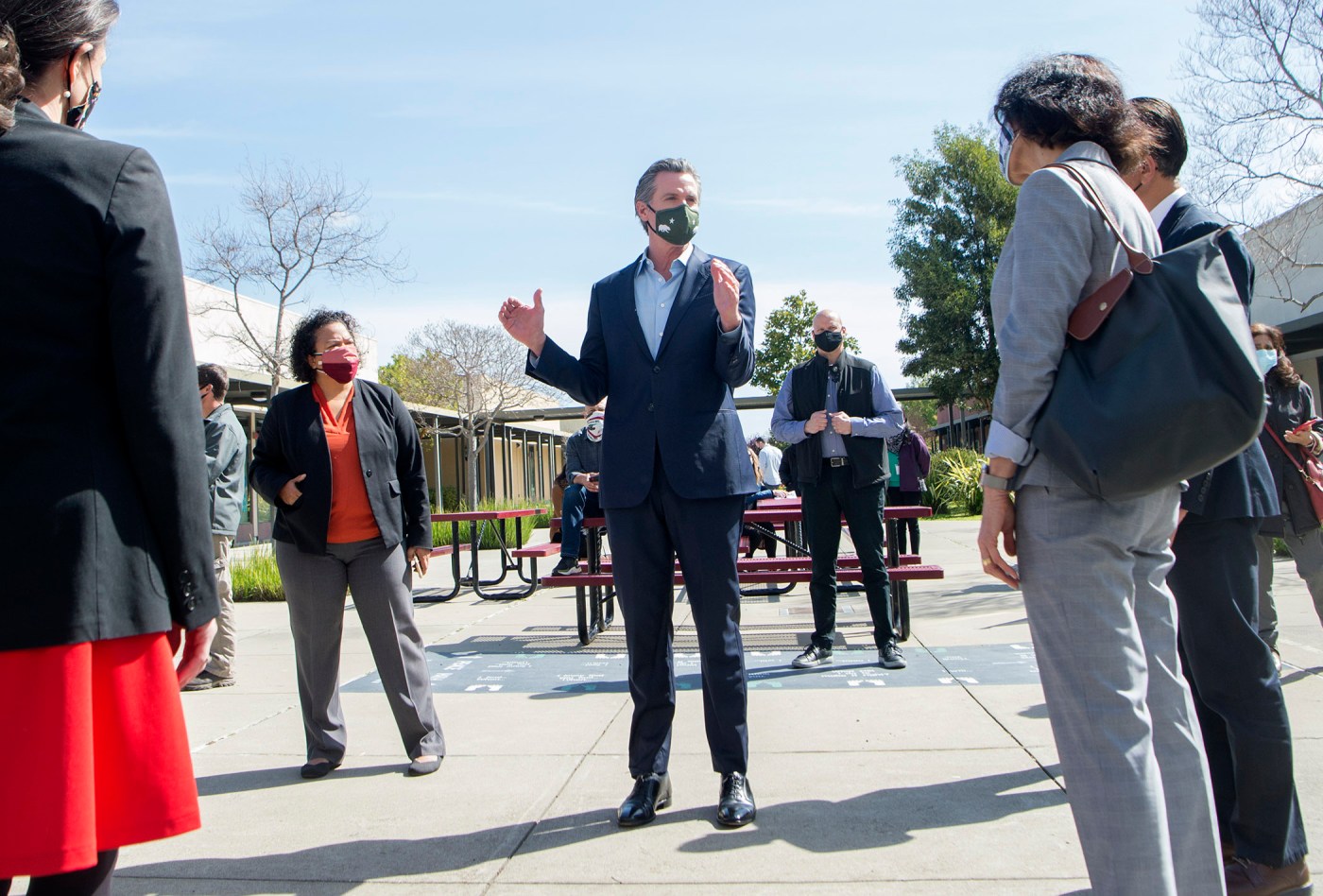 Despite concerns about students falling behind and not returning to classrooms full time in the fall, a poll out Wednesday found a majority of Californians like how Gov. Gavin Newsom has handled school closures throughout the COVID-19 pandemic.

The Public Policy Institute of California poll showing 57% of adults and 64% of public school parents approve of Newsom’s handling of K-12 education comes as the Democratic governor prepares  to face a recall election this fall, driven in part by frustration with school closures.

“We’ve certainly heard a lot of frustration and disappointment around the schools,” PPIC President Mark Baldassare said, “and expected that would be reflected more in the polls, but what the poll reflects is that we’ve been in very uncertain circumstances this past year and that most Californians and public school parents basically agreed with the direction that leadership has taken.”

“Two in three Californians approve of their school district’s handling of school closures, and most public school parents are at least somewhat satisfied with the distance learning that has taken place,” Baldassare said.

The findings are similar to that of a private poll earlier this year commissioned by the California Teachers Association. Teachers unions have been among Newsom’s strongest backers.

California has been among the slowest states to reopen schools and return to full in-person learning, with students in most urban and suburban districts still spending much of their instructional hours online at home even though health officials and Newsom himself say it’s safe for them to be taught on campus. In many other states, most if not all students have been back in the classroom full time for months.

Though Newsom and Democratic lawmakers crafted legislation to reward schools with money for reopening at least partly this spring, a vocal contingent of parents who say their kids are suffering emotionally and academically from distance learning called on the governor to mandate reopening.

Newsom has argued that approach is counterproductive and noted many parents, particularly in communities hardest hit by the virus, remain fearful of sending their kids back to school.

While the findings would surely boost Newsom’s hopes in beating the recall and disappoint its backers, the survey did highlight areas of concern.

Overwhelming majorities, including 86% of adults and 83% of public school parents, say children have fallen behind academically during the pandemic. The eight in 10 who say kids have fallen behind either a lot or a little is consistent across racial and ethnic groups, with eight in 10 either very or somewhat concerned that students in lower-income areas have been more likely to fall behind.

The poll found six in 10 adults and two out of three public school parents are very or somewhat concerned that schools won’t reopen fully this fall.

Baldassare said the poll’s results on Newsom’s handling of schools track with recent findings of his overall performance and lack of majority support for the recall. A March PPIC survey found 53% approve of the governor and 56% would vote to keep him. But Baldassare noted that could change by the fall.

“If progress containing the virus backslides before the likely fall recall election — placing the reopening of schools and the economy in jeopardy,” Baldassare said, then “voters’ approval of the governor and support for keeping him in office could slip.”

Ohio to end most health orders, give the vaccinated a shot at winning $1 million