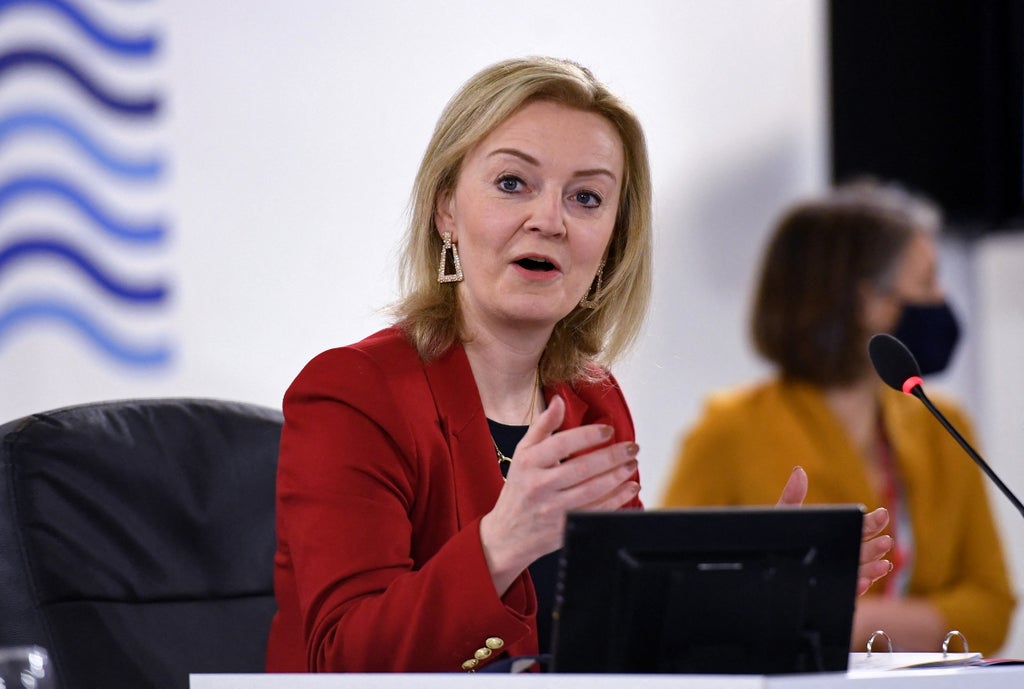 There were calls today for Liz Truss to be stripped of her role as the government’s minister for women and equalities, after it emerged that she announced only one official engagement related to the post in the month of December.

Ms Truss – seen as a potential successor to Boris Johnson as Tory leader – held onto the equalities position when she was promoted to foreign secretary in September’s reshuffle, and the prime minister has since added responsibility for the Brexit negotiations to her workload after the resignation of David Frost earlier this month.

Liberal Democrats warned that issues vital to women and equal opportunities risk being “sidelined” as a result and called on Mr Johnson to hand the job to someone else.

But the Government Equalities Office rejected the claim, arguing that the party’s analysis related only to engagements made public on the government’s website, which did not reflect the full range of work carried out by ministers.

According to the Lib Dems, a total of 11 engagements by Ms Truss as foreign secretary were announced during the month of December, including hosting a summit of G7 ministers in Liverpool, visiting Sweden and Spain and signing a joint declaration with Latvia just days after being pictured riding a tank in the Baltic state.

Meanwhile, she held her first phone talks with European Commission vice-president Maroš Šefčovič in the long-running saga of the Northern Ireland Protocol, which had involved Lord Frost in four negotiation sessions earlier in the month before his resignation.

But over the course of the month, just one equalities-related activity was publicly listed – an announcement on the extension of a public consultation on legislation to ban conversion therapy.

Lib Dem spokesperson for women and equalities Wera Hobhouse said that the ministerial role had been “neglected” by Conservative leaders since the days of the coalition, when Lib Dem minister Lynne Featherstone pushed through legislation for equal marriage and to promote gender diversity in the workplace.

“With inequalities rife across the country and so much work needing to be done to protect women and girls, now is not the time for a part-time minister,” said Ms Hobhouse.

“We need a minister for women and equalities with the time, energy and dedication to bring about real change. But Truss is treating this job as an afterthought, preferring to focus on jetting around the world to pose for photographs to fill her social media feed.

“We should be focusing on reducing inequality, particularly the gap between the richest and poorest, and ensuring we genuinely ‘level up’ our country. Instead, Boris Johnson has further marginalised this important portfolio and shown this is not a Conservative priority. “Liberal Democrats believe that the British people deserve a society where every person’s rights and liberties are protected. This is clearly not a priority for Liz Truss, so she should stand down and allow someone else to do the job.”

“Supported by a team of four equality ministers, the minister for women and equalities is taking steps to break down the barriers facing people across this country as we build back better,” said the spokesperson.

“Over the past year, the government has put forward proposals to ban LGBT conversion therapy, set out action to tackle sexual harassment in the workplace and launched a host of measures to support disabled people through the National Disability Strategy.”

Since 2010, the job of minister for women and equalities has been held by a secretary of state with a separate cabinet-level role, including Theresa May and Amber Rudd when they were home secretary, Nicky Morgan and Justine Greening as education secretary, Penny Mordaunt as defence secretary and Maria Miller as culture secretary.

The tax exemption owners must understand before renting out their home