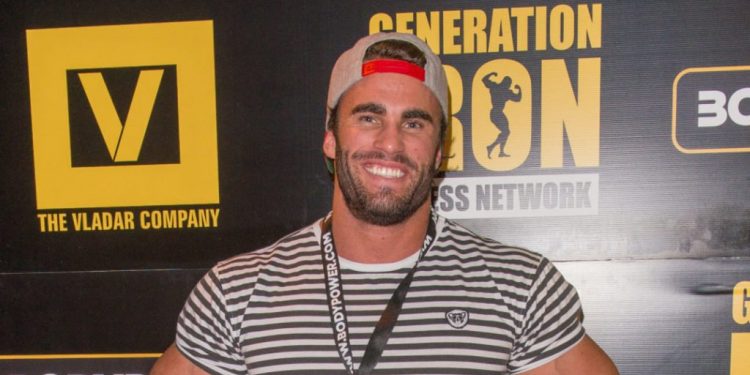 
Popular Australian bodybuilder and actor Calum von Moger endured a tragic incident at his home earlier this month when he “jumped” through a second-storey window on Friday 6th May and received several injuries.

Friends of the fitness star have offered an encouraging health update on his condition as the former Mr Universe was left fighting for his life but is now currently recovering.

Find out what people close to Calum have said about his state of recuperation after the near-fatal event.

31-year-old Calum von Moger “mysteriously leapt” from a second-storey window” on Friday 6th May 2022 and was placed in an induced coma.

A family friend of the bodybuilder exclusively told The Sun on Monday 16th May that “Calum is awake and recovering in hospital after surgery, he is surrounded by family and friends who are supporting him through this.”

The companion stated that Moger split his time between California and Australia and returned home late last year.

Fellow bodybuilder and YouTube creator Nick Trigilli claimed that the three-time Mr Universe winner was under the influence of drugs at the time of the incident after battling addiction.

On Sunday 15th May, Trigilli uploaded a video onto his BodyBuilding & BS channel, revealing that the hospital was supposedly keeping him in a coma for so long because “he had a lot of trauma to his head and his brain” and they “had to wait until the swelling had gone down.”

The social media star further updated fans with encouraging news regarding his surgery: “So far, all I can tell you is that he did have surgery on his spine, now he is definitely not paralyzed as far as I know.”

However, Trigilli stated that “if you get surgery on your spine, if there are broken bones, that’s going to be a very long recovery.”

On a positive note, Calum’s fellow fitness pal stated that “as long as the guy is alive, as long as he is not paralyzed, as long as his brain or head is not severely injured, that is all we can ask for hereafter what he just put himself through.”

Bodybuilder suffers injuries after he “jumped from window”

Calum von Moger, perhaps best known for his portrayal of Arnold Schwarzenegger in the 2018 film Biggerseriously injured his spine after enduring the fall in early May.

Generation Iron reports that the bodybuilder received several cuts from a glass panel as well as an injured back and underwent major surgery before recovering in ICU.

The Sun stated that disturbing photographs emerged showing the damage at Calum von Moger’s home in Geelong, a city southwest of Melbourne, including boarded-up windows and shattered glass displayed on the ground.

BodyBuilding & BS host Nick Trigilli also suggested that Moger will have to kick his drug habit in addition to recovering, claiming it’s going to be a long road for both his physical and mental health.

Prior to the incident, reports claim that Calum was awaiting a court date (on May 26th) after being charged with criminal affray and drug possession and was on bail living with his brother.

If you are affected by any issues raised in the article or would like someone to speak to, please call the Samaritans for free on 116 123. You can also email them at [email protected] or visit samaritans.org to find your nearest branch in the UK. In the US, please visit Samaritans USA for more information.

In other news, How to get Burger King’s free whopper on May 18th and rules explained