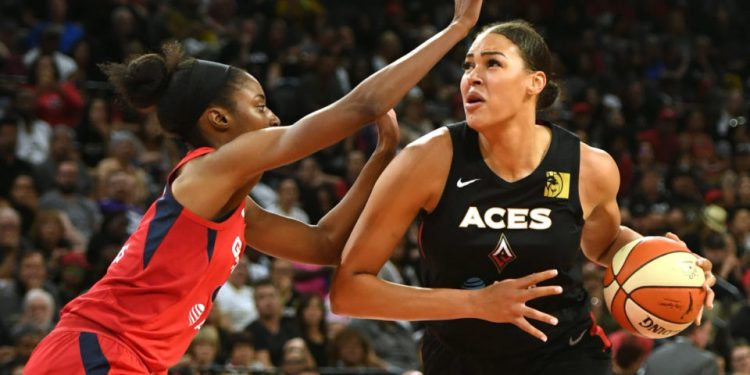 Australian basketball superstar Liz Cambage is reported to have verbally agreed to play for the Los Angeles Sparks in the WNBA.

ESPN reported that free-agent Cambage will link up with the Sparks, having played for the Las Vegas Aces since 2019.

Cambage, a four-time All-Star, averaged 14.2 points, 8.2 rebounds and 1.6 blocks last season for Las Vegas – who had the second-best record in the WNBA but fell to the Phoenix Mercury in the semi-finals.

The 30-year-old will joins a Sparks team aiming to rebound after missing the playoffs last season.

A 203-centimetre centre, Cambage is a two-time Olympian.

At the 2012 London Games, she became the first woman to dunk in Olympic competition, and Team Australia won the bronze medal.

She also played for the Opals in 2016 in Rio de Janeiro.

Cambage announced she wouldn’t play for Australia at the Tokyo Olympics, citing concern for her mental health. She has since declared she had “zero” interest in appearing at the Women’s World Cup to be held in Sydney in September.

Talks between Biden and Manchin on Build Back Better bill deadlocked